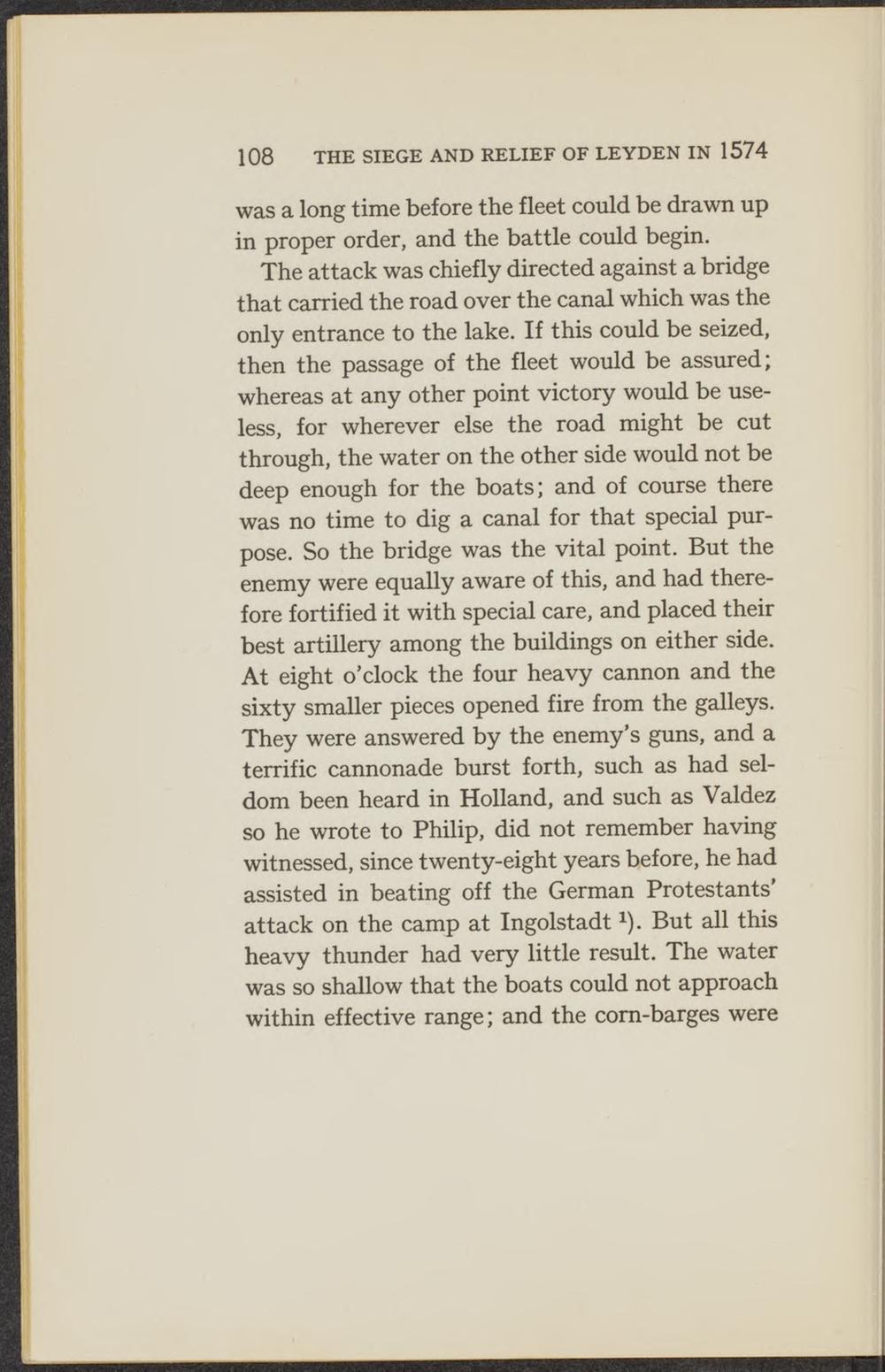 was a long time before the fleet could be drawn up in proper order, and the battle could begin.

The attack was chiefly directed against a bridge that carried the road over the canal which was the only entrance to the lake. If this could be seized, then the passage of the fleet would be assured; whereas at any other point victory would be useless, for wherever else the road might be cut through, the water on the other side would not be deep enough for the boats; and of course there was no time to dig a canal for that special purpose. So the bridge was the vital point. But the enemy were equally aware of this, and had therefore fortified it with special care, and placed their best artillery among the buildings on either side. At eight o'clock the four heavy cannon and the sixty smaller pieces opened fire from the galleys. They were answered by the enemy's guns, and a terrific cannonade burst forth, such as had seldom been heard in Holland, and such as Valdez so he wrote to Philip, did not remember having witnessed, since twenty-eight years before, he had assisted in beating off the German Protestants' attack on the camp at Ingolstadt But all this heavy thunder had very little result. The water was so shallow that the boats could not approach within effective range; and the corn-barges were