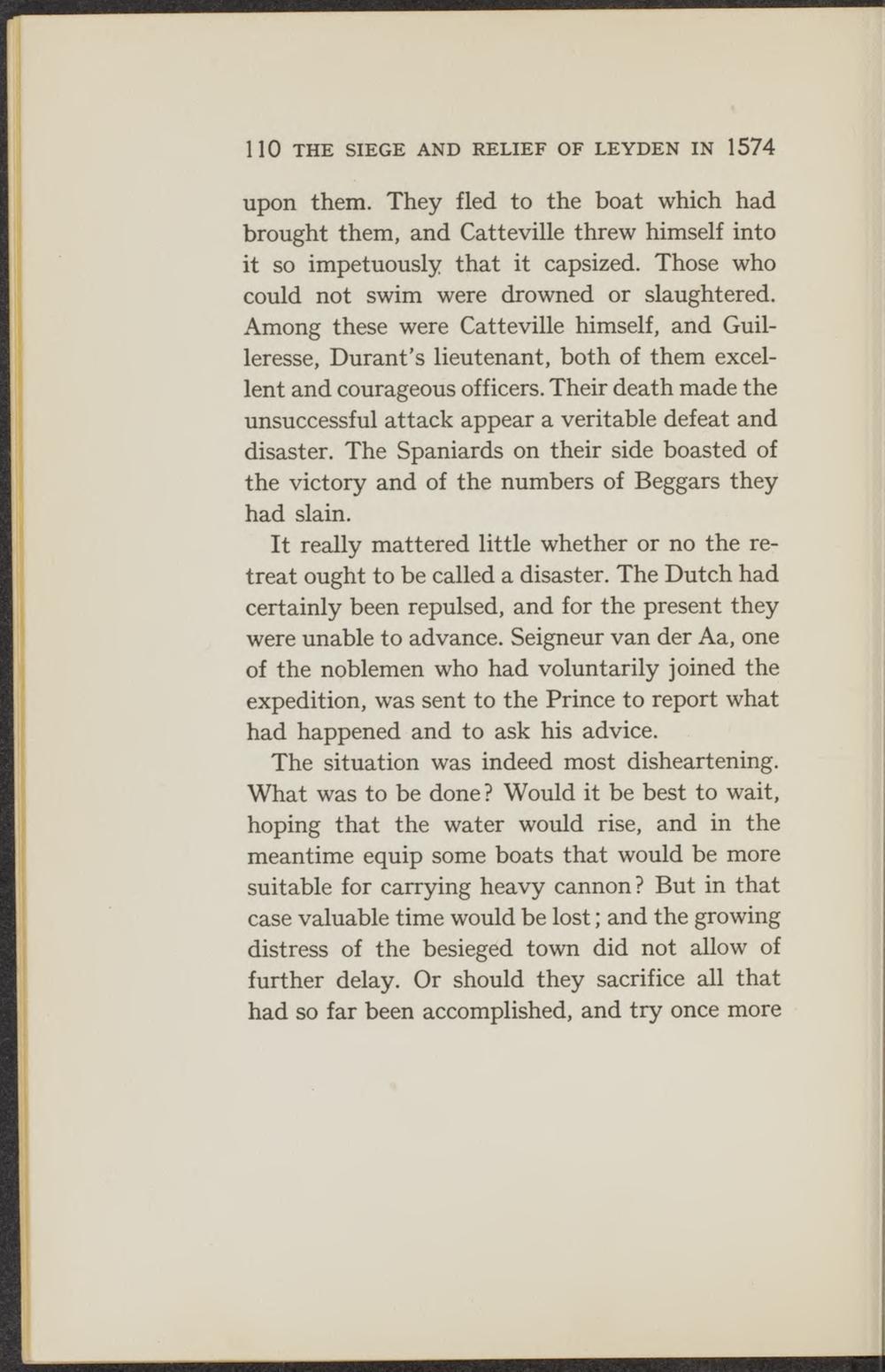 upon them. They fled to the boat which had brought them, and Catteville threw himself into it so impetuously that it capsized. Those who could not swim were drowned or slaughtered. Among these were Catteville himself, and Guilleresse, Durant's lieutenant, both of them excellent and courageous officers. Their death made the unsuccessful attack appear a veritable defeat and disaster. The Spaniards on their side boasted of the victory and of the numbers of Beggars they had slain.

It really mattered little whether or no the retreat ought to be called a disaster. The Dutch had certainly been repulsed, and for the present they were unable to advance. Seigneur van der Aa, one of the noblemen who had voluntarily joined the expedition, was sent to the Prince to report what had happened and to ask his advice.

The situation was indeed most disheartening. What was to be done? Would it be best to wait, hoping that the water would rise, and in the meantime equip some boats that would be more suitable for carrying heavy cannon? But in that case valuable time would be lost; and the growing distress of the besieged town did not allow of further delay. Or should they sacrifice all that had so far been accomplished, and try once more