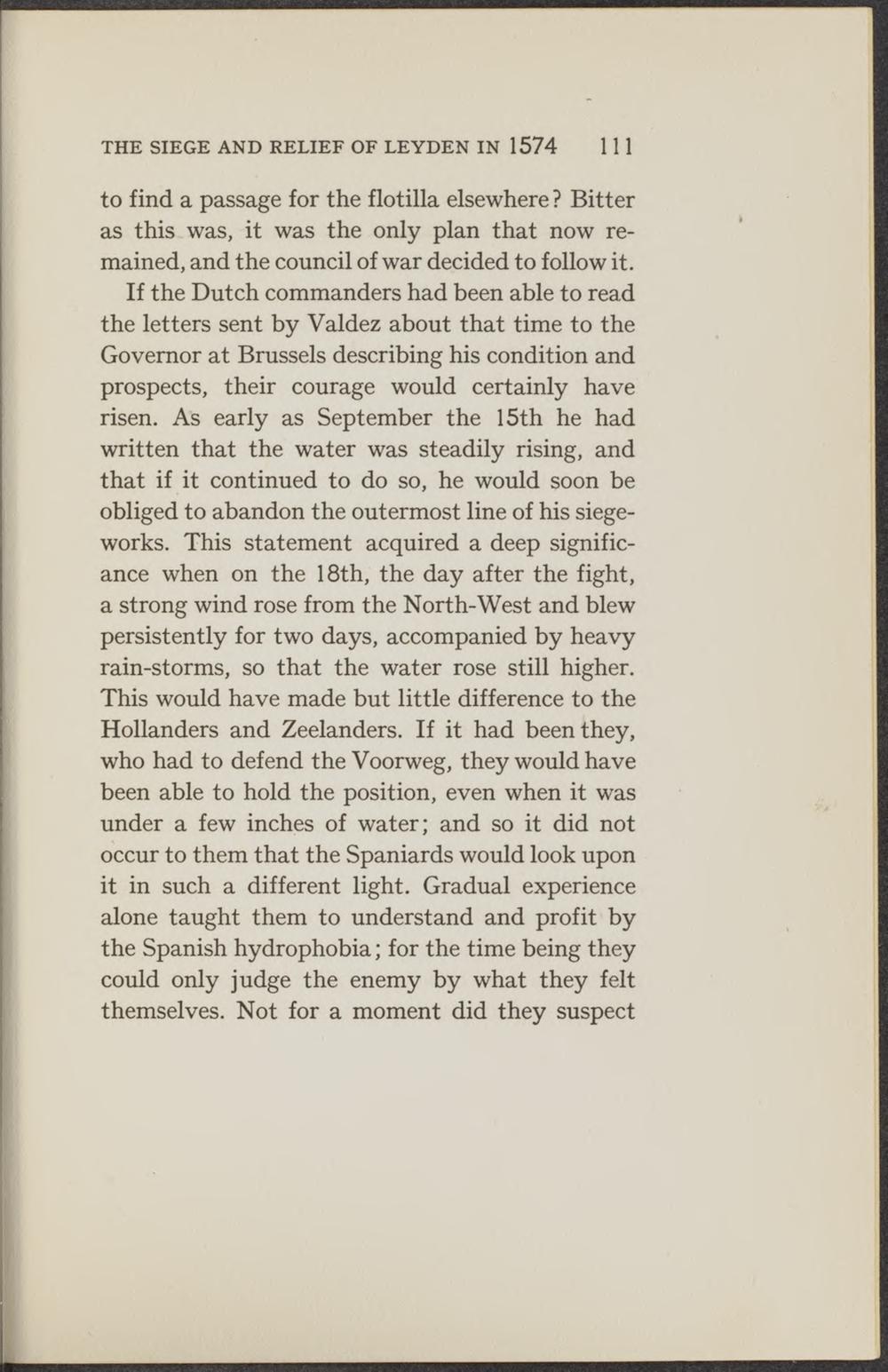 to find a passage for the flotilla elsewhere? Bitter as this. was, it was the only plan that now remained, and the council of war decided to folio w it.

If the Dutch commanders had been able to read the letters sent by Valdez about that time to the Governor at Brussels describing his condition and prospects, their courage would certainly have risen. As early as September the 15th he had written that the water was steadily rising, and that if it continued to do so, he would soon be obliged to abandon the outermost line of his siegeworks. This statement acquired a deep significance when on the 18th, the day after the fight, a strong wind rose from the North-West and blew persistently for two days, accompanied by heavy rain-storms, so that the water rose still higher. This would have made but little difference to the Hollanders and Zeelanders. If it had been they, who had to defend the Voorweg, they would have been able to hold the position, even when it was under a few inches of water; and so it did not occur to them that the Spaniards would look upon it in such a different light. Gradual experience alone taught them to understand and profit by the Spanish hydrophobia; for the time being they could only judge the enemy by what they feit themselves. Not for a moment did they suspect