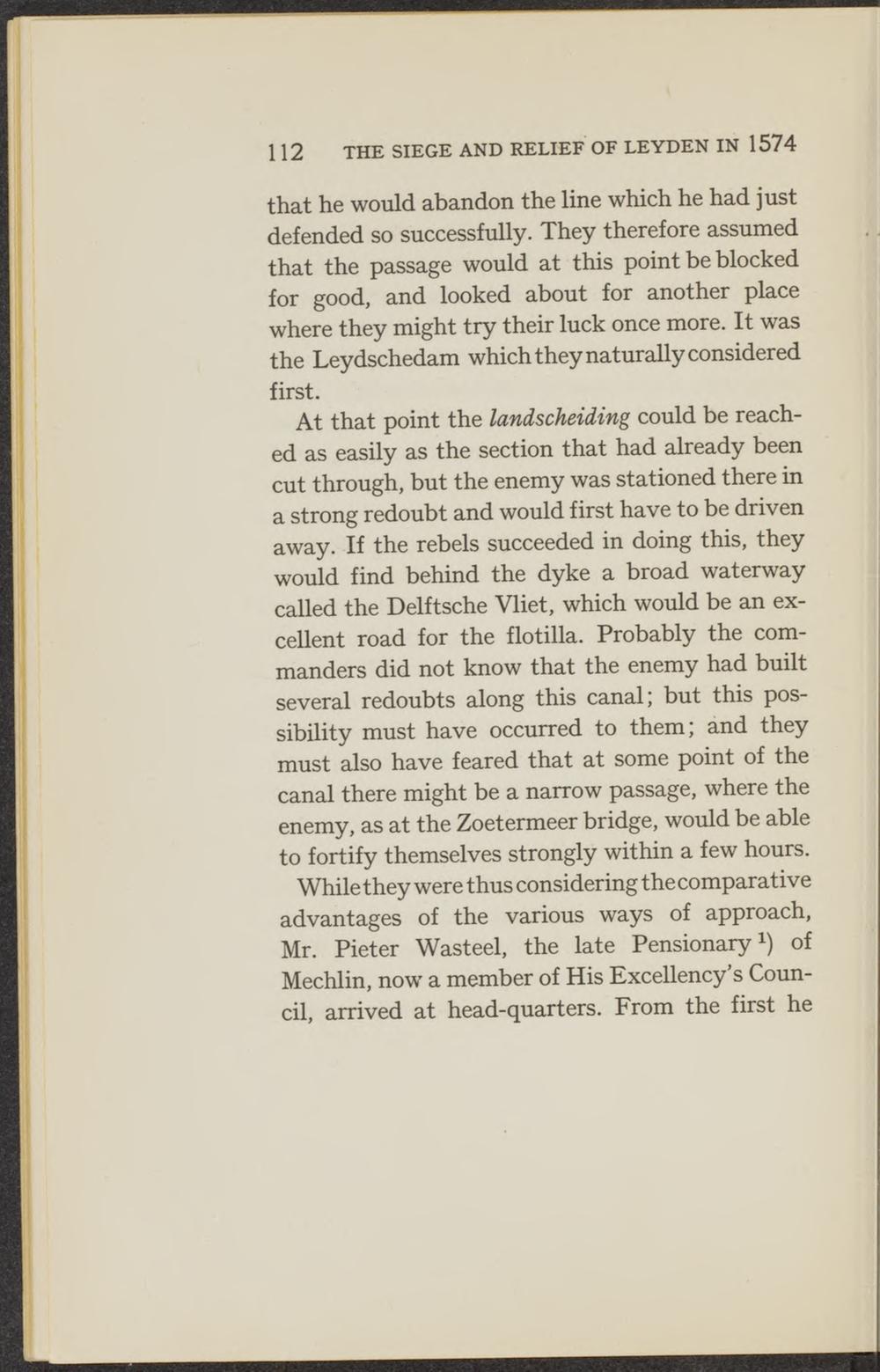 that he would abandon the line which he had just defended so successfully. They therefore assumed that the passage would at this point be blocked for good, and looked about for another place where they might try their luck once more. It was the Leydschedam whichtheynaturallyconsidered first.

At that point the landscheiding could be reached as easily as the section that had already been cut through, but the enemy was stationed there in a strong redoubt and would first have to be driven away. If the rebels succeeded in doing this, they would find behind the dyke a broad waterway called the Delftsche Vliet, which would be an excellent road for the flotilla. Probably the commanders did not know that the enemy had built several redoubts along this canal; but this possibility must have occurred to them; and they must also have feared that at some point of the canal there might be a narrow passage, where the enemy, as at the Zoetermeer bridge, would be able to fortify themselves strongly within a few hours.

Wriüetheyweretbusconsideringthecomparative advantages of the various ways of approach, Mr. Pieter Wasteel, the late Pensionary1) of Mechlin, now a member of His Excellency's Council, arrived at head-quarters. From the first he