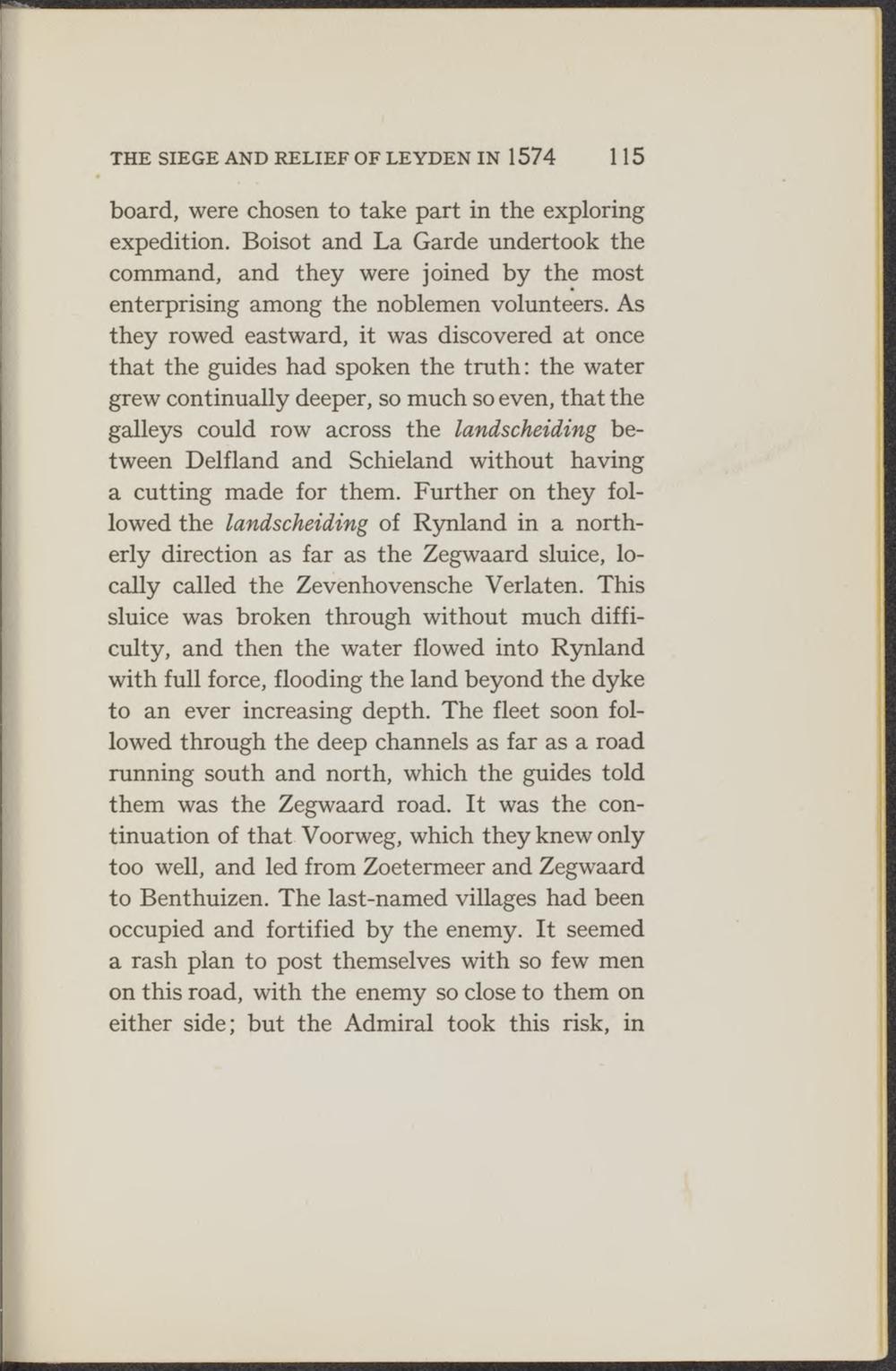 board, were chosen to take part in the exploring expedition. Boisot and La Garde undertook the command, and they were joined by the most enterprising among the noblemen volunteers. As they rowed eastward, it was discovered at once that the guides had spoken the truth: the water grew continually deeper, so much so even, that the galleys could row across the landscheiding between Delfland and Schieland without ha ving a cutting made for them. Further on they followed the landscheiding of Rynland in a northerly direction as far as the Zegwaard sluice, locally called the Zevenhovensche Verlaten. This sluice was broken through without much difficulty, and then the water flowed into Rynland with full force, flooding the land beyond the dyke to an ever increasing depth. The fleet soon followed through the deep channels as far as a road running south and north, which the guides told them was the Zegwaard road. It was the continuation of that Voorweg, which they knew only too well, and led from Zoetermeer and Zegwaard to Benthuizen. The last-named villages had been occupied and fortified by the enemy. It seemed a rash plan to post themselves with so few men on this road, with the enemy so close to them on either side; but the Admiral took this risk, in