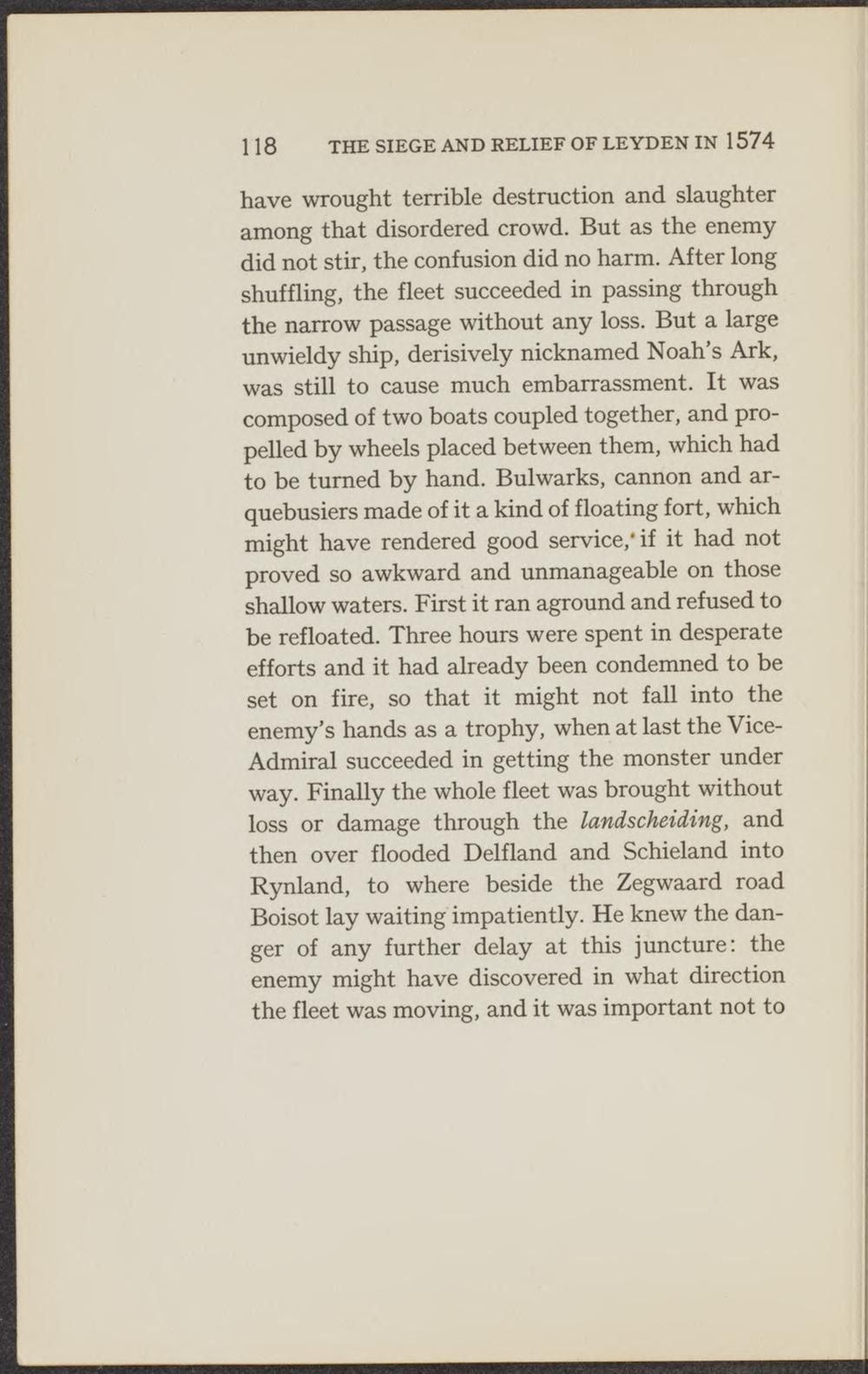 have wrought terrible destruction and slaughter among that disordered crowd. But as the enemy did not stir, the confusion did no harm. After long shuffling, the fleet succeeded in passing through the narrow passage without any loss. But a large unwieldy ship, derisively nicknamed Noah's Ark, was still to cause much embarrassment. It was composed of two boats coupled together, and propelled by wheels placed between them, which had to be turned by hand. Bulwarks, cannon and arquebusiers made of it a kind of floating fort, which might have rendered good service,* if it had not proved so awkward and unmanageable on those shallow waters. First it ran aground and refused to be refloated. Three hours were spent in desperate efforts and it had already been condemned to be set on fire, so that it might not fall into the enemy's hands as a trophy, when at last the ViceAdmiral succeeded in getting the monster under way. Finally the whole fleet was brought without loss or damage through the landscheiding, and then over flooded Delfland and Schieland into Rynland, to where beside the Zegwaard road Boisot lay waiting impatiently. He knew the danger of any further delay at this juncture: the enemy might have discovered in what direction the fleet was moving, and it was important not to