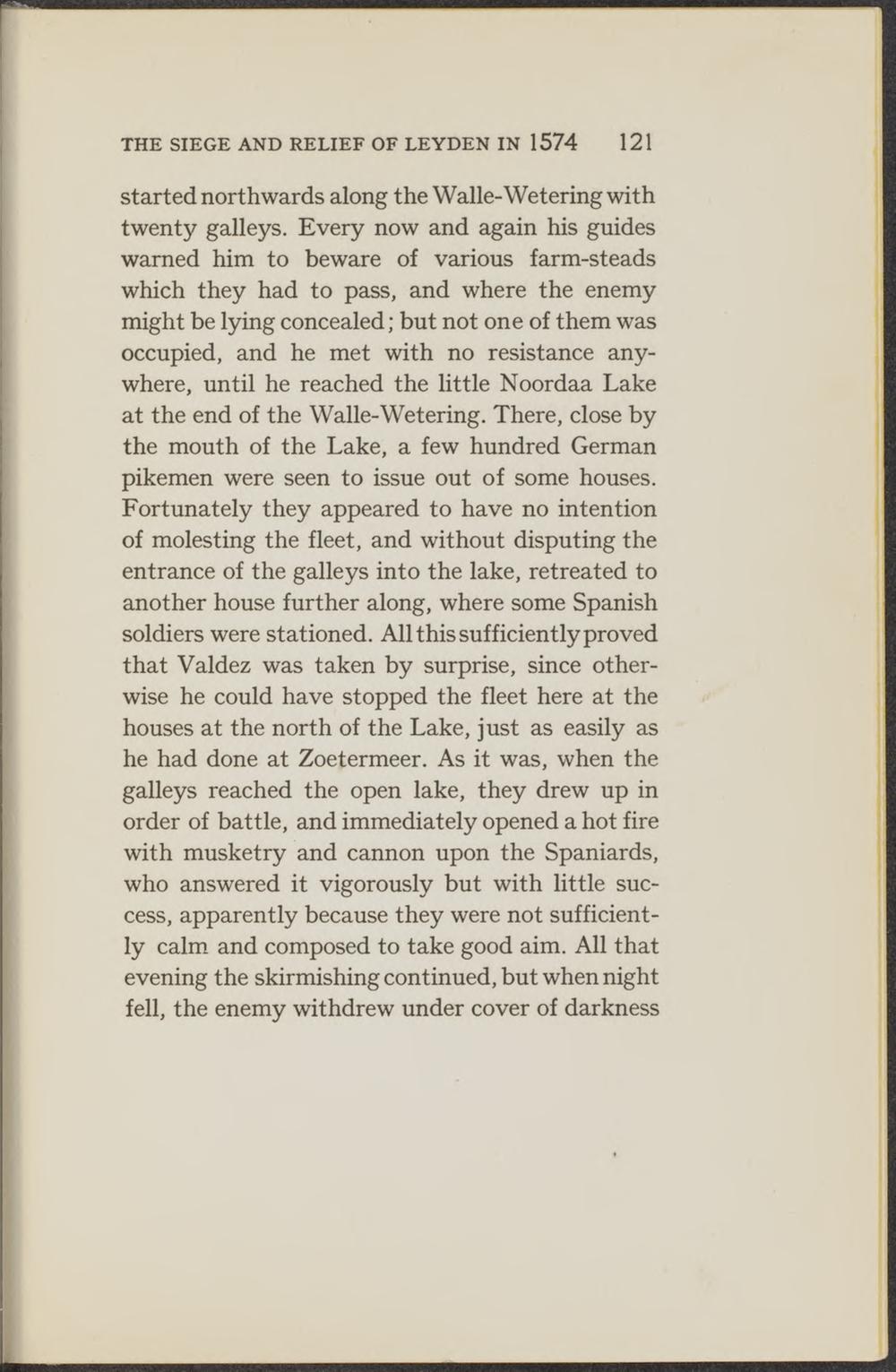 started northwards along the Walle-Wetering with twenty galleys. Every now and again his guides warned him to beware of various farm-steads which they had to pass, and where the enemy might be lying concealed; but not one of them was occupied, and he met with no resistance anywhere, until he reached the little Noordaa Lake at the end of the Walle-Wetering. There, close by the mouth of the Lake, a few hundred German pikemen were seen to issue out of some houses. Fortunately they appeared to have no intention of molesting the fleet, and without disputing the entrance of the galleys into the lake, retreated to another house further along, where some Spanish soldiers were stationed. All this sufficientlyproved that Valdez was taken by surprise, since otherwise he could have stopped the fleet here at the houses at the north of the Lake, just as easily as he had done at Zoetermeer. As it was, when the galleys reached the open lake, they drew up in order of battle, and immediately opened a hot fire with musketry and cannon upon the Spaniards, who answered it vigorously but with little success, apparently because they were not sufficiently calm and composed to take good aim. All that evening the skirmishing continued, but when night feil. the enemv withdrew under cover of darkness