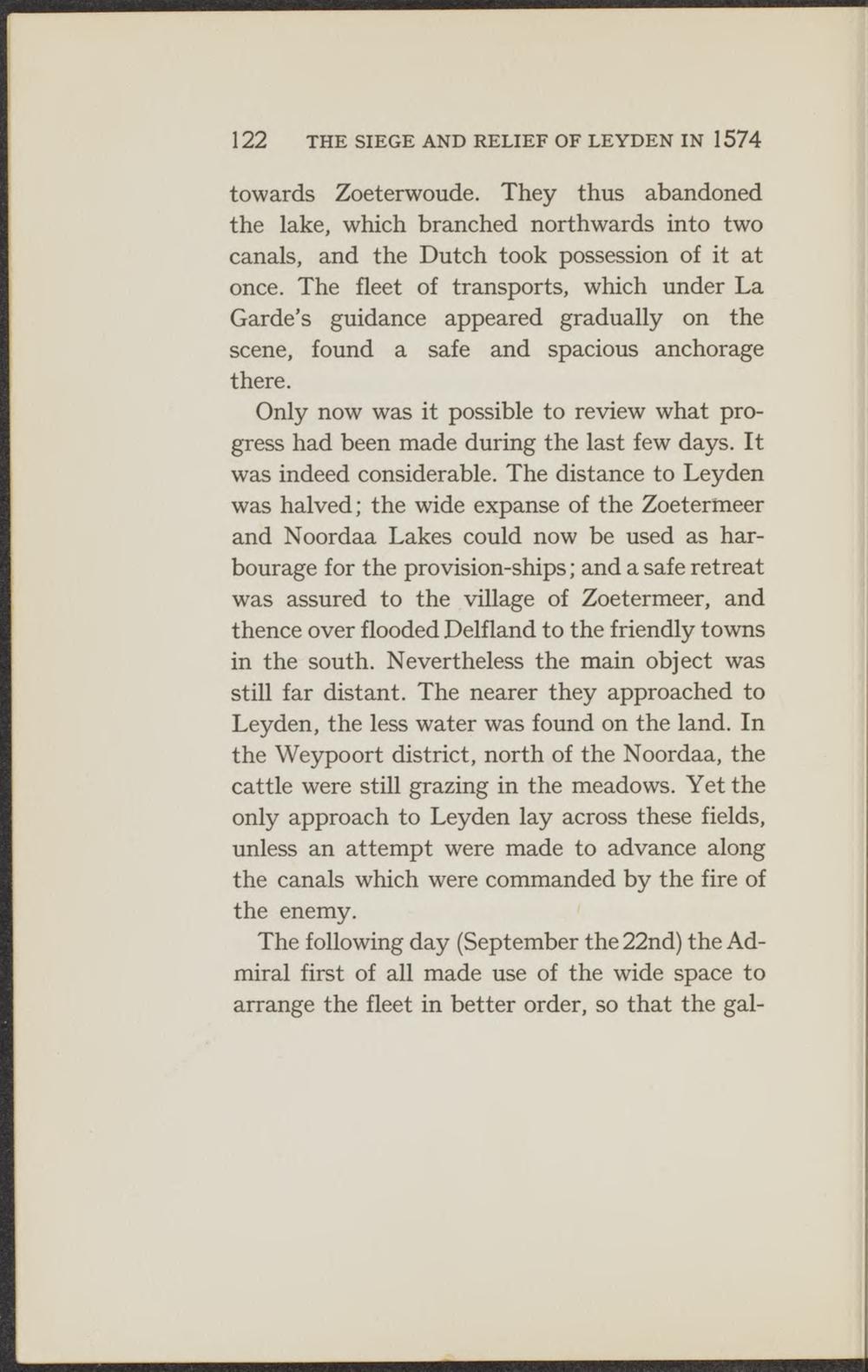 towards Zoeterwoude. They thus abandoned the lake, which branched northwards into two canals, and the Dutch took possession of it at once. The fleet of transports, which under La Garde's guidance appeared gradually on the scène, found a safe and spacious anchorage there.

Only now was it possible to review what progress had been made during the last few days. It was indeed considerable. The distance to Leyden was halved; the wide expanse of the Zoetermeer and Noordaa Lakes could now be used as harbourage for the provision-ships; and a safe retreat was assured to the village of Zoetermeer, and thence over flooded Delfland to the friendly towns in the south. Nevertheless the main object was still far distant. The nearer they approached to Leyden, the less water was found on the land. In the Weypoort district, north of the Noordaa, the cattle were still grazing in the meadows. Yet the only approach to Leyden lay across these fields, unless an attempt were made to advance along the canals which were commanded by the fire of the enemy.

The f ollowing day (September the 22nd) the Admiral first of all made use of the wide space to arrange the fleet in better order, so that the gal-