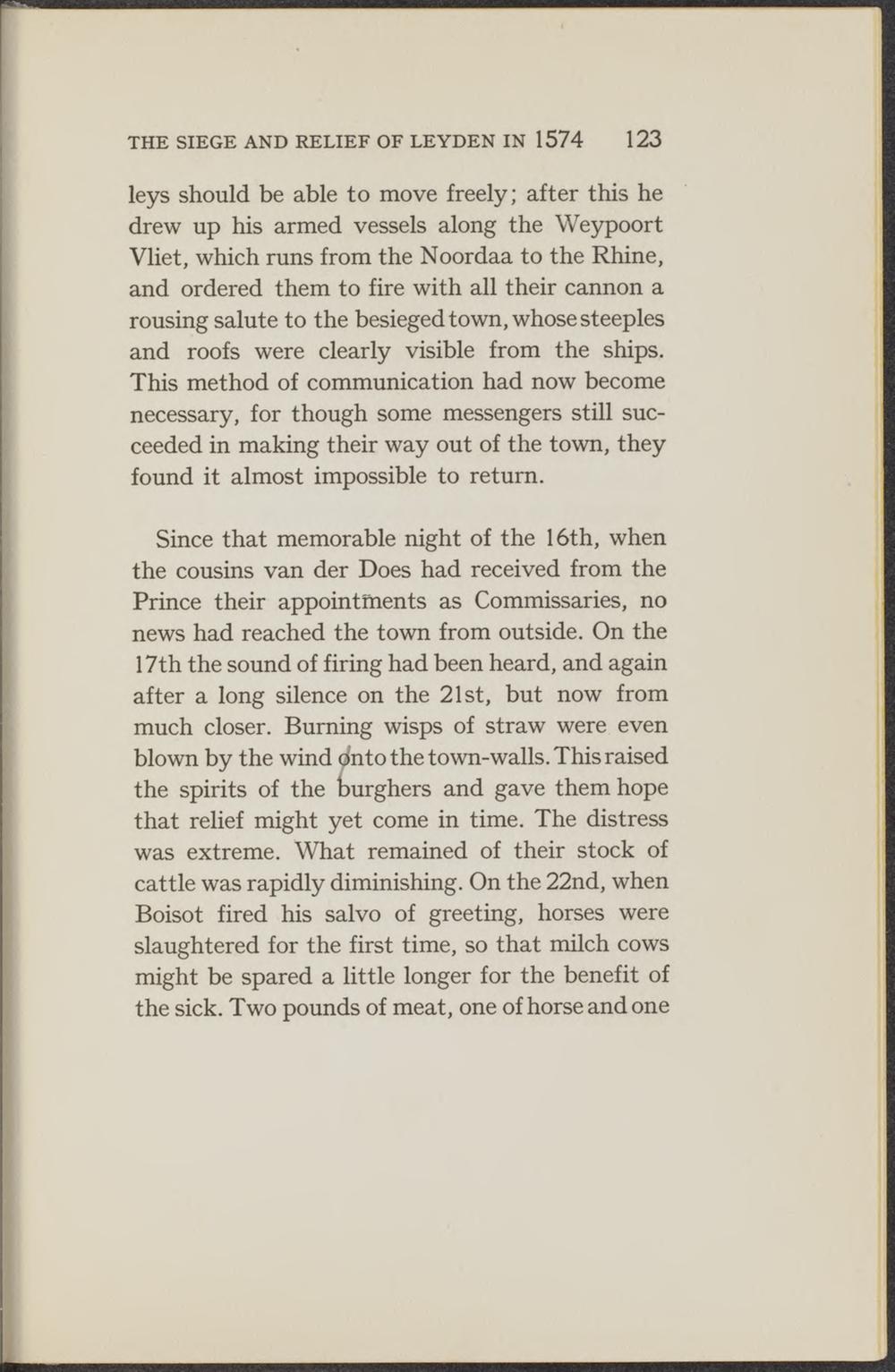 leys should be able to move freely; after this he drew up his armed vessels along the Weypoort Vliet, which runs from the Noordaa to the Rhine, and ordered them to fire with all their cannon a rousing salute to the besieged town, whose steeples and roofs were clearly visible from the ships. This method of communication had now become necessary, for though some messengers still succeeded in making their way out of the town, they found it almost impossible to return.

Since that memorable night of the 16th, when the cousins van der Does had received from the Prince their appointments as Commissaries, no news had reached the town from outside. On the 17th the sound of firing had been heard, and again after a long silence on the 21st, but now from much closer. Burning wisps of straw were even blown by the wind cmto the town-walls. This raised the spirits of the burghers and gave them hope that reliëf might yet come in time. The distress was extreme. What remained of their stock of cattle was rapidly dinühishing. On the 22nd, when Boisot fired bis salvo of greeting, horses were slaughtered for the first time, so that milch cows might be spared a little longer for the benefit of the sick. Two pounds of meat, one of horse and one