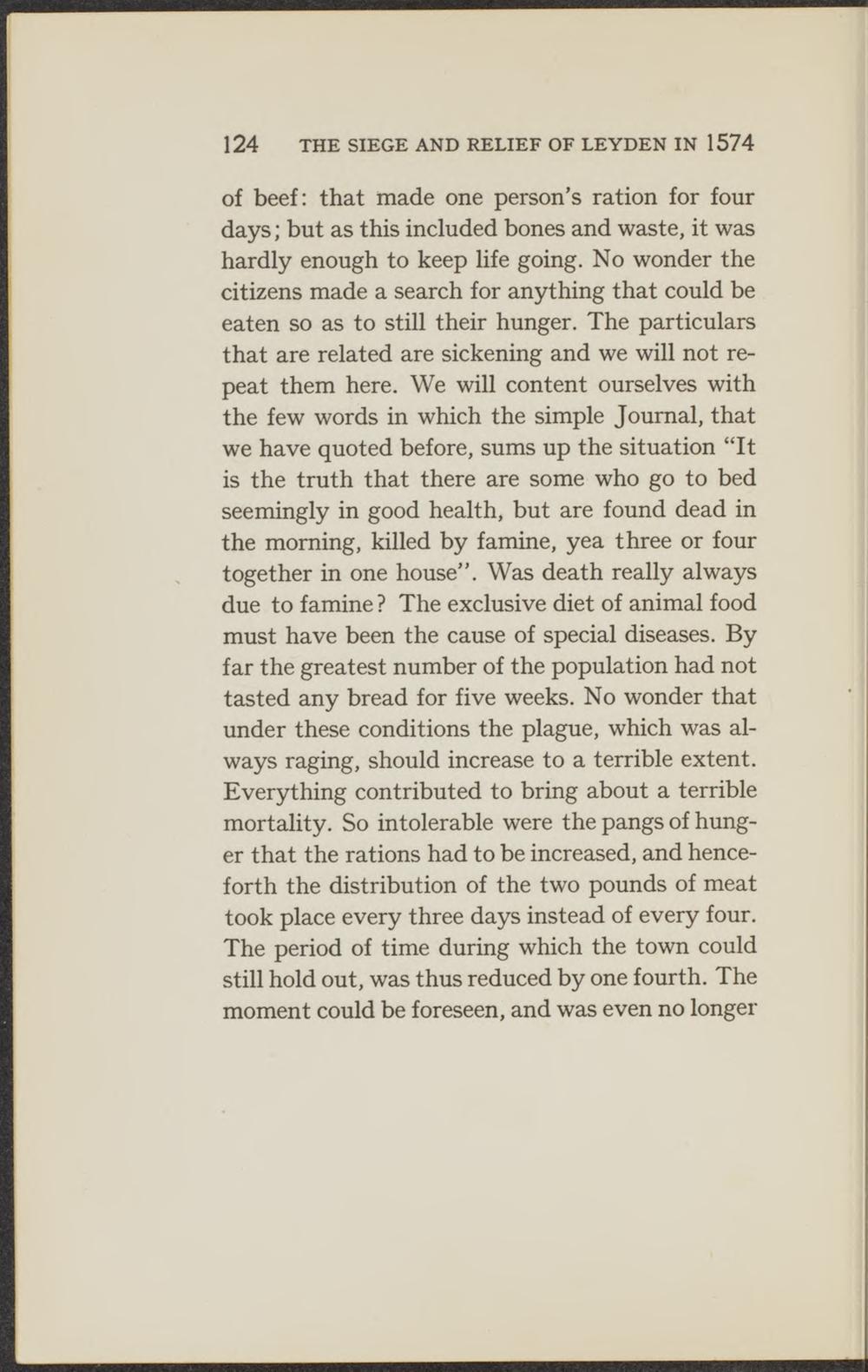 of beef: that made one person's ration for four days; but as this included bones and waste, it was hardly enough to keep üfe going. No wonder the citizens made a search for anything that could be eaten so as to still their hunger. The particulars that are related are sickening and we will not repeat them here. We will content ourselves with the few words in which the simple Journal, that we have quoted before, sums up the situation "It is the truth that there are some who go to bed seemingly in good health, but are found dead in the morning, killed by famine, yea three or four together in one house". Was death really always due to famine? The exclusive diet of animal food must have been the cause of special diseases. By far the greatest number of the population had not tasted any bread for five weeks. No wonder that under these conditions the plague, which was always raging, should increase to a terrible extent. Everything contributed to bring about a terrible mortality. So intolerable were the pangs of hunger that the rations had to be increased, and henceforth the distribution of the two pounds of meat took place every three days instead of every four. The period of time during which the town could still hold out, was thus reduced by one fourth. The moment could be foreseen, and was even no longer