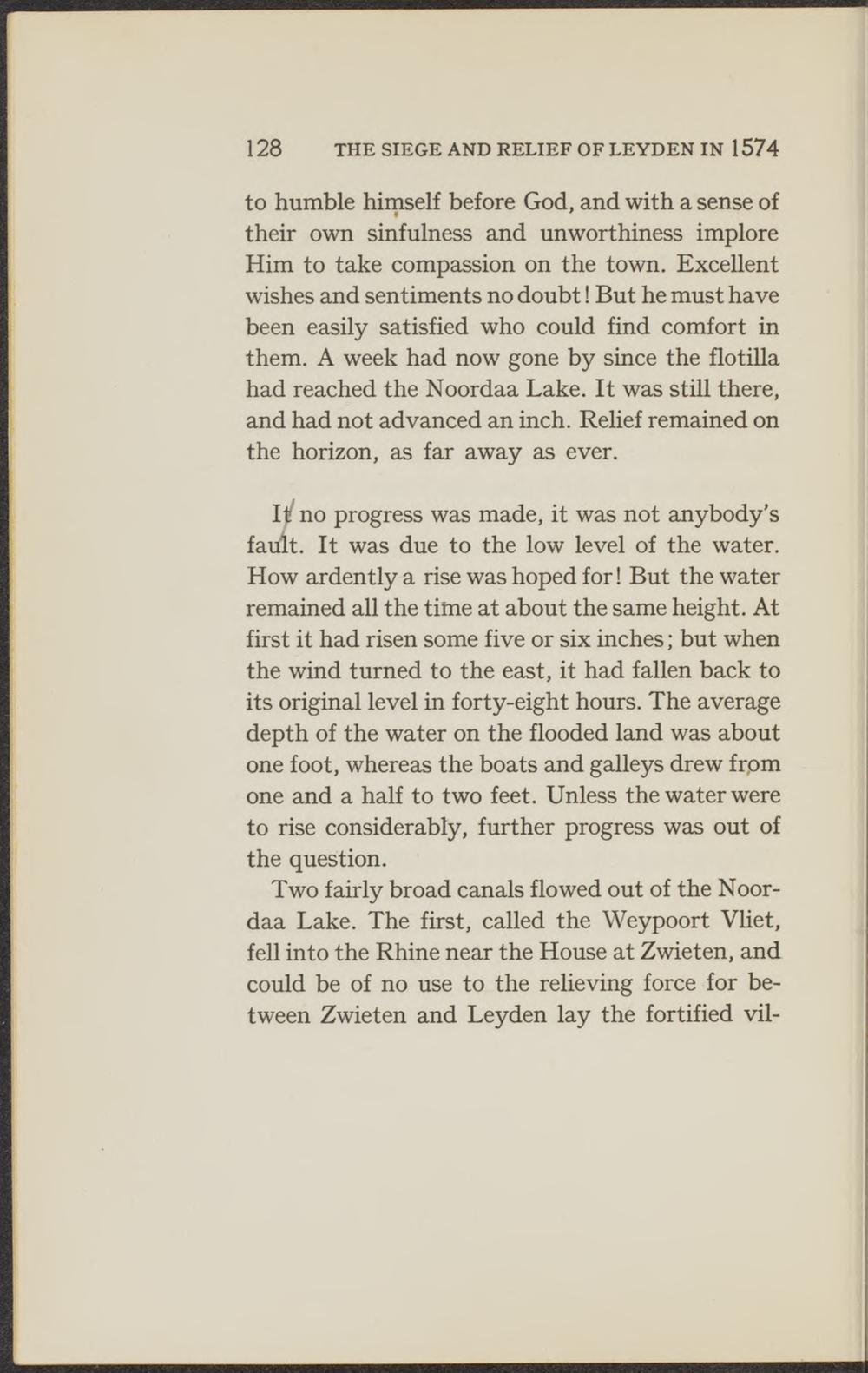 to humble himself before God, and with a sense of their own sinfulness and unworthiness implore Him to take compassion on the town. Excellent wishes and sentiments no doubt! But he must have been easily satisfied who could find comfort in them. A week had now gone by since the flotilla had reached the Noordaa Lake. It was still there, and had not advanced an inch. Reliëf remained on the horizon, as far away as ever.

It no progress was made, it was not anybody's faült. It was due to the low level of the water. How ardently a rise was hoped for! But the water remained all the time at about the same height. At first it had risen some five or six inches; but when the wind turned to the east, it had fallen back to its original level in forty-eight hours. The average depth of the water on the flooded land was about one foot, whereas the boats and galleys drew frpm one and a half to two feet. Unless the water were to rise considerably, further progress was out of the question.

Two fairly broad canals flowed out of the Noordaa Lake. The first, called the Weypoort Vliet, feil into the Rhine near the House at Zwieten, and could be of no use to the relieving force for between Zwieten and Leyden lay the fortified vil-