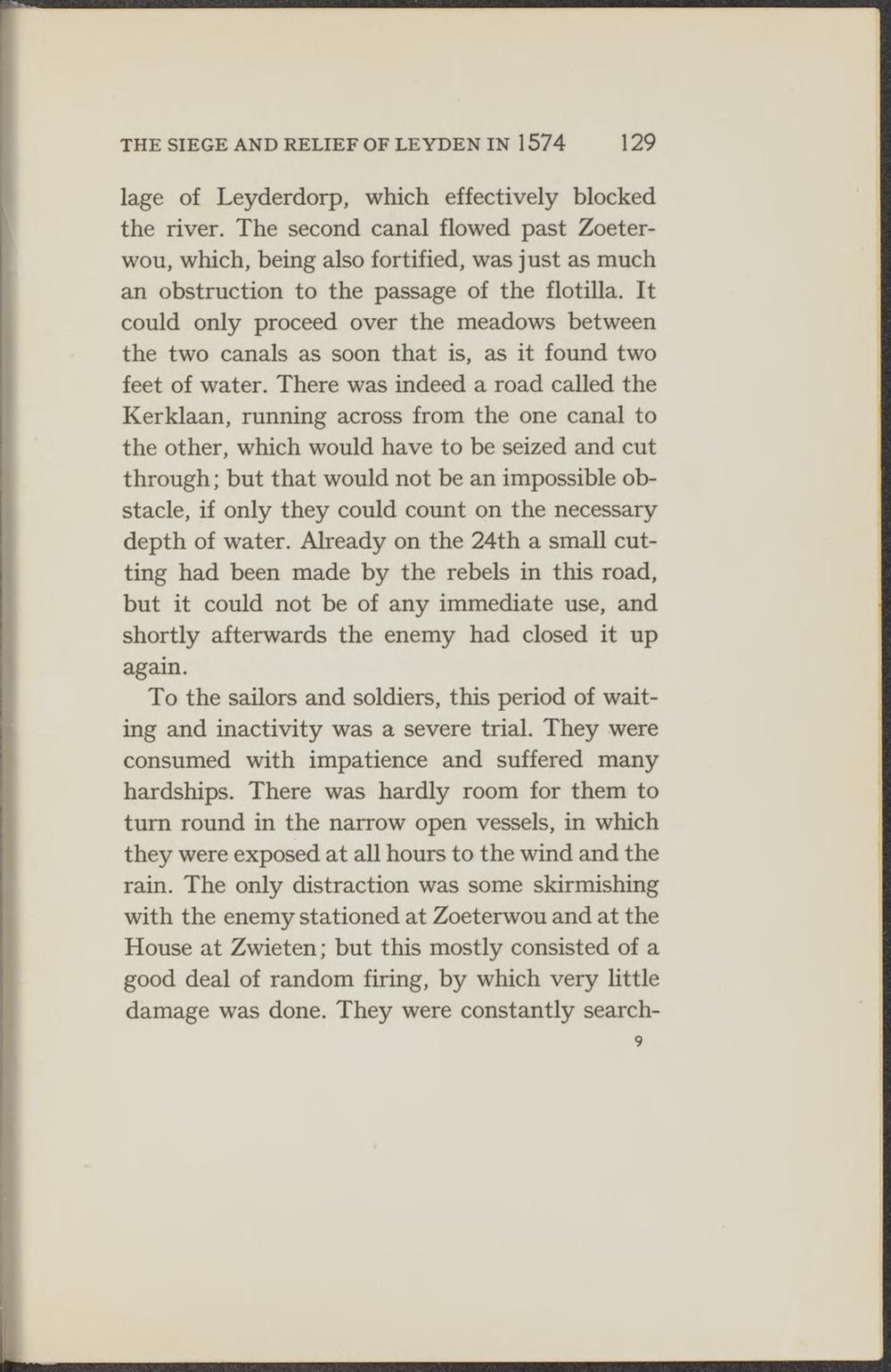 lage of Leyderdorp, which effectively blocked the river. The second canal flowed past Zoeterwou, which, being also fortified, was just as much an obstruction to the passage of the flotilla. It could only proceed over the meadows between the two canals as soon that is, as it found two feet of water. There was indeed a road called the Kerklaan, running across from the one canal to the other, which would have to be seized and cut through; but that would not be an impossible obstacle, if only they could count on the necessary depth of water. Already on the 24th a small cutting had been made by the rebels in this road, but it could not be of any immediate use, and shortly afterwards the enemy had closed it up again.

To the sailors and soldiers, this period of waiting and inactivity was a severe trial. They were consumed with impatience and suffered many hardships. There was hardly room for them to turn round in the narrow open vessels, in which they were exposed at all hours to the wind and the

with the enemy stationed at Zoeterwou and at the House at Zwieten; but this mostly consisted of a good deal of random firing, by which very little damage was done. They were constantly search-