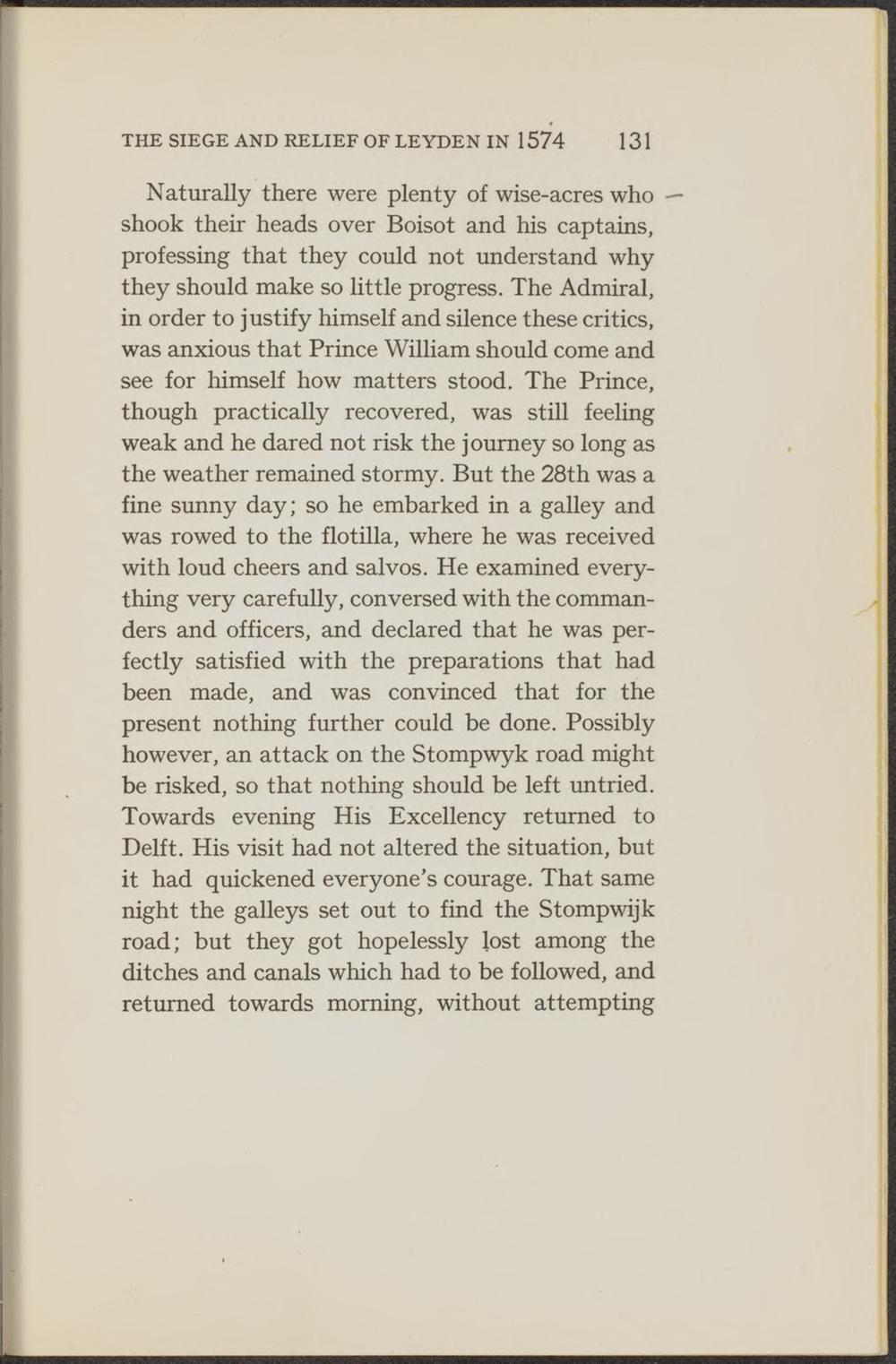 Naturally there were plenty of wise-acres who — shook their heads over Boisot and his captains, professing that they could not understand why they should make so little progress. The Admiral, in order to justify himself and silence these critics, was anxious that Prince William should come and see for himself how matters stood. The Prince, though practically recovered, was still feeling weak and he dared not risk the journey so long as the weather remained stormy. But the 28th was a fine sunny day; so he embarked in a galley and was rowed to the flotilla, where he was received with loud cheers and salvos. He examined everything very carefully, conversed with the cornmanders and officers, and declared that he was perfectly satisfied with the preparations that had been made, and was convinced that for the present nothing further could be done. Possibly however, an attack on the Stompwyk road might be risked, so that nothing should be left untried. Towards evening His Excellency returned to Delft. His visit had not altered the situation, but it had quickened everyone's courage. That same night the galleys set out to find the Stompwijk road; but they got hopelessly lost among the ditches and canals which had to be followed, and returned towards morning, without attempting