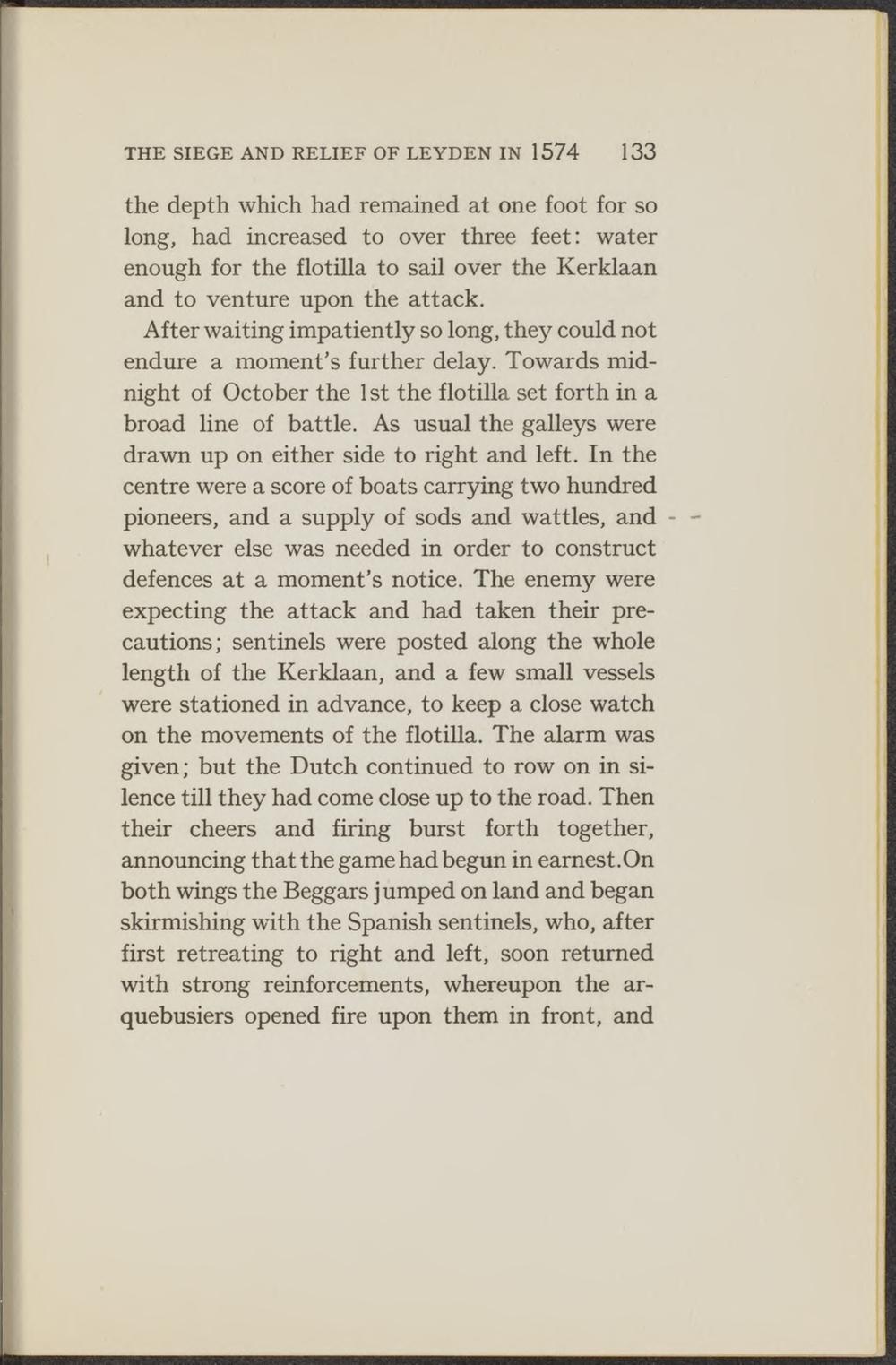 the depth which had remained at one foot for so long, had increased to over three feet: water enough for the flotilla to sail over the Kerklaan and to venture upon the attack.

After waiting impatiently so long, they could not endure a moment's further delay. Towards midnight of October the lst the flotilla set forth in a broad line of battle. As usual the galleys were drawn up on either side to right and left. In the centre were a score of boats carrying two hundred pioneers, and a supply of sods and wattles, and - whatever else was needed in order to construct defences at a moment's notice. The enemy were expecting the attack and had taken their precautions; sentinels were posted along the whole length of the Kerklaan, and a few small vessels were stationed in advance, to keep a close watch on the movements of the flotilla. The alarm was given; but the Dutch continued to row on in silence till they had come close up to the road. Then their cheers and firing burst forth together, announcing that the game had begun in earnest.On both wings the Beggars jumped on land and began skirmishing with the Spanish sentinels, who, after first retreating to right and left, soon returned with strong reinforcements, whereupon the arquebusiers opened fire upon them in front, and