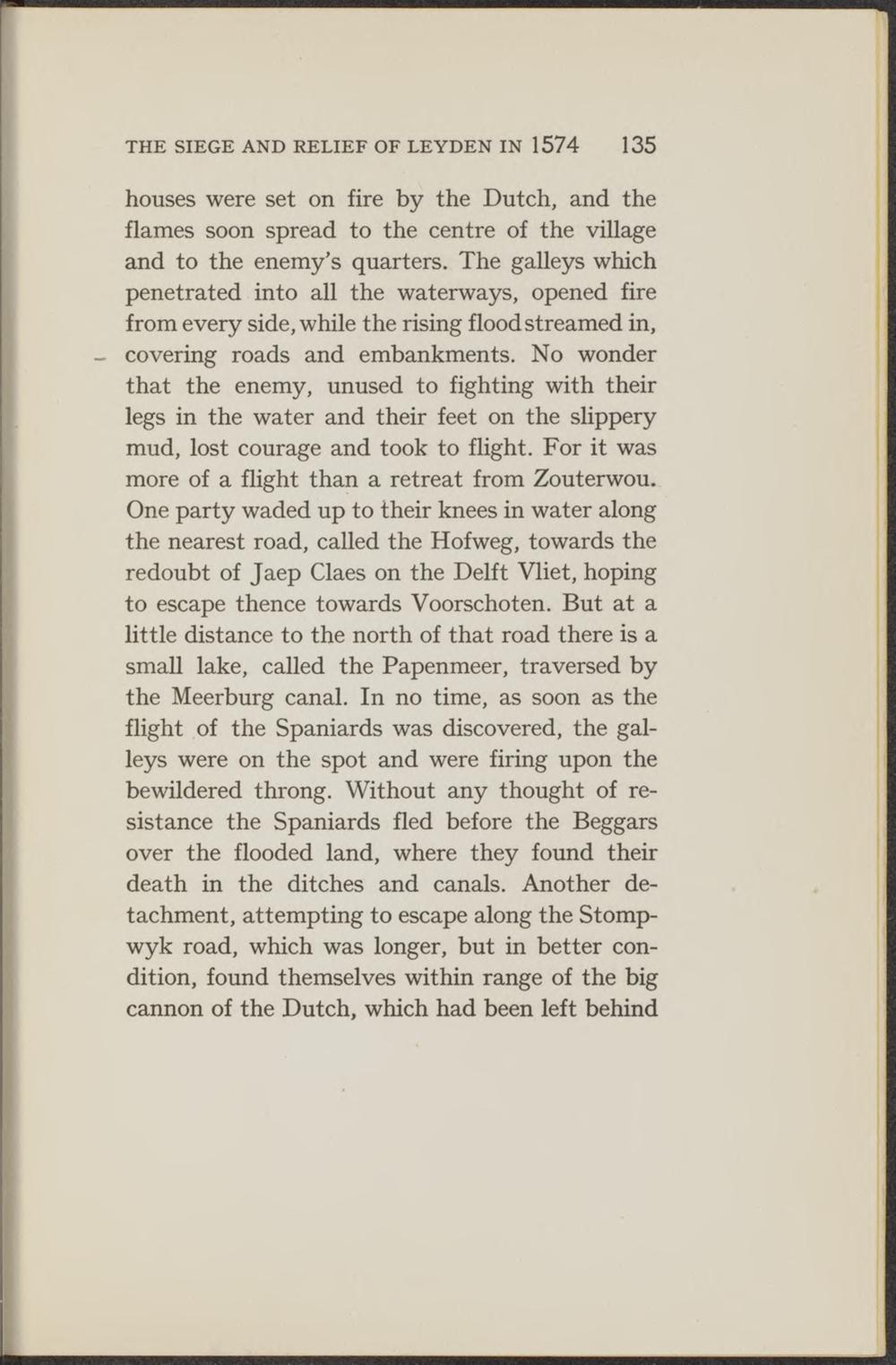 houses were set on fire by the Dutch, and the flames soon spread to the centre of the village and to the enemy's quarters. The galleys which penetrated into all the waterways, opened fire from every side, while the rising floodstreamed in, - covering roads and embankments. No wonder that the enemy, unused to fighting with their legs in the water and their feet on the slippery mud, lost courage and took to flight. For it was more of a flight than a retreat from Zouterwou. One party waded up to their knees in water along the nearest road, called the Hofweg, towards the redoubt of Jaep Claes on the Delft Vliet, hoping to escape thence towards Voorschoten. But at a little distance to the north of that road there is a small lake, called the Papenmeer, traversed by the Meerburg canal. In no time, as soon as the flight of the Spaniards was discovered, the galleys were on the spot and were firing upon the bewildered throng. Without any thought of resistance the Spaniards fled before the Beggars over the flooded land, where they found their death in the ditches and canals. Another detachment, attempting to escape along the Stompwyk road, which was longer, but in better condition, found themselves within range of the big cannon of the Dutch, which had been left behind