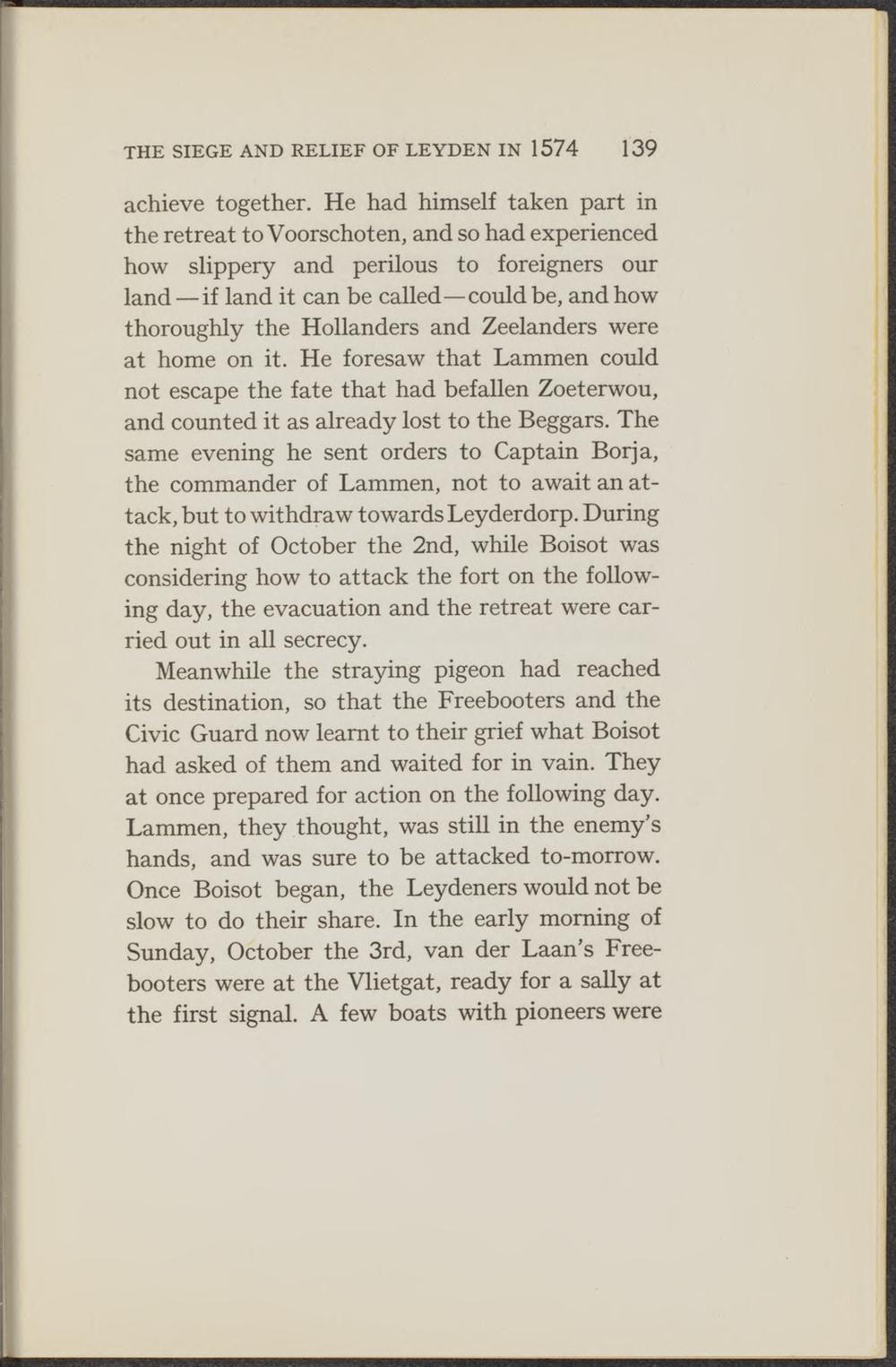 acbieve together. He had himself taken part in the retreat to Voorschoten, and so had experienced how slippery and perilous to foreigners our land—if land it can be called—could be, and how thoroughly the Hollanders and Zeelanders were at home on it. He foresaw that Lammen could not escape the fate that had befallen Zoeterwou, and counted it as already lost to the Beggars. The same evening he sent orders to Captain Borja, the commander of Lammen, not to await an attack, but to withdraw towards Leyderdorp. During the night of October the 2nd, while Boisot was considering how to attack the fort on the following day, the evacuation and the retreat were carried out in all secrecy.

Meanwhile the straying pigeon had reached its destination, so that the Freebooters and the Civic Guard now learnt to their grief what Boisot had asked of them and waited for in vain. They at once prepared for action on the following day. Lammen, they thought, was still in the enemy's hands, and was sure to be attacked to-morrow. Once Boisot began, the Leydeners would not be slow to do their share. In the early morning of Sunday, October the 3rd, van der Laan's Freebooters were at the Vlietgat, ready for a sally at the first signal. A few boats with pioneers were