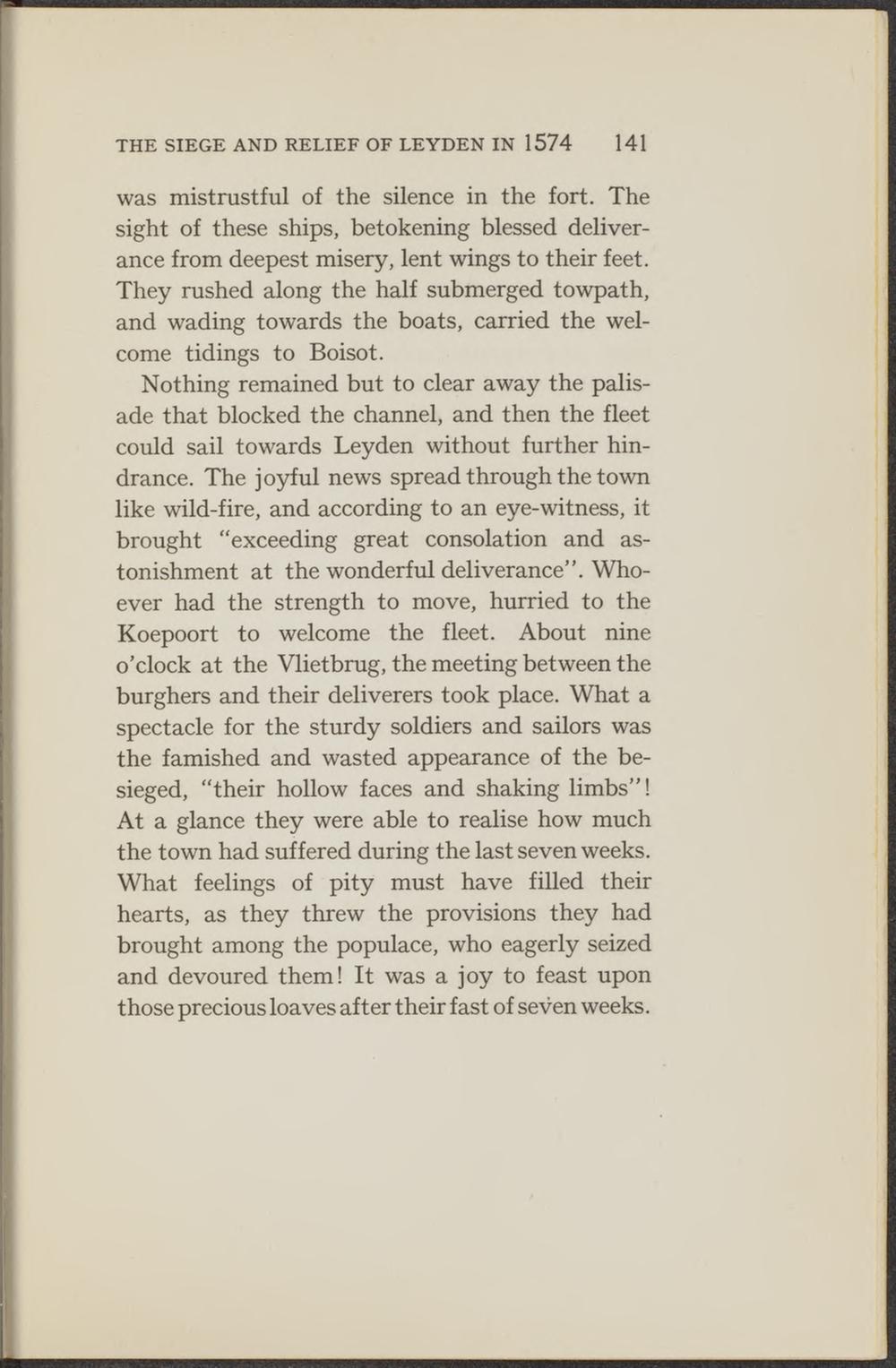 was mistrustful of the silence in the fort. The sight of these ships, betokening blessed deliverance from deepest misery, lent wings to their feet. They rushed along the half submerged towpath, and wading towards the boats, carried the welcome tidings to Boisot.

Nothing remained but to clear away the palisade that blocked the channel, and then the fleet could sail towards Leyden without further hindrance. The joyful news spread through the town like wild-fire, and according to an eye-witness, it brought "exceeding great consolation and astonishment at the wonderful deliverance". Whoever had the strength to move, hurried to the Koepoort to welcome the fleet. About nine o'clock at the Vlietbrug, the meeting between the burghers and their deliverers took place. What a spectacle for the sturdy soldiers and sailors was the famished and wasted appearance of the besieged, "their hollow faces and shaking limbs"! At a glance they were able to realise how much the town had suffered during the last seven weeks. What feelings of pity must have füled their hearts, as they threw the provisions they had brought among the populace, who eagerly seized and devoured them! It was a joy to feast upon those precious loaves after their f ast of seven weeks.