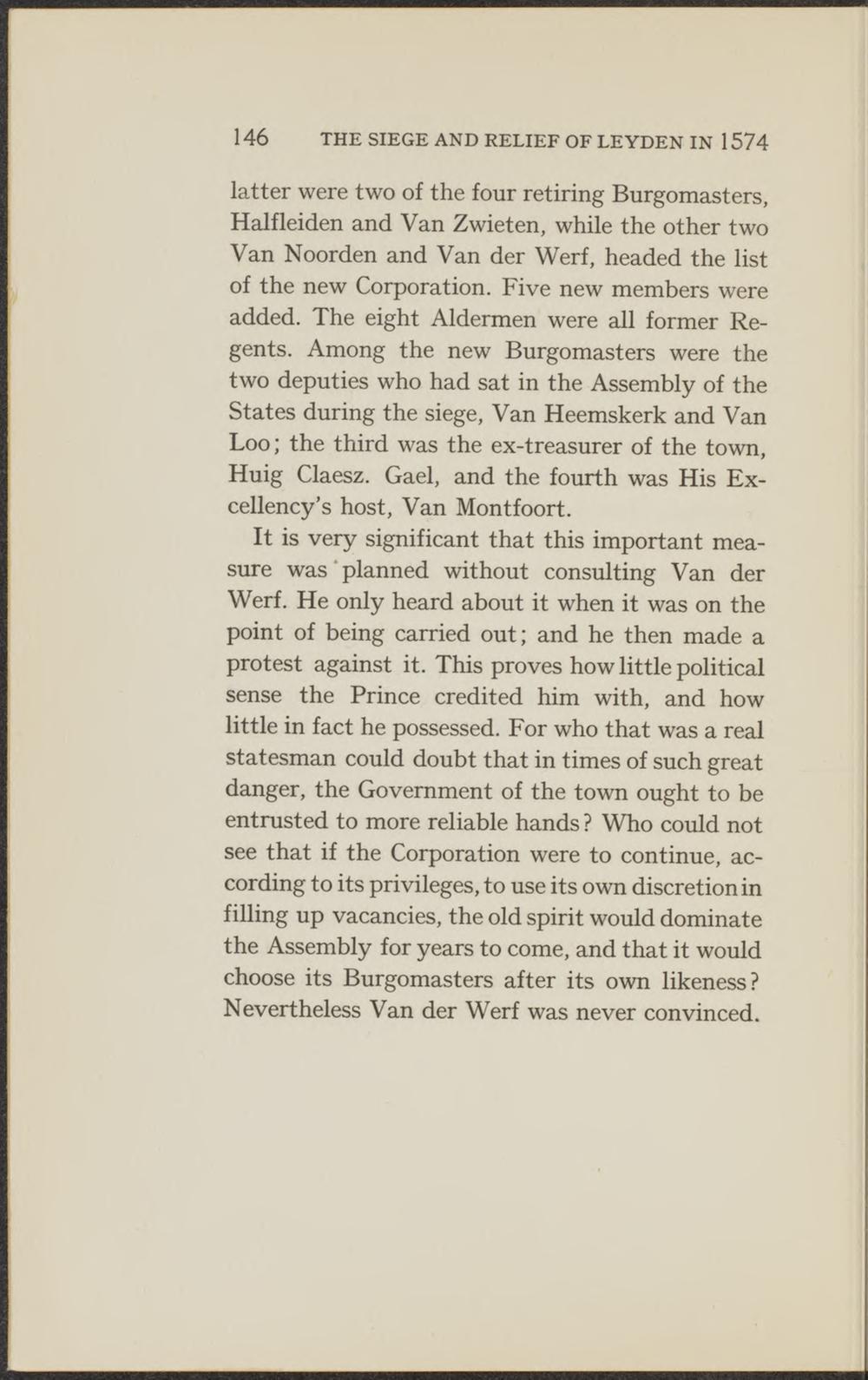 latter were two of the four retiring Burgomasters, Halfleiden and Van Zwieten, while the other two Van Noorden and Van der Werf, headed the list of the new Corporation. Five new members were added. The eight Aldermen were all former Regents. Among the new Burgomasters were the two deputies who had sat in the Assembly of the States during the siege, Van Heemskerk and Van Loo; the third was the ex-treasurer of the town, Huig Claesz. Gael, and the fourth was His Excellency's host, Van Montfoort.

It is very significant that this important measure was'planned without consulting Van der Werf. He only heard about it when it was on the point of being carried out; and he then made a protest against it. This proves how little political sense the Prince credited him with, and how little in fact he possessed. For who that was a real statesman could doubt that in times of such great danger, the Government of the town ought to be entrusted to more reliable hands? Who could not see that if the Corporation were to continue, according to its privileges, to use its own discretionin f illing up vacancies, the old spirit would dominate the Assembly for years to come, and that it would choose its Burgomasters after its own likeness? Nevertheless Van der Werf was never convinced.