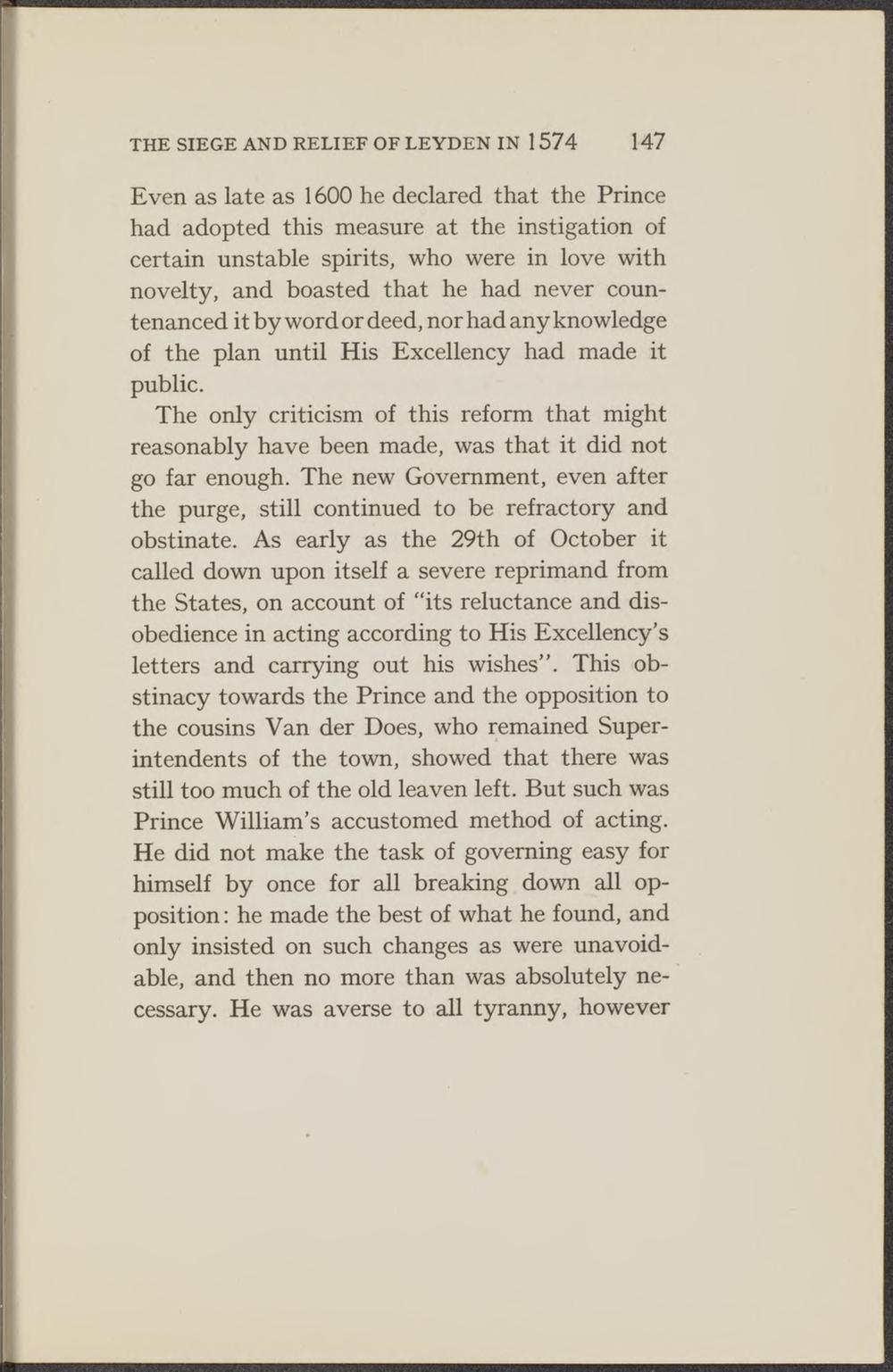 Even as late as 1600 he declared that the Prince had adopted this measure at the instigation of certain unstable spirits, who were in love with novelty, and boasted that he had never countenanced it by word or deed, nor had any knowledge of the plan until His Excellency had made it public.

The only criticism of this reform that might reasonably have been made, was that it did not go far enough. The new Government, even after the purge, still continued to be refractory and obstinate. As early as the 29th of October it called down upon itself a severe reprimand from the States, on account of "its reluctance and disobedience in acting according to His Excellency's letters and carrying out his wishes". This obstinacy towards the Prince and the opposition to the cousins Van der Does, who remained Superintendents of the town, showed that there was still too much of the old leaven left. But such was Prince William's accustomed method of acting. He did not make the task of governing easy for himself by once for all breaking down all opposition : he made the best of what he found, and only insisted on such changes as were unavoidable, and then no more than was absolutely necessary. He was averse to all tyranny, however