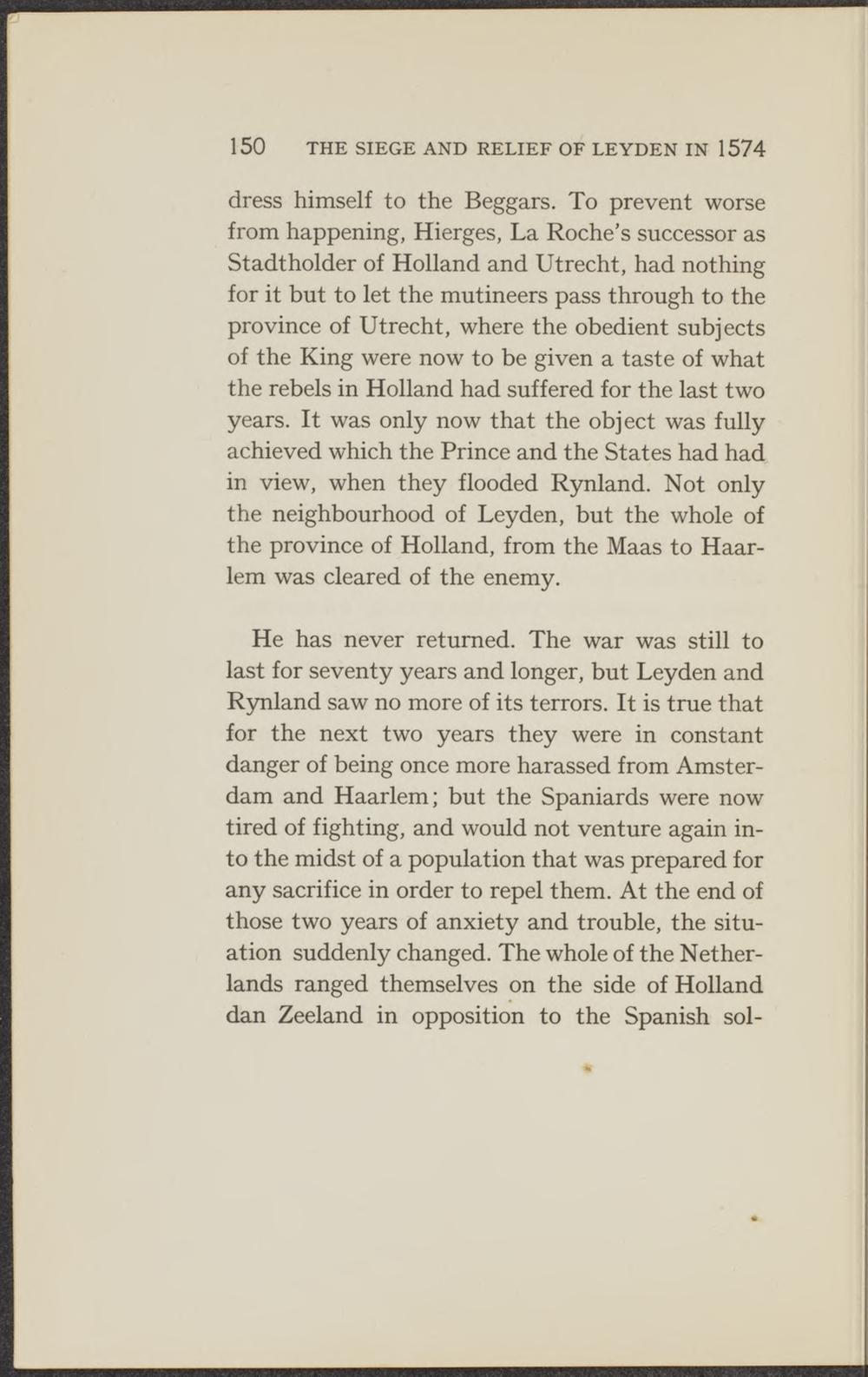 dress himself to the Beggars. To prevent worse from happening, Hierges, La Roche's successor as Stadtholder of Holland and Utrecht, had nothing for it but to let the mutineers pass through to the province of Utrecht, where the obedient subjects of the King were now to be given a taste of what the rebels in Holland had suffered for the last two years. It was only now that the object was fully achieved which the Prince and the States had had in view, when they flooded Rynland. Not only the neighbourhood of Leyden, but the whole of the province of Holland, from the Maas to Haarlem was cleared of the enemy.

He has never returned. The war was still to last for seventy years and longer, but Leyden and Rynland saw no more of its terrors. It is true that for the next two years they were in constant danger of being once more harassed from Amsterdam and Haarlem; but the Spaniards were now tired of fighting, and would not venture again into the midst of a population that was prepared for any sacrifice in order to repel them. At the end of those two years of anxiety and trouble, the situatiën suddenly changed. The whole of the Netherlands ranged themselves on the side of Holland dan Zeeland in opposition to the Spanish sol-