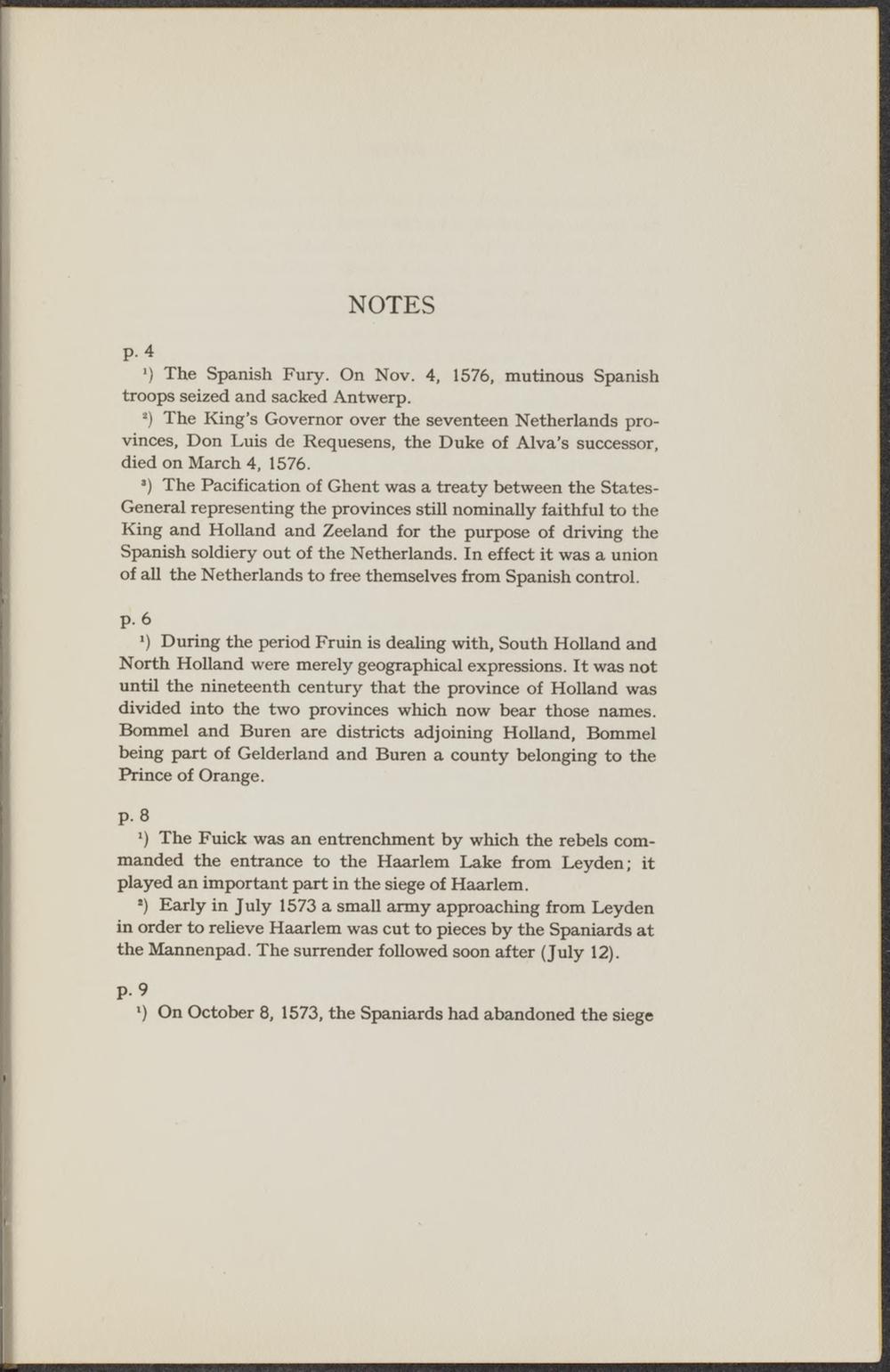 *) The King's Governor over the seventeen Netherlands provinces. Don Luis de Requesens, the Duke of Alva's successor, died on March 4, 1576.

*) The Pacification of Ghent was a treaty between the StatesGeneral representing the provinces still nominally faithful to the King and Holland and Zeeland for the purpose of driving the Spanish soldiery out of the Netherlands. In effect it was a union of all the Netherlands to free themselves from Spanish control.

•) During the period Fruin is dealing with, South Holland and North Holland were merely geographical expressions. It was not until the nineteenth century that the province of Holland was divided into the two provinces which now bear those names. Bommel and Buren are district» adjoining Holland, Bommel being part of Gelderland and Buren a county belonging to the Prince of Orange.

l) The Fuick was an entrenchment by which the rebels commanded the entrance to the Haarlem Lake from Leyden; it played an important part in the siege of Haarlem.

!) Early in July 1573 a small army approaching from Leyden in order to relieve Haarlem was cut to pieces by the Spaniards at the Mannenpad. The surrender followed soon after (July 12).