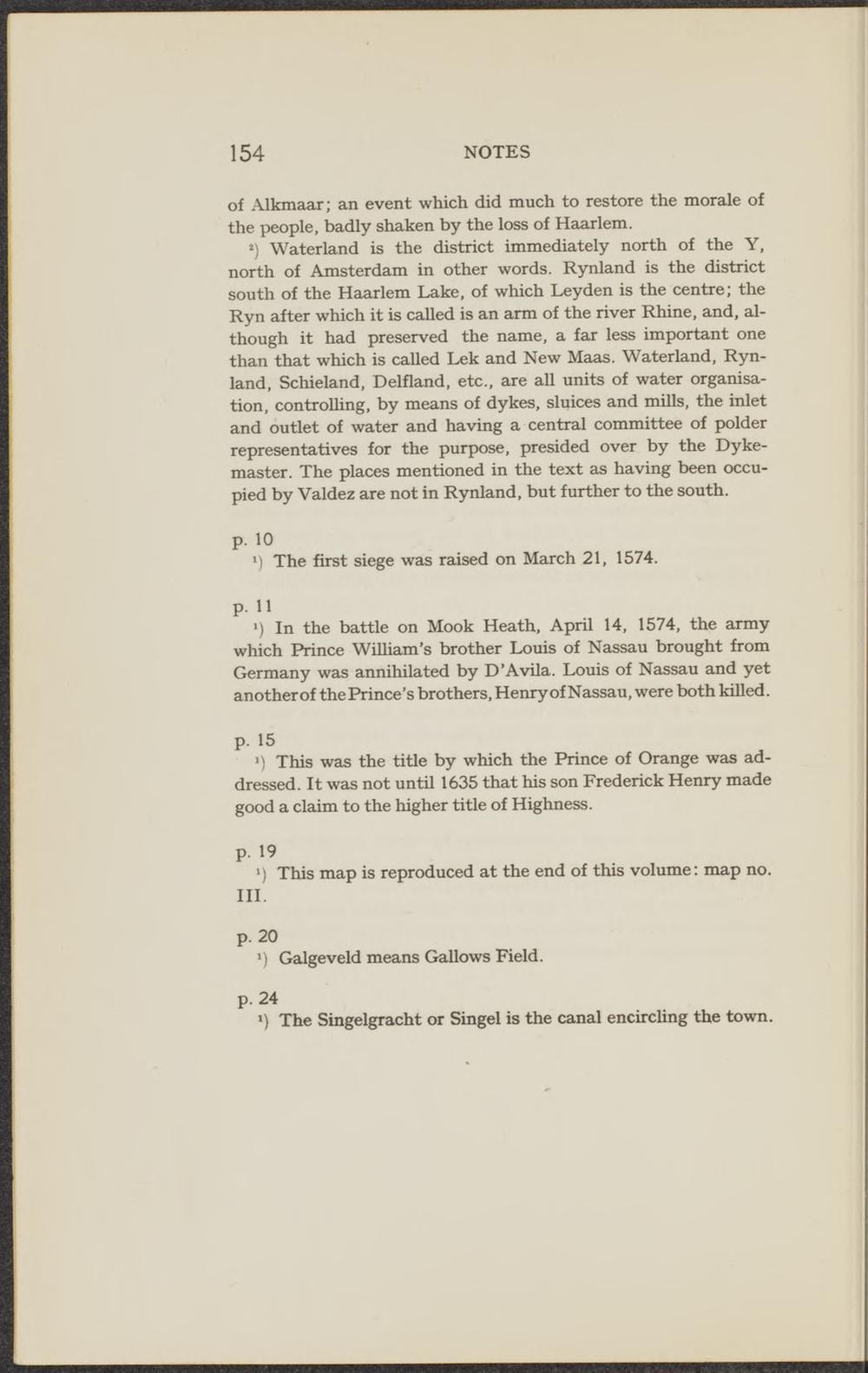 of Alkmaar; an event which did much to restore the morale of the people, badly shaken by the loss of Haarlem.

!) Waterland is the district immediately north of the Y, north of Amsterdam in other words. Rynland is the district south of the Haarlem Lake, of which Leyden is the centre; the Ryn after which it is called is an arm of the river Rhine, and, although it had preserved the name, a far less important one than that which is called Lek and New Maas. Waterland, Rynland, Schieland, Delfland, etc., are all units of water organisation, controlling, by means of dykes, sluices and mills, the mlet and outlet of water and ha ving a central committee of polder representatives for the purpose, presided over by the Dykemaster. The places mentioned in the text as having been occupied by Valdez are not in Rynland, but further to the south.

») In the battle on Mook Heath, April 14, 1574, the army which Prince William's brother Louis of Nassau brought from Germany was annihilated by D'Avila. Louis of Nassau and yet another of thePrince's brothers, Henryof Nassau, were both killed.

■) This was the title by which the Prince of Orange was addressed. It was not until 1635 that his son Frederick Henry made good a claim to the higher title of Highness.

») This map is reproduced at the end of this volume: map no. III.

») The Singelgracht or Singel is the canal encircling the town.