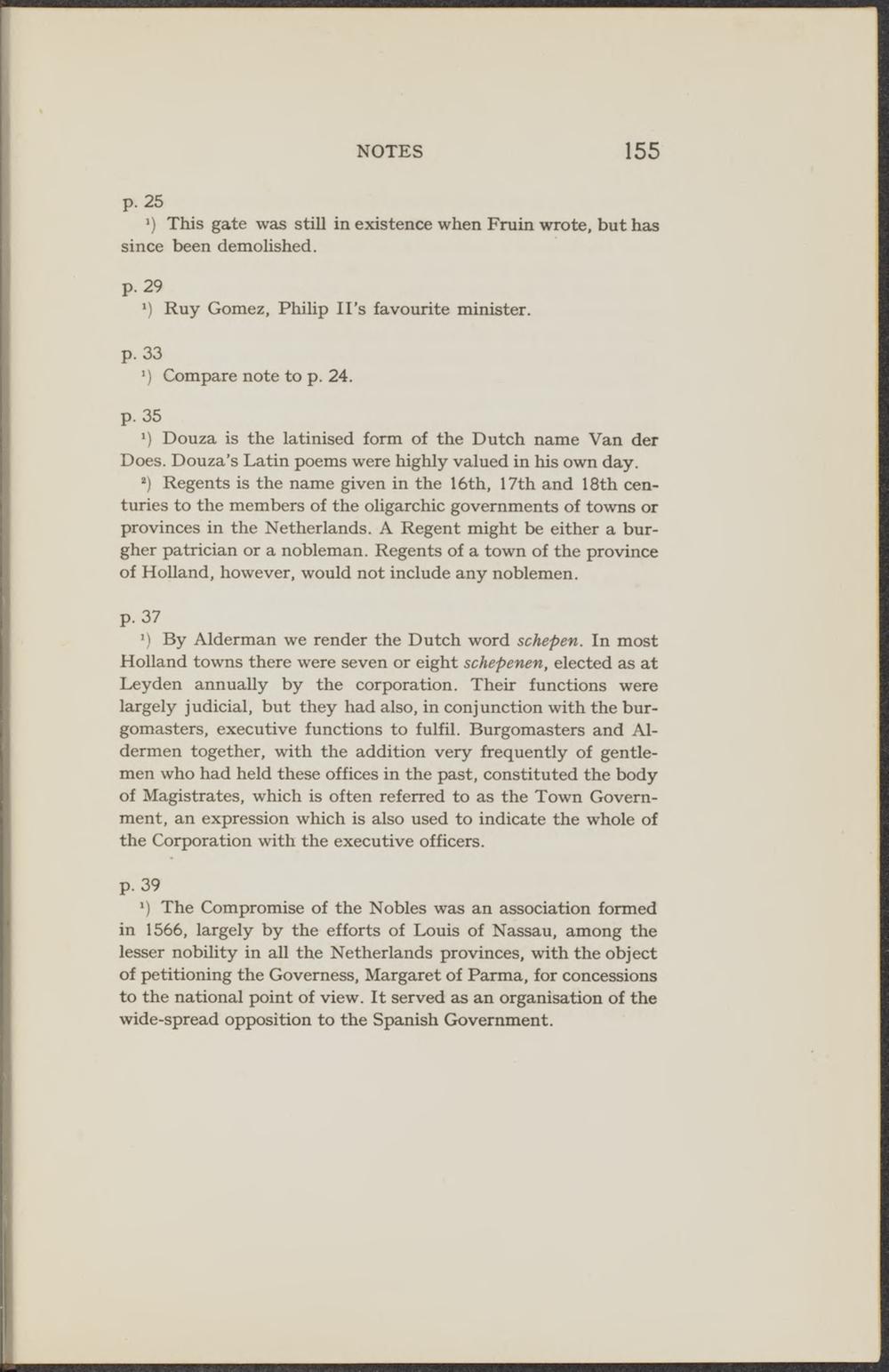 1) This gate was still in existence when Fruin wrote, but has since been demolished.

M Douza is the latinised form of the Dutch name Van der Does. Douza's La tin poems were highly valued in his own day.

2) Regents is the name given in the 16th, 17th and 18th centuries to the members of the oligarchie governments of towns or provinces in the Netherlands. A Regent might be either a burgher patrician or a nobleman. Regents of a town of the province of Holland, however, would not include any noblemen.

*) By Alderman we render the Dutch word schepen. In most Holland towns there were seven or eight schepenen, elected as at Leyden annually by the Corporation. Their functions were largely judicial, but they had also, in conjunction with the burgomasters, executive functions to fulfil. Burgomasters and Aldermen together, with the addition very frequently of gentlemen who had held these offices in the past, constituted the body of Magistrates, which is often referred to as the Town Government, an expression which is also used to indicate the whole of the Corporation with the executive officers.

*) The Compromise of the Nobles was an association formed in 1566, largely by the efforts of Louis of Nassau, among the lesser nobility in all the Netherlands provinces, with the object of petitioning the Governess, Margaret of Panna, for concessions to the national point of view. It served as an organisation of the wide-spread opposition to the Spanish Government.