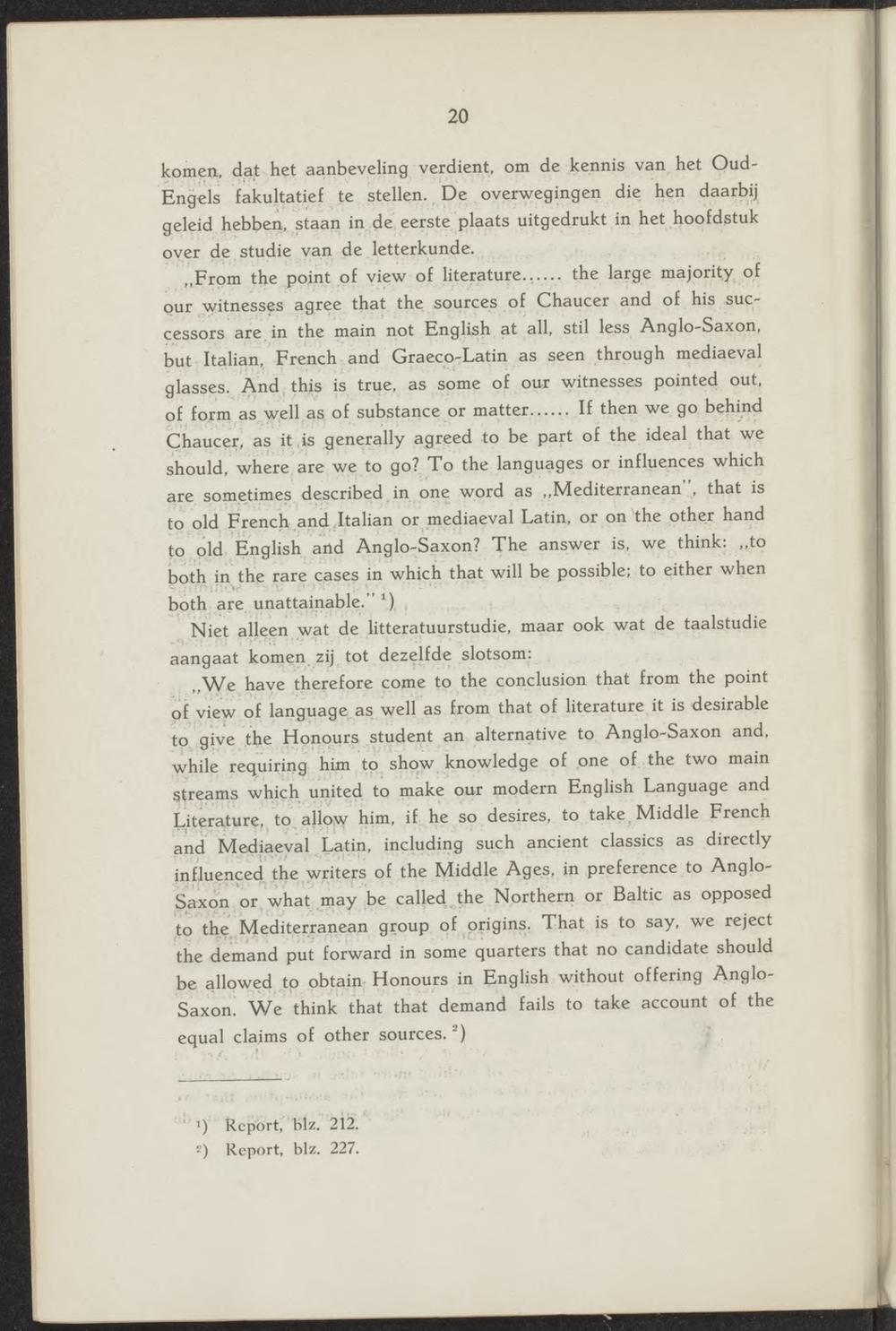 „Frpm the point of view of literature...... the large majority of

our witnesses agree that the sources of Chaucer and of his successors are. in the main not English at all, stil less Anglo-Saxon, but Italian, French and Graeco-Latin as seen through mediaeval glasses. And, this is true, as some of our witnesses pointed out,

Chaucer, as it is generally agreed to be part of the ideal that we should, where are we to go? To the languages or influences which are sometimes described in one word as „Mediterranean", that is to old French and,Italian or mediaeval Latin, or on the other hand to old English and Anglo-Saxon? The answer is, we think: „to both in the rare cases in which that will be possible; to either when both are unattainable." *)

„We have therefore come to the conclusion that from the point pf view of language as well as from that of literature it is desirable to give the Honours student an alternative to Anglo-Saxon and, while requiring him to show knowledge of one of the two main Streams which united to make our modern English Language and Literature,, to allow him, if he so desires, to take, Middle French and Mediaeval Latin, including such ancient classics as directly influenced the writers of the Middle Ages, in preference to AngloSaxon or.what may be called^the Northern or Baltic as opposed to the, Mediterranean group of ofjgins. That is to say, we reject the demand put forward in some quarters that no candidate should be allowed to obtajp: Honours in English without offering AngloSaxon. We think that that demand fails to take account of the equal claims of other sources.2)