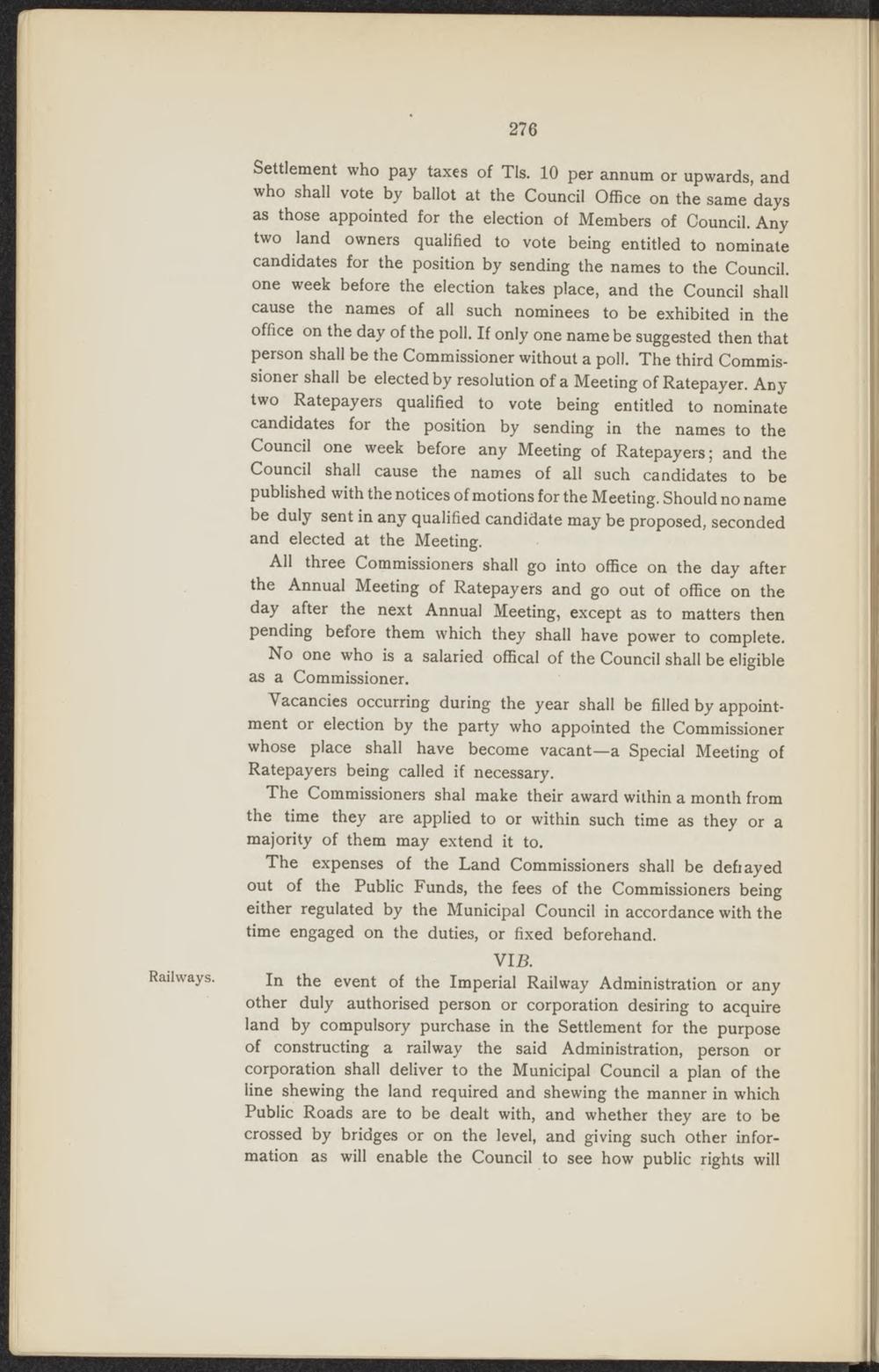 No one who is a salaried offical of the Council shall be eligible as a Commissioner.

Vacancies occurring during the year shall be filled by appointment or election by the party who appointed the Commissioner whose place shall have become vacant—a Special Meeting of Ratepayers being called if necessary.

The Commissioners shal make their award within a month from the time they are applied to or within such time as they or a majority of them may extend it to.

The expenses of the Land Commissioners shall be defiayed out of the Public Funds, the fees of the Commissioners being either regulated by the Municipal Council in accordance with the time engaged on the duties, or fixed beforehand.

Railways. Tn tne event of the Imperial Railway Administration or any other duly authorised person or Corporation desiring to acquire land by compulsory purchase in the Settlement for the purpose of constructing a railway the said Administration, person or corporation shall deliver to the Municipal Council a plan of the line shewing the land required and shewing the manner in which Public Roads are to be dealt with, and whether they are to be crossed by bridges or on the level, and giving such other information as will enable the Council to see how public rights will