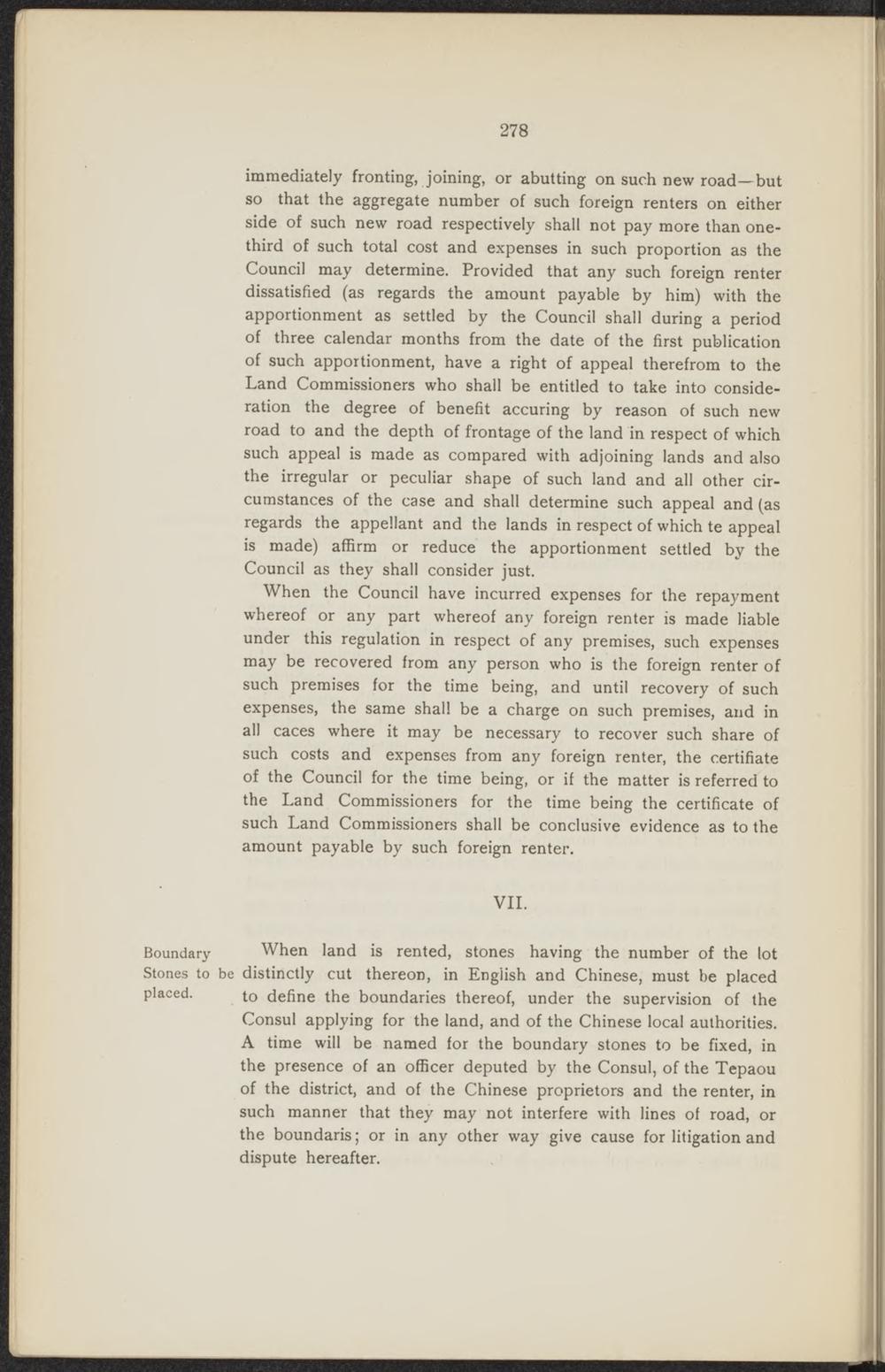 immediately fronting, joining, or abutting on such new road—but so that the aggregate number of such foreign renters on either side of such new road respectively shall not pay more than onethird of such total cost and expenses in such proportion as the Council may determine. Provided that any such foreign renter dissatisfied (as regards the amount payable by him) with the apportionment as settled by the Council shall during a period of three calendar months from the date of the first publication of such apportionment, have a right of appeal therefrom to the Land Commissioners who shall be entitled to take into consideration the degree of benefit accuring by reason of such new road to and the depth of frontage of the land in respect of which such appeal is made as compared with adjoining lands and also the irregular or peculiar shape of such land and all other circumstances of the case and shall determine such appeal and (as regards the appellant and the lands in respect of which te appeal is made) affirm or reduce the apportionment settled by the Council as they shall consider just.

Boundary When land is rented, stones having the number of the lot Stones to be distinctly cut thereon, in English and Chinese, must be placed plaoed. to define the boundaries thereof, under the supervision of the Consul applying for the land, and of the Chinese local authorities. A time will be named for the boundary stones to be fixed, in the presence of an officer deputed by the Consul, of the Tepaou of the district, and of the Chinese proprietors and the renter, in such manner that they may not interfere with lines of road, or the boundaris; or in any other way give cause for litigation and dispute hereafter.