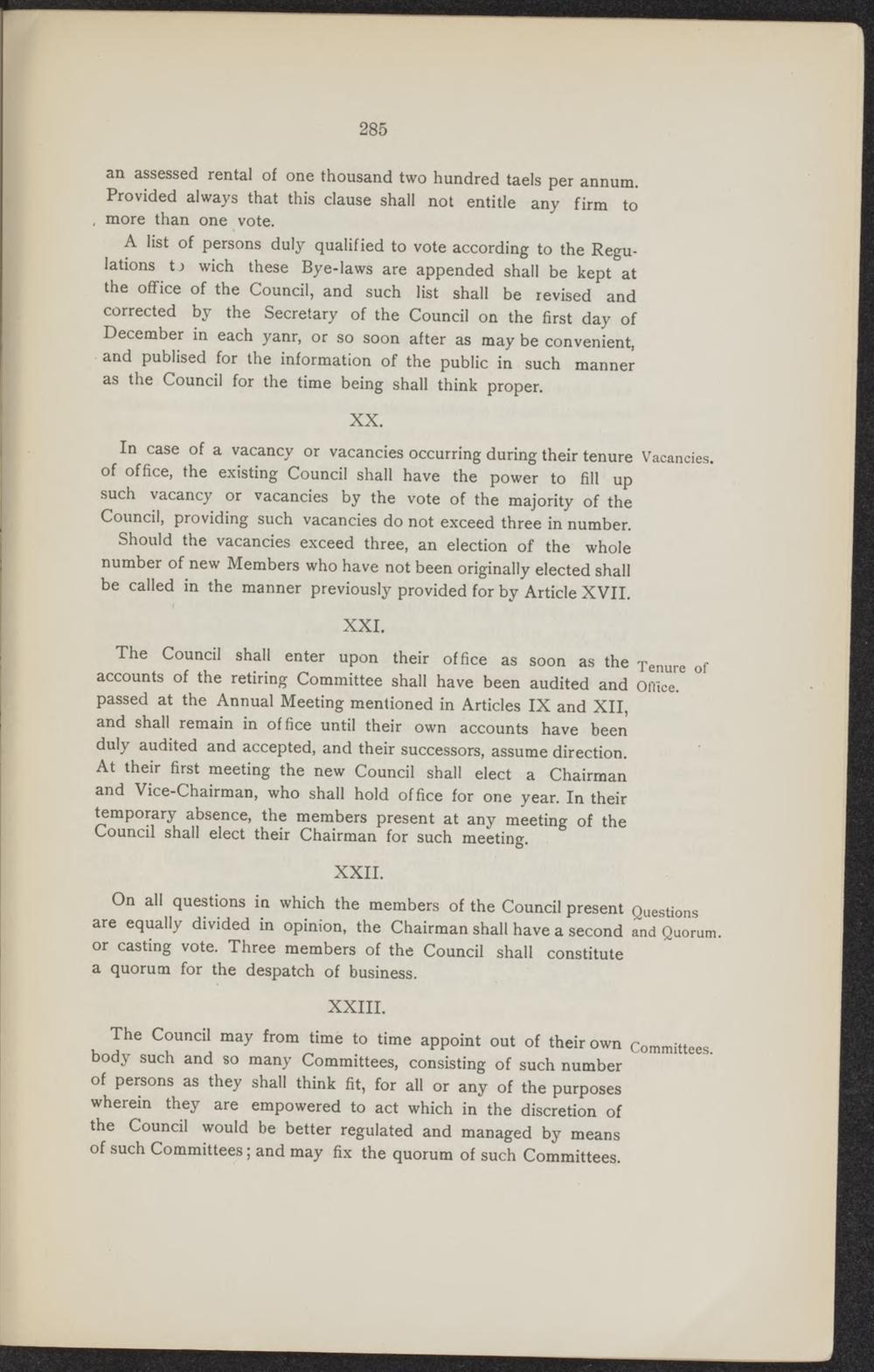 an assessed rental of one thousand two hundred taels per annum. Provided always that this clause shall not entitle any firm to , more than one vote.

A list of persons duly qualified to vote according to the Regulations tj wich these Bye-laws are appended shall be kept at the office of the Council, and such list shall be revised and corrected by the Secretary of the Council on the first day of December in each yanr, or so soon after as may be convenient, and publised for the information of the public in such manner as the Council for the time being shall think proper.

Should the vacancies exceed three, an election of the whole number of new Members who have not been originally elected shall be called in the manner previously provided for by Article XVII.

The Council shall enter upon their office as soon as the Tenu e f accounts of the retiring Committee shall have been audited and OflfcT ° passed at the Annual Meeting mentioned in Articles IX and XII, and shall remain in office until their own accounts have been duly audited and accepted, and their successors, assume direction. At their first meeting the new Council shall elect a Chairman and Vice-Chairman, who shall hold office for one year. In their temporary absence, the members present at any meeting of the Councü shall elect their Chairman for such meeting.

The Council may from time to time appoint out of their own Committees body such and so many Committees, consisting of such number of persons as they shall think fit, for all or any of the purposes wherein they are empowered to act which in the discretion of the Council would be better regulated and managed by means of such Committees; and may fix the quorum of such Committees.