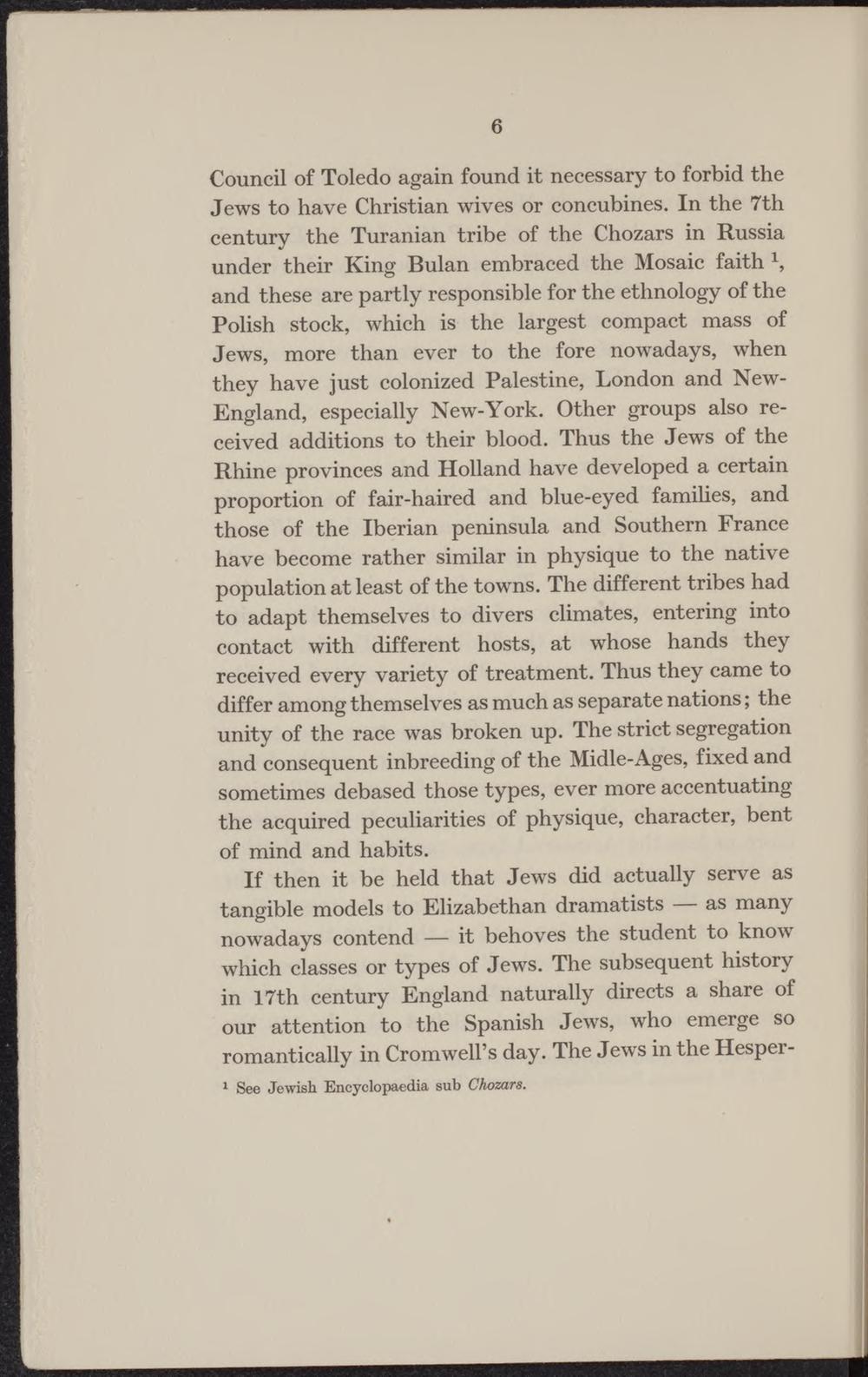 Council of Toledo again found it necessary to forbid the Jews to have Christian wives or concubines. In the 7th century the Turanian tribe of the Chozars in Russia under their King Bulan embraced the Mosaic faith \ and these are partly responsible for the ethnology of the Polish stock, which is the largest compact mass of Jews, more than ever to the fore nowadays, when they have just colonized Palestine, London and NewEngland, especially New-York. Other groups also received additions to their blood. Thus the Jews of the Rhine provinces and Holland have developed a certain proportion of fair-haired and blue-eyed families, and those of the Rjerian peninsula and Southern France have become rather similar in physique to the native population at least of the towns. The different tribes had to adapt themselves to divers climates, entering into contact with different hosts, at whose hands they received every variety of treatment. Thus they came to differ among themselves as much as separate nations; the unity of the race was broken up. The strict segregation and consequent inbreeding of the Midle-Ages, f ixed and sometimes debased those types, ever more accentuating the acquired peculiarities of physique, character, bent of mind and habits.

If then it be held that Jews did actually serve as tangible models to Elizabethan dramatists — as many nowadays contend — it behoves the student to know which classes or types of Jews. The subsequent history in 17th century England naturally directs a share of our attention to the Spanish Jews, who emerge so romantically in Cromwell's day. The Jews in the Hesper-