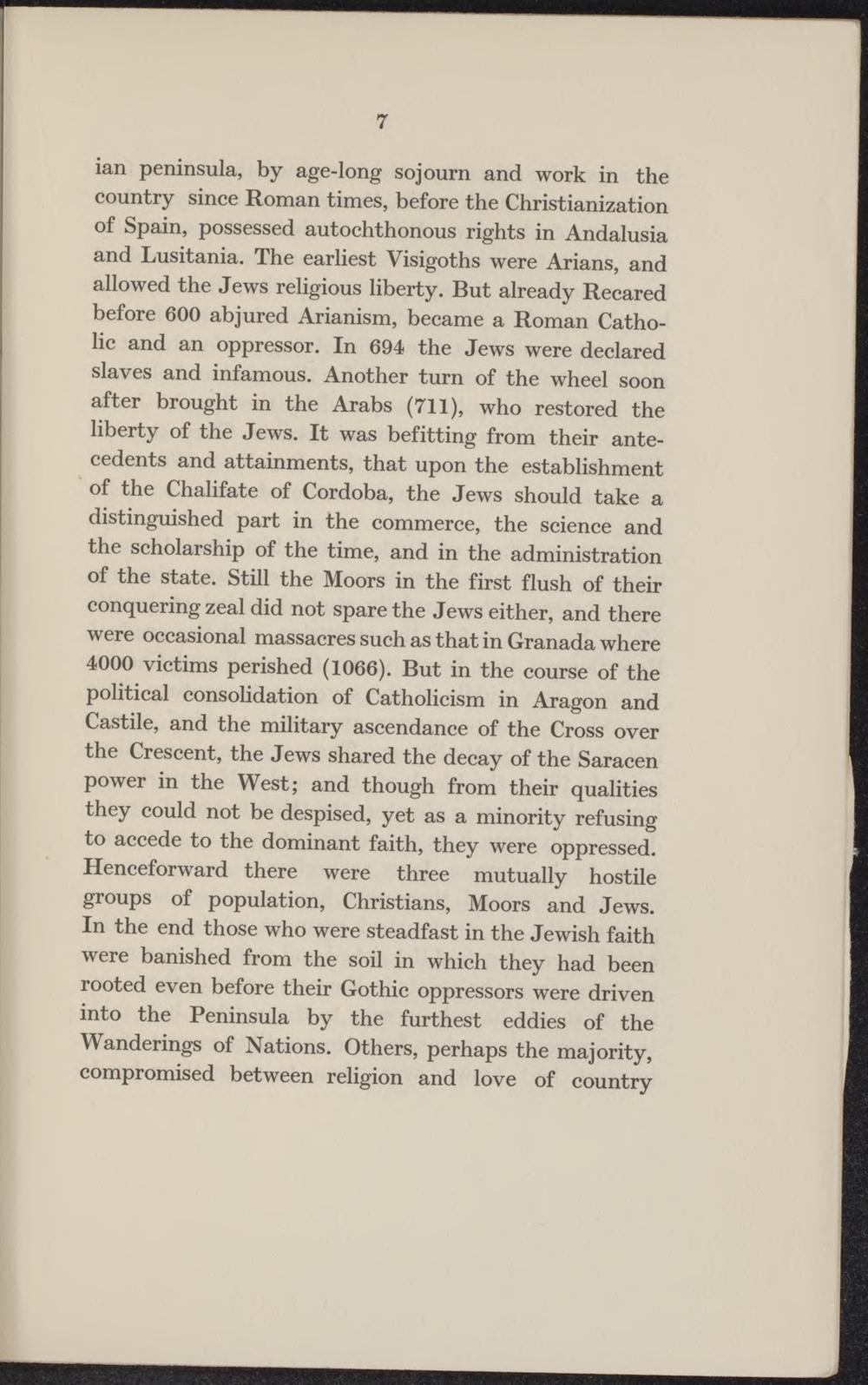 ian peninsula, by age-long sojourn and work in the country since Roman times, before the Christianization of Spain, possessed autochthonous rights in Andalusia and Lusitania. The earüest Visigoths were Arians, and allowed the Jews religious liberty. But already Recared before 600 abjured Arianism, became a Roman Catholic and an oppressor. In 694 the Jews were declared slaves and infamous. Another turn of the wheel soon after brought in the Arabs (711), who restored the liberty of the Jews. It was befitting from their antecedents and attainments, that upon the establishment of the Chalifate of Cordoba, the Jews should take a distinguished part in the commerce, the science and the scholarship of the time, and in the administration of the state. Still the Moors in the first flush of their conquering zeal did not spare the Jews either, and there were occasional massacres such as that in Granada where 4000 victims perished (1066). But in the course of the political consohdation of Catholicism in Aragon and Castile, and the military ascendance of the Cross over the Crescent, the Jews shared the decay of the Saracen power in the West; and though from their qualities they could not be despised, yet as a minority refusing to accede to the dominant faith, they were oppressed. Henceforward there were three mutually hostüe groups of population, Christians, Moors and Jews. In the end those who were steadfast in the Jewish faith were banished from the soil in which they had been rooted even before their Gothic oppressors were driven into the Peninsula by the furthest eddies of the Wanderings of Nations. Others, perhaps the majority, compromised between religion and love of country