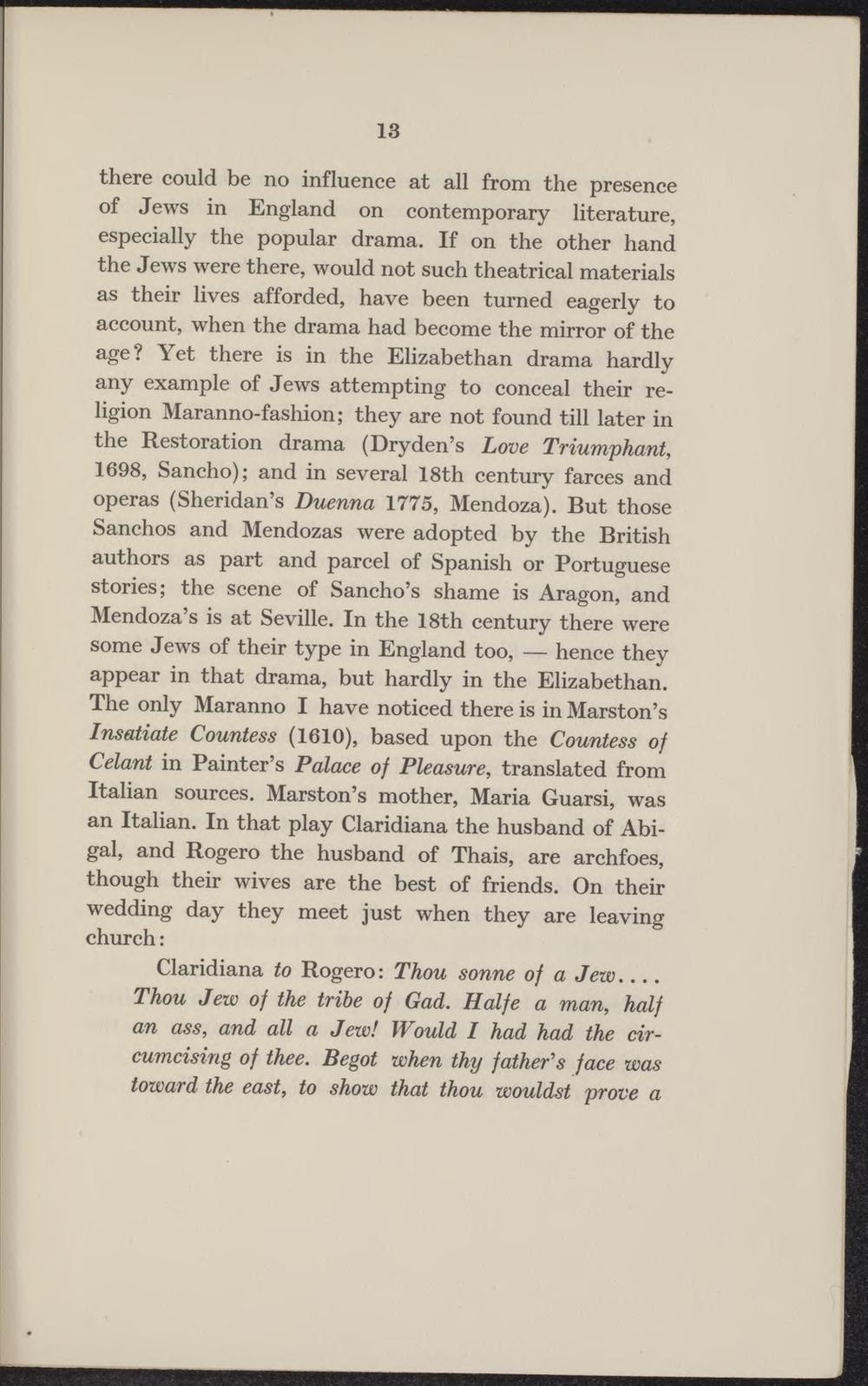 there could be no influence at all from the presence of Jews in England on contemporary literature, especially the popular drama. If on the other hand the Jews were there, would not such theatrical materials as their lives afforded, have been turned eagerly to account, when the drama had become the mirror of the age? Yet there is in the Elizabethan drama hardly any example of Jews attempting to conceal their religion Maranno-fashion; they are not found till later in the Restoration drama (Dryden's Love Triumphant, 1698, Sancho); and in several 18th century farces and operas (Sheridan's Duenna 1775, Mendoza). But those Sanchos and Mendozas were adopted by the British authors as part and parcel of Spanish or Portuguese stories; the scène of Sancho's shame is Aragon, and Mendoza's is at Sevüle. In the 18th century there were some Jews of their type in England too, — hence they appear in that drama, but hardly in the Elizabethan. The only Maranno I have noticed there is inMarston's Insatiate Countess (1610), based upon the Countess of Célant in Painter's Palace of Pleasure, translated from Italian sources. Marston's mother, Maria Guarsi, was an Italian. In that play Claridiana the husband of Abigal, and Rogero the husband of Thais, are archfoes, though their wives are the best of friends. On their wedding day they meet just when they are leaving church:

Claridiana to Rogero: Thou sonne of a Jew

Thou Jew of the tribe of Gad. Halfe a man, half an ass, and all a Jew! Would I had had the circumcising of thee. Begot when thy father's face was toward the east, to show that thou wouldst prove a