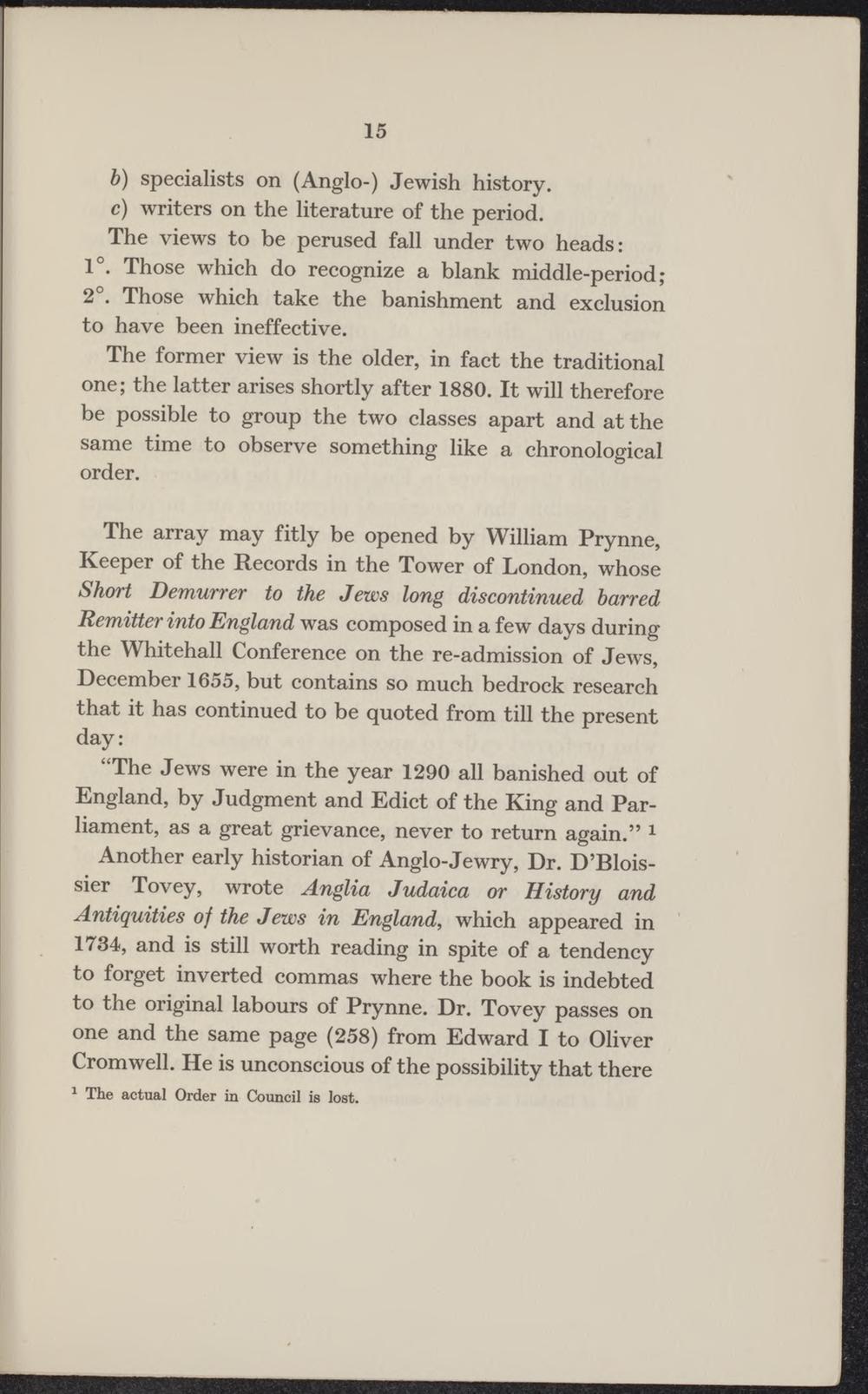 b) specialists on (Anglo-) Jewish history.

c) writers on the literature of the period.

The views to be perused fall under two heads: 1°. Those which do recognize a blank middle-period; 2°. Those which take the banishment and exclusion to have been ineffective.

The former view is the older, in fact the traditional one; the latter arises shortly after 1880. It will therefore be possible to group the two classes apart and at the same time to observe something like a chronological order.

The array may fitly be opened by William Prynne, Keeper of the Records in the Tower of London, whose Short Demurrer to the Jews long discontinued barred Remitter into England was composed in a few days during the Whitehall Conference on the re-admission of Jews, December 1655, but contains so much bedrock research that it has continued to be quoted from tül the present day:

"The Jews were in the year 1290 all banished out of England, by Judgment and Edict of the King and Parliament, as a great grievance, never to return again." 1

Another early historian of Anglo-Jewry, Dr. D'Bloissier Tovey, wrote Anglia Judaica or History and Antiquities of the Jews in England, which appeared in 1734, and is still worth reading in spite of a tendency to forget inverted commas where the book is indebted to the original labours of Prynne. Dr. Tovey passes on one and the same page (258) from Edward I to Oliver Cromwell. He is unconscious of the possibility that there

1 The aotual Order in Council is loet.