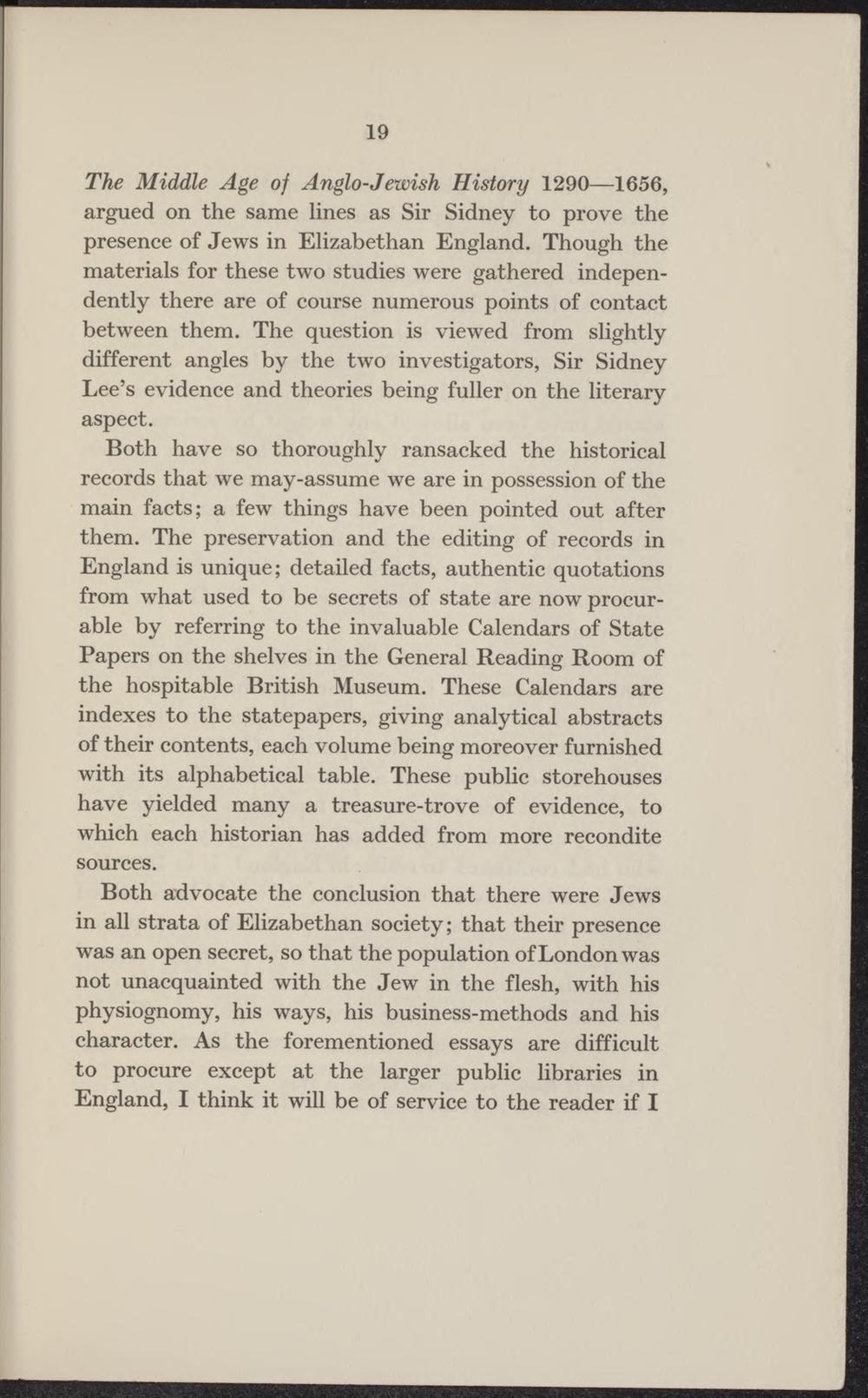 The Middle Age of Angh-Jewish History 1290—1656, argued on the same lines as Sir Sidney to prove the presence of Jews in Elizabethan England. Though the materials for these two studies were gathered independently there are of course numerous points of contact between them. The question is viewed from süghtly different angles by the two investigators, Sir Sidney Lee's evidence and theories being fuller on the literary aspect.

Both have so thoroughly ransacked the historical records that we may-assume we are in possession of the main facts; a few things have been pointed out after them. The preservation and the editing of records in England is unique; detailed facts, authentic quotations from what used to be secrets of state are now procurable by referring to the invaluable Calendars of State Papers on the shelves in the General Reading Room of the hospitable British Museum. These Calendars are indexes to the statepapers, giving analytical abstracts of their contents, each volume being moreover furnished with its alphabetical table. These public storehouses have yielded many a treasure-trove of evidence, to which each historian has added from more recondite sources.

Both advocate the conclusion that there were Jews in all strata of Elizabethan society; that their presence was an open secret, so that the population of London was not unacquainted with the Jew in the flesh, with his physiognomy, his ways, his business-methods and his character. As the forementioned essays are difficult to procure except at the larger public libraries in England, I think it will be of service to the reader if I