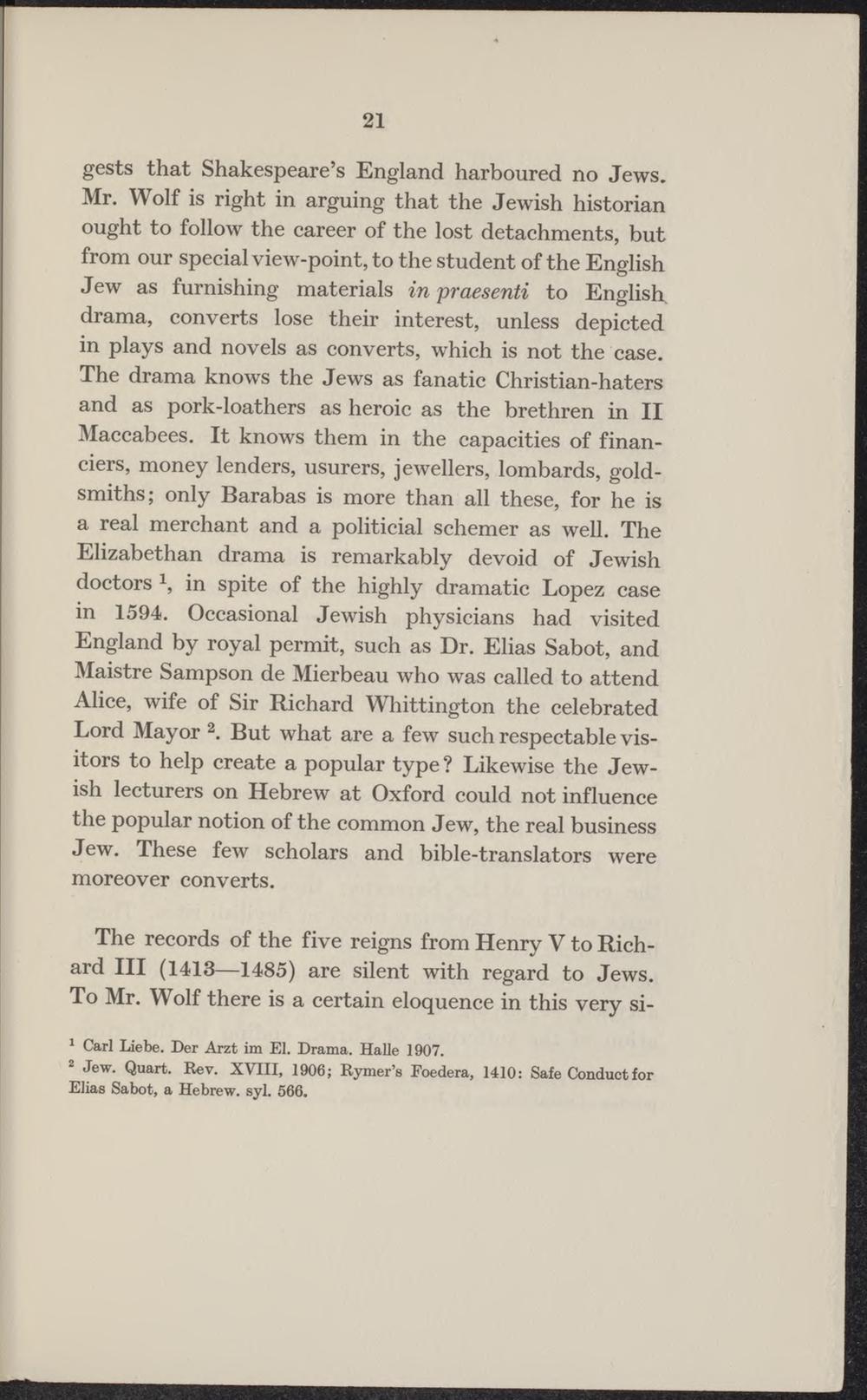 gests that Shakespeare's England harboured no Jews. Mr. Wolf is right in arguing that the Jewish historian ought to follow the career of the lost detachments, but from our special view-point, to the student of the English Jew as furnishing materials inpraesenti to English. drama, converts lose their interest, unless depicted in plays and novels as converts, which is not the case. The drama knows the Jews as fanatic Christian-haters and as pork-loathers as heroic as the brethren in II Maccabees. It knows them in the capacities of financiers, money lenders, usurers, jewellers, lombards, goldsmiths; only Barabas is more than all these, for he is a real merchant and a politicial schemer as well. The Elizabethan drama is remarkably devoid of Jewish doctors \ in spite of the highly dramatic Lopez case in 1594. Occasional Jewish physicians had visited England by royal permit, such as Dr. Elias Sabot, and Maistre Sampson de Mierbeau who was called to attend Alice, wife of Sir Richard Whittington the celebrated Lord Mayor 2. But what are a few such respectable visitors to help create a popular type? Likewise the Jewish lecturers on Hebrew at Oxford could not influence the popular notion of the common Jew, the real business Jew. These few scholars and bible-translators were moreover converts.

The records of the five reigns from Henry V to Richard III (1413—1485) are silent with regard to Jews. To Mr. Wolf there is a certain eloquence in this very si-