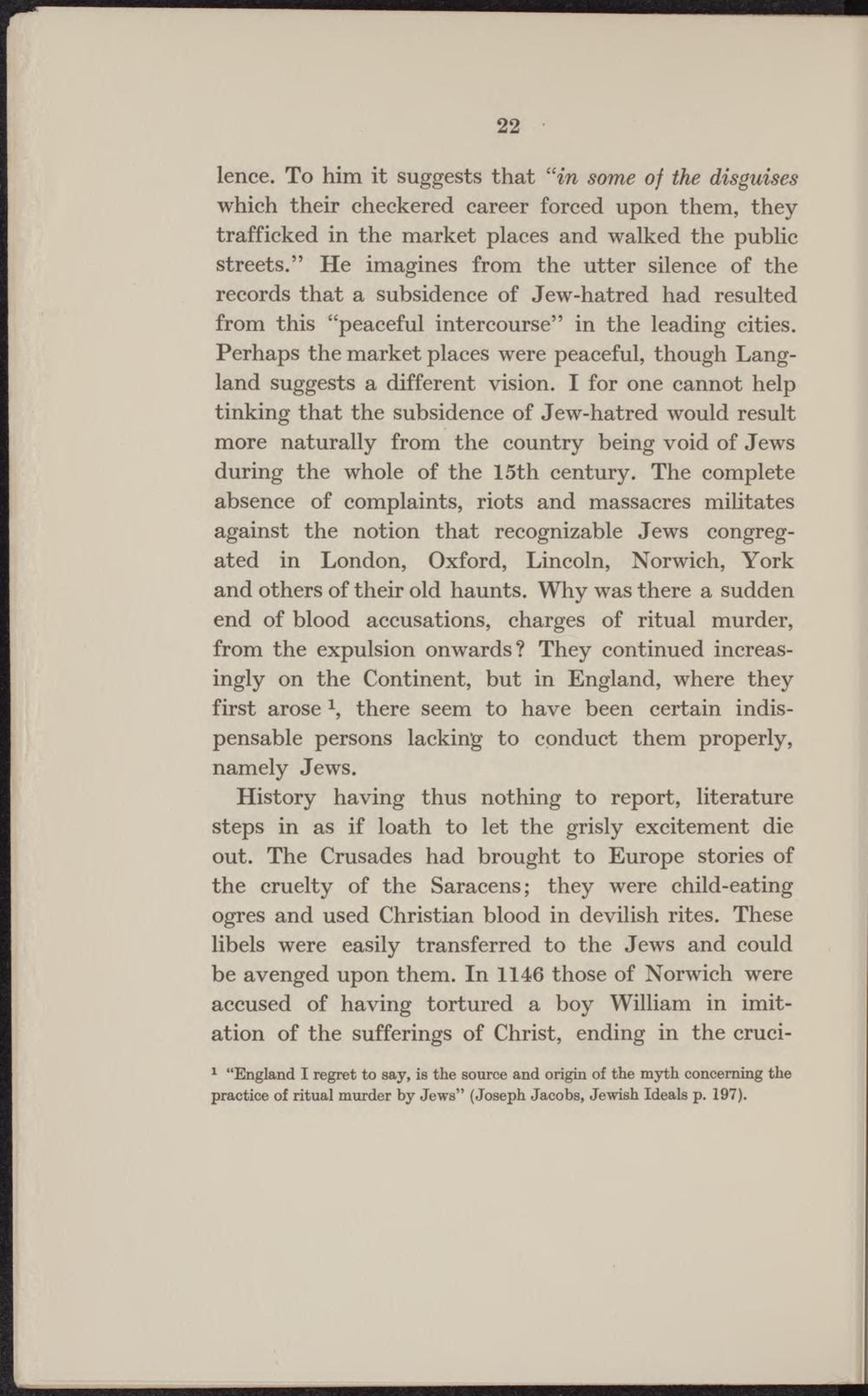 lence. To him it suggests that "in some of the disguises which their checkered career forced upon them, they trafficked in the market places and walked the public streets." He imagines from the utter silence of the records that a subsidence of Jew-hatred had resulted from this "peaceful intercourse" in the leading cities. Perhaps the market places were peaceful, though Langtand suggests a different vision. I for one cannot help tinking that the subsidence of Jew-hatred would result more naturally from the country being void of Jews during the whole of the 15th century. The complete absence of complaints, riots and massacres militates against the notion that recognizable Jews congregated in London, Oxford, Lincoln, Norwich, York and others of their old haunts. Why was there a sudden end of blood accusations, charges of ritual murder, from the expulsion onwards? They continued increasingly on the Continent, but in England, where they first arose % there seem to have been certain indispensable persons lacking to conduct them properly, namely Jews.

History having thus nothing to report, literature steps in as if loath to let the grisly excitement die out. The Crusades had brought to Europe stories of the cruelty of the Saracens; they were child-eating ogres and used Christian blood in devilish rites. These libels were easily transferred to the Jews and could be avenged upon them. In 1146 those of Norwich were accused of having tortured a boy Wüliam in imitation of the sufferings of Christ, ending in the cruci-

1 "England I regret to say, is the source and origin of the myth concerning the practice of ritual murder by Jews" (Joseph Jacobs, Jewish Ideals p. 197).