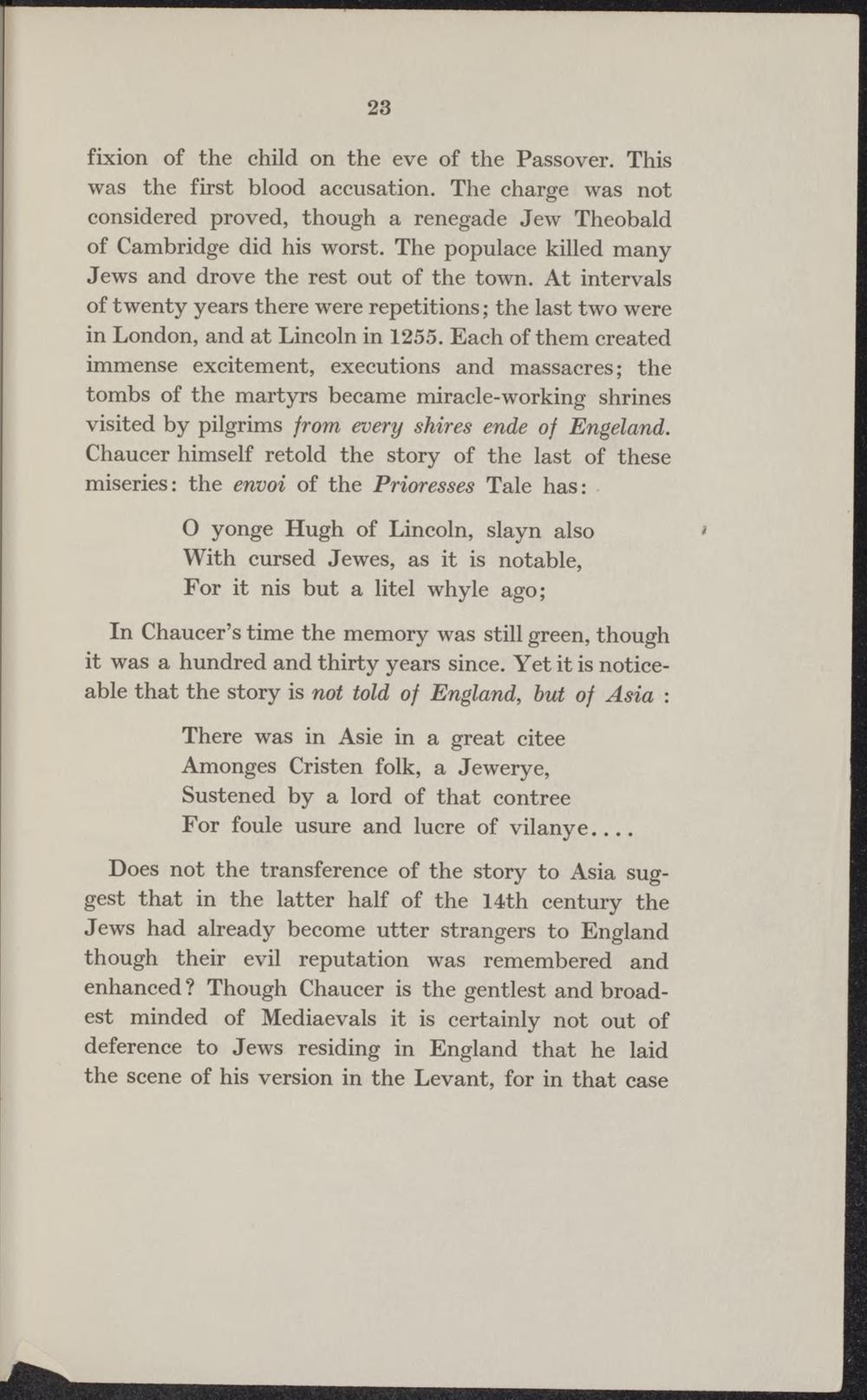 fixion of the child on the eve of the Passover. This was the first blood accusation. The charge was not considered proved, though a renegade Jew Theobald of Cambridge did his worst. The populace killed many Jews and drove the rest out of the town. At intervals of twenty years there were repetitions; the last two were in London, and at Lincoln in 1255. Each of them created immense excitement, executions and massacres; the tombs of the martyrs became miracle-working shrines visited by pilgrims from every shires ende of Engeland. Chaucer himself retold the story of the last of these miseries: the envoi of the Prioresses Tale has: •

O yonge Hugh of Lincoln, slayn also With cursed Jewes, as it is notable, For it nis but a litel whyle ago;

In Chaucer's time the memory was still green, though it was a hundred and thirty years since. Yet it is noticeable that the story is not tóld of England, but of Asia :

Does not the transference of the story to Asia suggest that in the latter half of the 14th century the Jews had already become utter strangers to England though their evil reputation was remembered and enhanced? Though Chaucer is the gentlest and broadest minded of Mediaevals it is certainly not out of deference to Jews residing in England that he laid the scène of his version in the Levant, for in that case