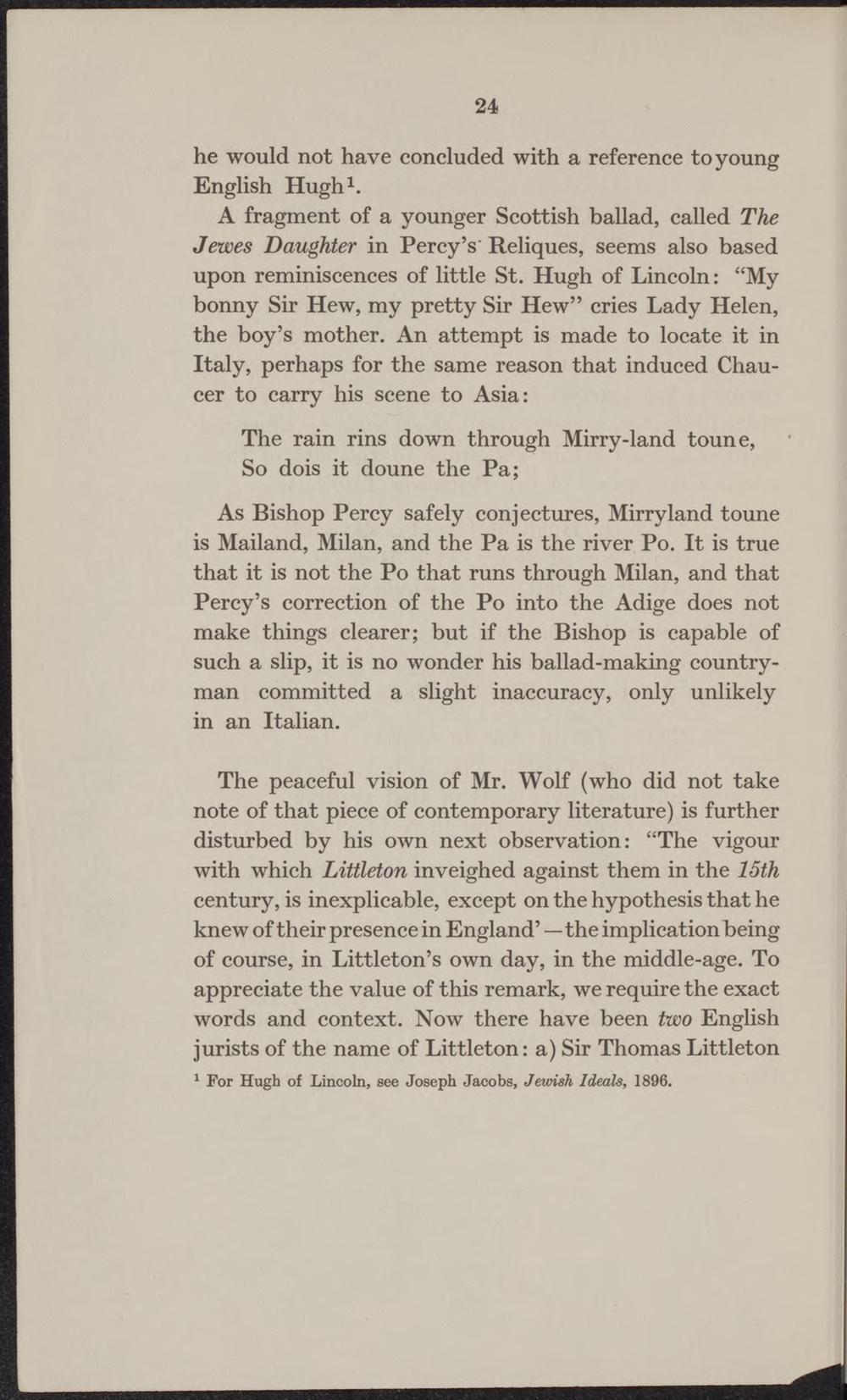 he would not have concluded with a reference toyoung English Hugh1.

A fragment of a younger Scottish ballad, called The Jewes Daughter in Percy's" Reliques, seems also based upon reminiscences of little St. Hugh of Lincoln: "My bonny Sir Hew, my pretty Sir Hew" cries Lady Helen, the boy's mother. An attempt is made to locate it in Italy, perhaps for the same reason that induced Chaucer to carry his scène to Asia:

The rain rins down through Mirry-land toune, So dois it doune the Pa;

As Bishop Percy safely conjectures, Mirryland toune is Mailand, Milan, and the Pa is the river Po. It is true that it is not the Po that runs through Milan, and that Percy's correction of the Po into the Adige does not make things clearer; but if the Bishop is capable of such a slip, it is no wonder his ballad-making countryman committed a süght inaccuracy, only unlikely in an Italian.

The peaceful vision of Mr. Wolf (who did not take note of that piece of contemporary literature) is further disturbed by his own next observation: "The vigour with which Littleton inveighed against them in the 15th century, is inexplicable, except on the hypothesis that he knew of their presence in England' — the impli cation being of course, in Littleton's own day, in the middle-age. To appreciate the value of this remark, we require the exact words and context. Now there have been two English jurists of the name of Littleton: a) Sir Thomas Littleton