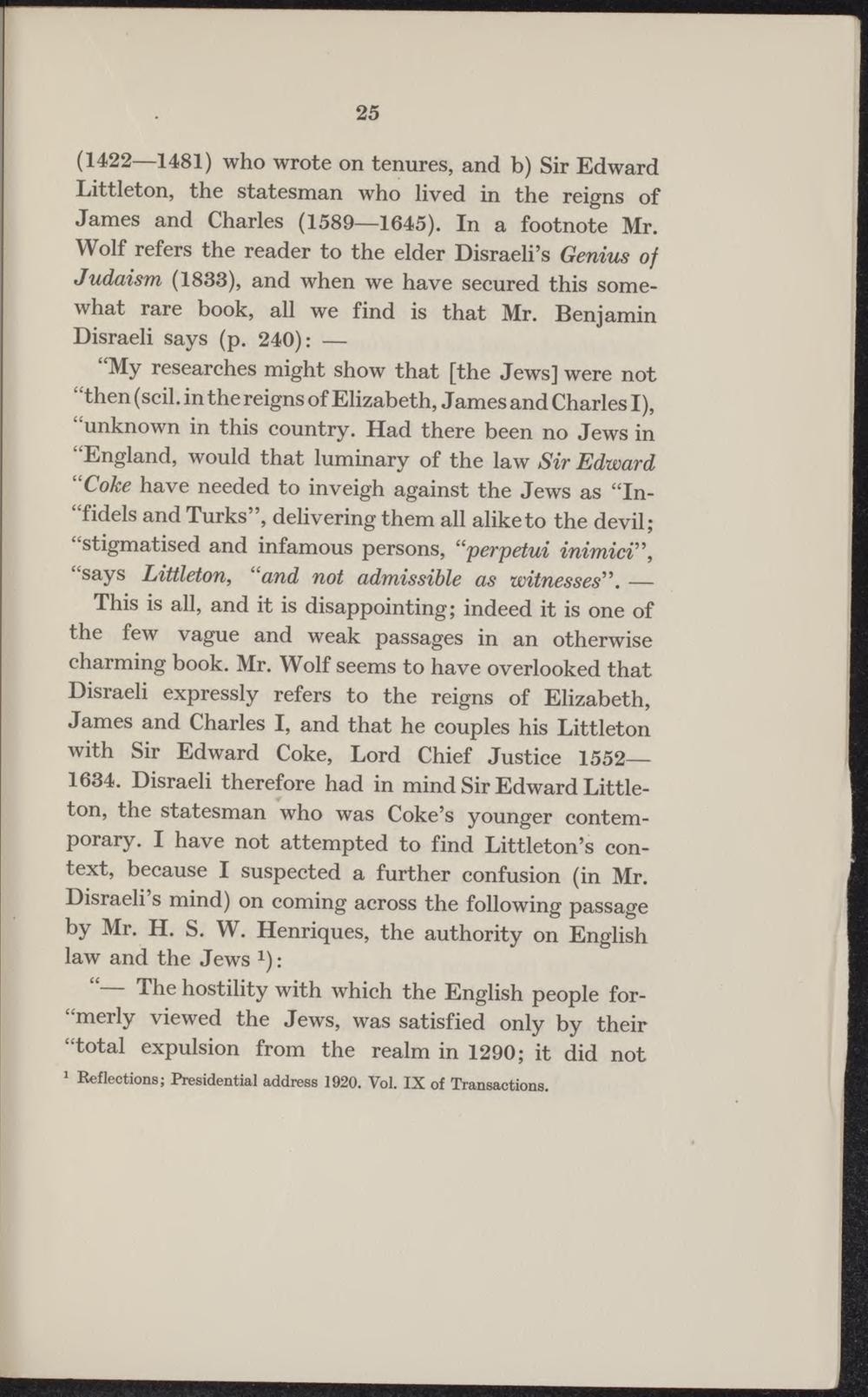 "My researches might show that [the Jews] were not "then (scil. in the reigns of Elizabeth, James and Charles I), "unknown in this country. Had there been no Jews in "England, would that luminary of the law Sir Edward "Coke have needed to inveigh against the Jews as "In"fidels and Turks", delivering them all aliketo the devil; "stigmatised and infamous persons, "perpetui inimici", "says Littleton, "and not admissible as witnesses". — This is all, and it is disappointing; indeed it is one of the few vague and weak passages in an otherwise charming book. Mr. Wolf seems to have overlooked that Disraeli expressly refers to the reigns of Elizabeth, James and Charles I, and that he couples his Littleton with Sir Edward Coke, Lord Chief Justice 1552— 1634. Disraeli therefore had in mind Sir Edward Littleton, the statesman who was Coke's younger contemporary. I have not attempted to find Littleton's context, because I suspected a further confusion (in Mr. Disraeli's mind) on coming across the following passage by Mr. H. S. W. Henriques, the authority on English law and the Jews x) :

"— The hostility with which the English people for"merly viewed the Jews, was satisfied only by their "total expulsion from the realm in 1290; it did not