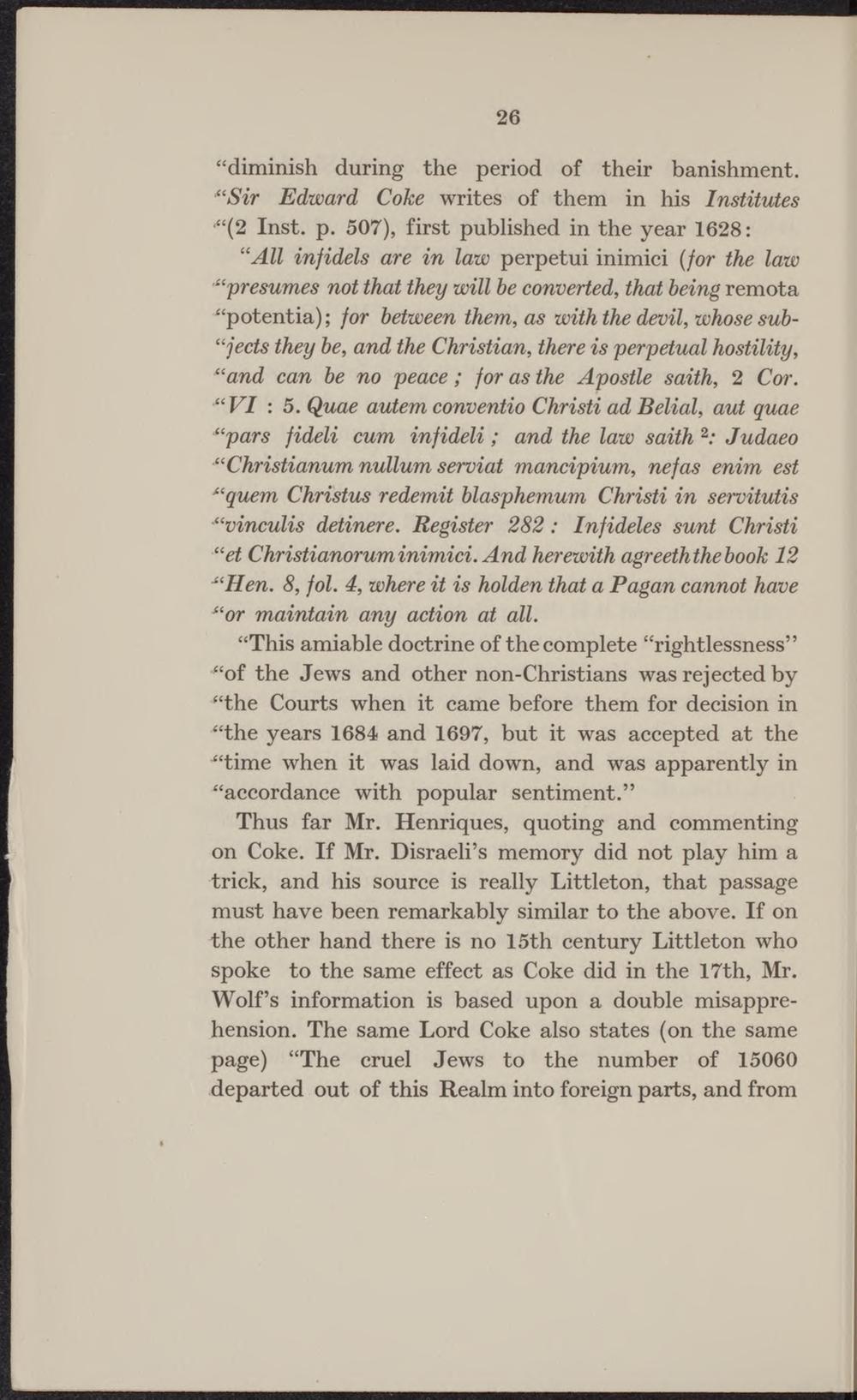 "diminish during the period of their banishment. "Sir Edward Coke writes of them in his Institutes "(2 Inst. p. 507), first published in the year 1628:

"All infidels are in law perpetui inimici (for the law "presumes not that they will be converted, that being remota "potentia); for between them, as with the devil, whose sub"jects they be, and the Christian, there is perpetual hostility, "and can be no peace; for as the Apostle saith, 2 Cor. "VI : 5. Quae autem conventio Christi ad Belial, aut quae "pars fideli cum infideli; and the law saith 2: Judaeo "ChristianumnuUumserviat mancipium, nefas enim est "quem Christus redemit blasphemum Christi in servitutis "vineulis detinere. Register 282: Infidéles sunt Christi "et Christianoruminimici. And herewith agreeththebook 12 "Hen. 8, fol. 4, where it is hólden that a Pagan cannot have "or maintain any action at all.

"This amiable doctrine of the complete "rightlessness" ■"of the Jews and other non-Christians was rejected by "the Courts when it came before them for decision in •"the years 1684 and 1697, but it was accepted at the •"time when it was laid down, and was apparently in "accordance with popular sentiment."

Thus far Mr. Henriques, quoting and commenting on Coke. If Mr. Disraeli's memory did not play him a "trick, and his source is really Littleton, that passage must have been remarkably similar to the above. If on the other hand there is no 15th century Littleton who spoke to the same effect as Coke did in the 17th, Mr. Wolf's information is based upon a doublé misapprehension. The same Lord Coke also states (on the same page) "The cruel Jews to the number of 15060 .departed out of this Realm into foreign parts, and from