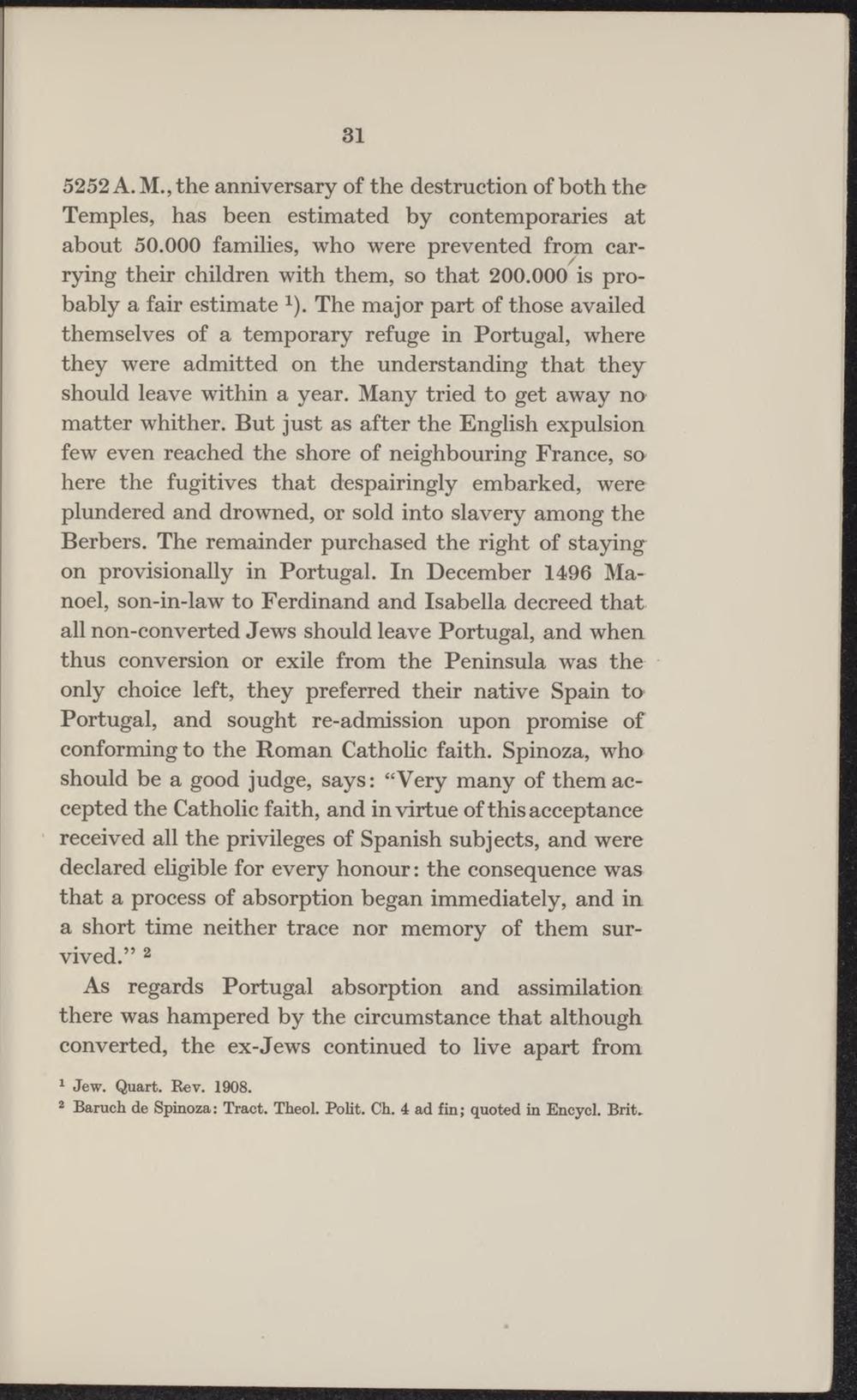 5252A.M.,the anniversary of the destruction of both the Temples, has been estimated by contemporaries at about 50.000 families, who were prevented from carrying their children with them, so that 200.000 is probably a fair estimate x). The major part of those availed themselves of a temporary refuge in Portugal, where they were admitted on the understanding that they should leave within a year. Many tried to get away no matter whither. But just as after the English expulsion few even reached the shore of neighbouring France, so here the fugitives that despairingly embarked, were plundered and drowned, or sold into slavery among the Berbers. The remainder purchased the right of staying on provisionally in Portugal. In December 1496 Manoel, son-in-law to Ferdinand and Isabella decreed that all non-converted Jews should leave Portugal, and when thus conversion or exile from the Peninsula was the only choice left, they preferred their native Spain to Portugal, and sought re-admission upon promise of conforming to the Roman Catholic faith. Spinoza, who should be a good judge, says: "Very many of themaccepted the Catholic faith, and invirtue of thisacceptance received all the privileges of Spanish subjects, and were declared eligible for every honour: the consequence was that a process of absorption began immediately, and in a short time neither tracé nor memory of them survived." 2

As regards Portugal absorption and assimilation there was hampered by the circumstance that although converted, the ex-Jews continued to live apart from