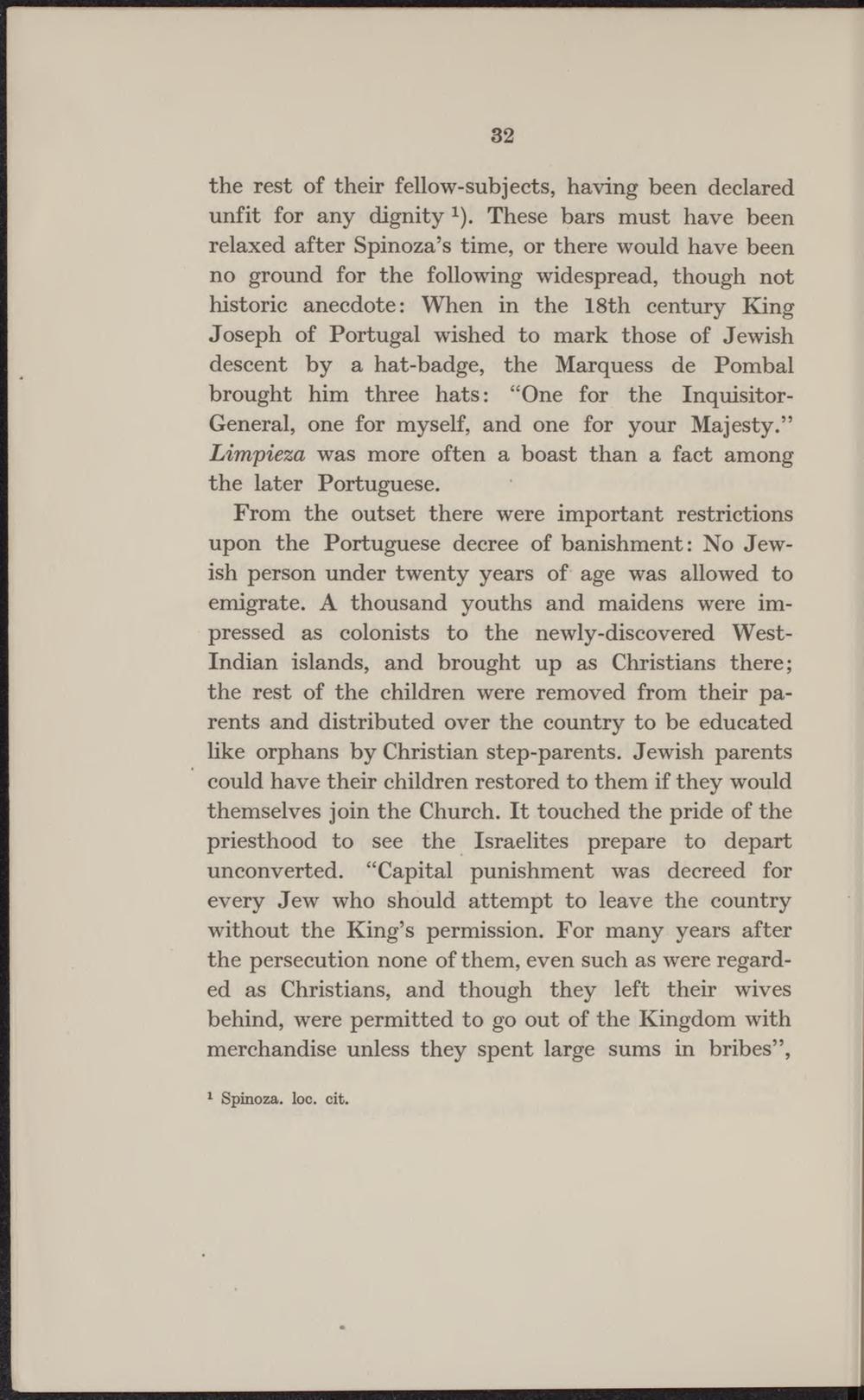 the rest of their fellow-subjects, having been declared unfit for any dignity J). These bars must have been relaxed after Spinoza's time, or there would have been no ground for the following widespread, though not historie anecdote: When in the 18th century King Joseph of Portugal wished to mark those of Jewish descent by a hat-badge, the Marquess de Pombal brought him three hats: "One for the InquisitorGeneral, one for myself, and one for your Majesty." Limpieza was more often a boast than a fact among the later Portuguese.

From the outset there were important restrictions upon the Portuguese decree of banishment: No Jewish person under twenty years of age was allowed to emigrate. A thousand youths and maidens were impressed as colonists to the newly-discovered WestIndian islands, and brought up as Christians there; the rest of the children were removed from their parents and distributed over the country to be educated like orphans by Christian step-parents. Jewish parents could have their children restored to them if they would themselves join the Church. It touched the pride of the priesthood to see the Israelites prepare to depart unconverted. "Capital punishment was decreed for every Jew who should attempt to leave the country without the King's permission. For many years after the persecution none of them, even such as were regarded as Christians, and though they left their wives behind, were permitted to go out of the Kingdom with merchandise unless they spent large sums in bribes",