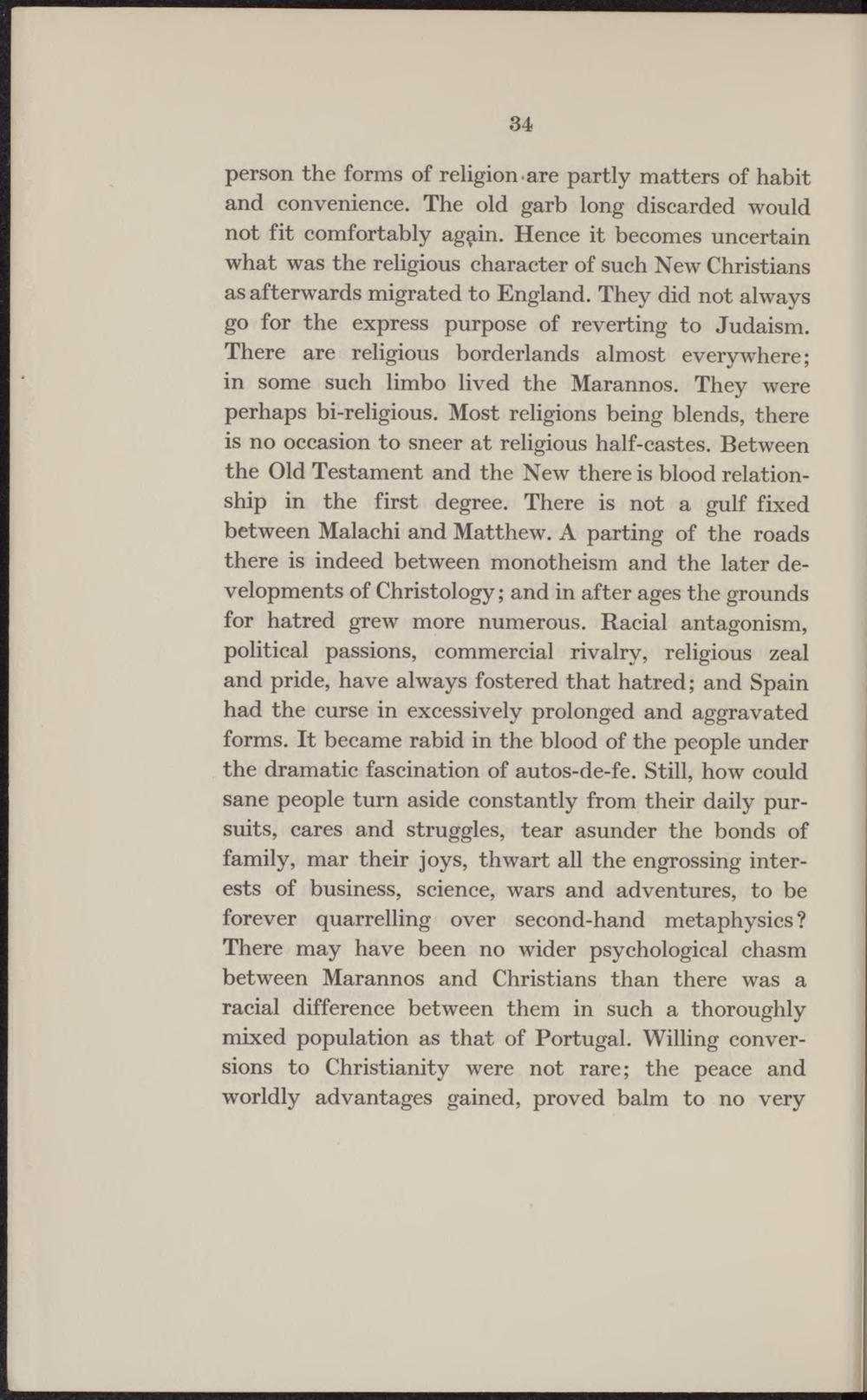 person the forms of religion.are partly matters of habit and convenience. The old garb long discarded would not fit comfortably again. Hence it becomes uncertain what was the religious character of such New Christians as afterwards migrated to England. They did not always go for the express purpose of reverting to Judaism. There are religious borderlands almost everywhere; in some such limbo lived the Marannos. They were perhaps bi-religious. Most religions being blends, there is no occasion to sneer at religious half-castes. Between the Old Testament and the New there is blood relationship in the first degree. There is not a gulf fixed between Malachi and Matthew. A parting of the roads there is indeed between monotheism and the later developments of Christology; and in after ages the grounds for hatred grew more numerous. Racial antagonism, political passions, commercial rivalry, religious zeal and pride, have always fostered that hatred; and Spain had the curse in excessively prolonged and aggravated forms. It became rabid in the blood of the people under the dramatic fascination of autos-de-fe. Still, how could sane people turn aside constantly from their daily pursuits, cares and struggles, tear asunder the bonds of family, mar their joys, thwart all the engrossing interests of business, science, wars and adventures, to be forever quarrelling over second-hand metaphysics? There may have been no wider psychological chasm between Marannos and Christians than there was a racial difference between them in such a thoroughly mixed population as that of Portugal. Willing conversions to Christianity were not rare; the peace and worldly advantages gained, proved balm to no very