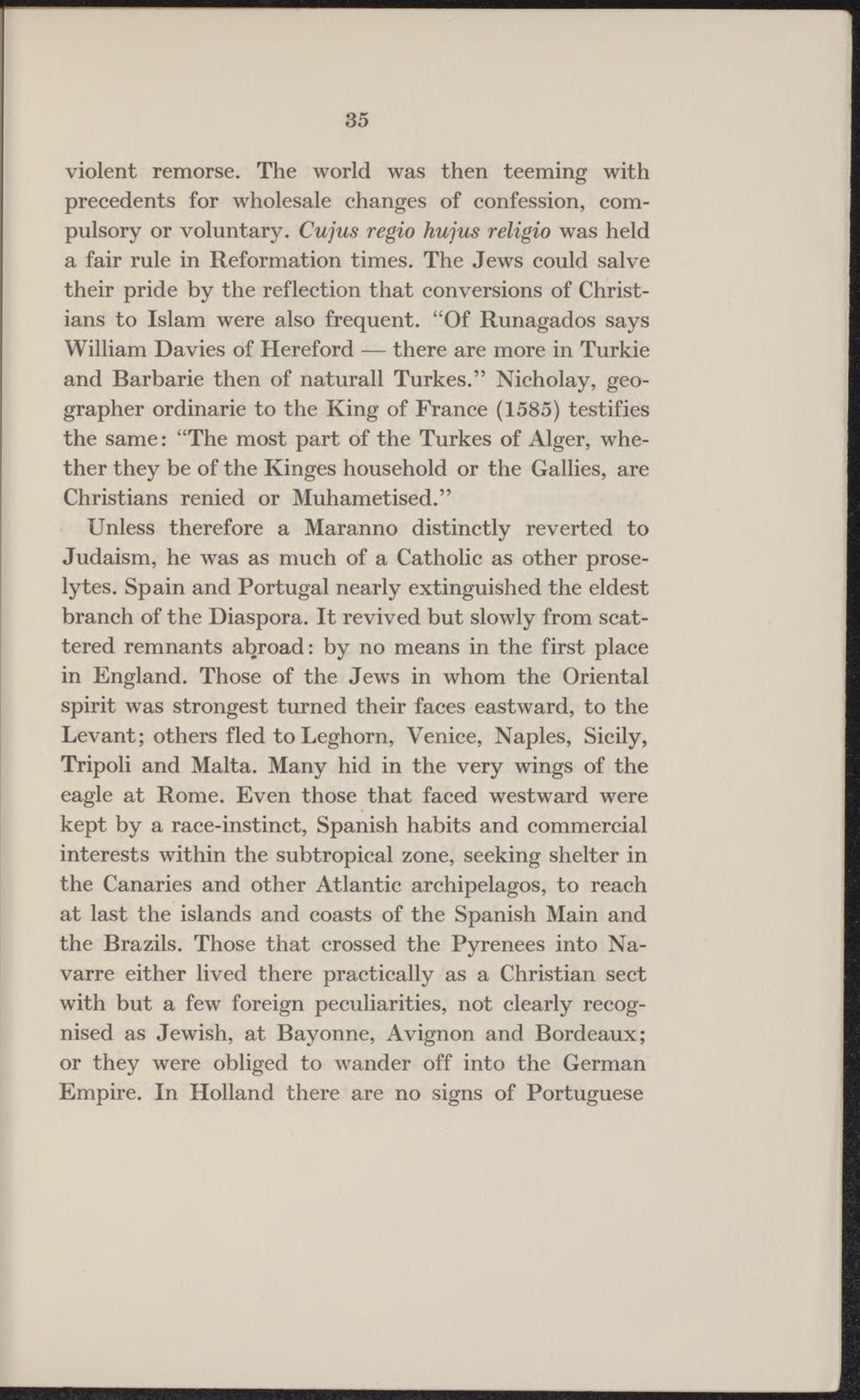 violent remorse. The world was then teeming with precedents for wholesale changes of confession, compulsory or voluntary. Cujus regio hujus religio was held a fair rule in Reformation times. The Jews could salve their pride by the reflection that conversions of Christians to Islam were also frequent. "Of Runagados says William Davies of Hereford — there are more in Turkie and Barbarie then of naturall Turkes." Nicholay, geographer ordinarie to the King of France (1585) testifies the same: "The most part of the Turkes of Alger, whether they be of the Kinges household or the Gallies, are Christians renied or Muhametised."

Unless therefore a Maranno distinctly reverted to Judaism, he was as much of a Cathoüc as other proselytes. Spain and Portugal nearly extinguished the eldest branch of the Diaspora. It revived but slowly from scattered remnants abroad: by no means in the first place in England. Those of the Jews in whom the Oriental spirit was strongest turned their faces eastward, to the Levant; others fled to Leghorn, Venice, Naples, Sicily, Tripoli and Malta. Many hid in the very wings of the eagle at Rome. Even those that faced westward were kept by a race-instinct, Spanish habits and commercial interests within the subtropical zone, seeking shelter in the Canaries and other Atlantic archipelagos, to reach at last the islands and coasts of the Spanish Main and the Brazils. Those that crossed the Pyrenees into Navarre either lived there practically as a Christian sect with but a few foreign peculiarities, not clearly recognised as Jewish, at Bayonne, Avignon and Bordeaux; or they were obliged to wander off into the German Empire. In Holland there are no signs of Portuguese