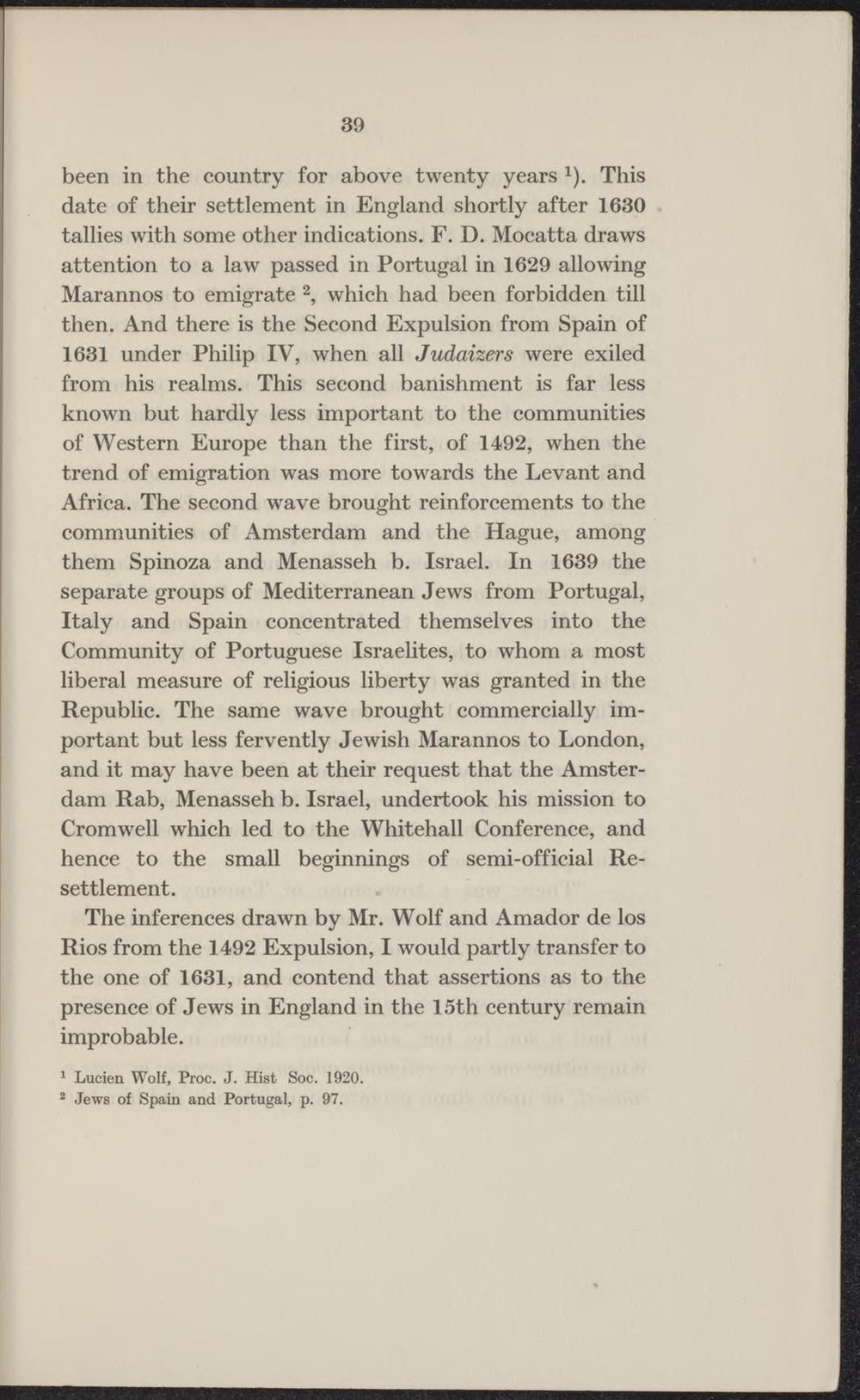 been in the country for above twenty years This date of their settlement in England shortly after 1630 tallies with some other indications. F. D. Mocatta draws attention to a law passed in Portugal in 1629 allowing Marannos to emigrate 2, which had been forbidden till then. And there is the Second Expulsion from Spain of 1681 under Philip IV, when all Judaizers were exiled from his realms. This second banishment is far less known but hardly less important to the communities of Western Europe than the first, of 1492, when the trend of emigration was more towards the Levant and Africa. The second wave brought reinforcements to the communities of Amsterdam and the Hague, among them Spinoza and Menasseh b. Israël. In 1639 the separate groups of Mediterranean Jews from Portugal, Italy and Spain concentrated themselves into the Community of Portuguese Israelites, to whom a most liberal measure of religious liberty was granted in the Republie» The same wave brought commercially important but less fervently Jewish Marannos to London, and it may have been at their request that the Amsterdam Rab, Menasseh b. Israël, undertook his mission to Cromwell which led to the Whitehall Conference, and hence to the small beginnings of semi-official Resettlement.

The inferences drawn by Mr. Wolf and Amador de los Rios from the 1492 Expulsion, I would partly transfer to the one of 1631, and contend that assertions as to the presence of Jews in England in the 15th century remain improbable.