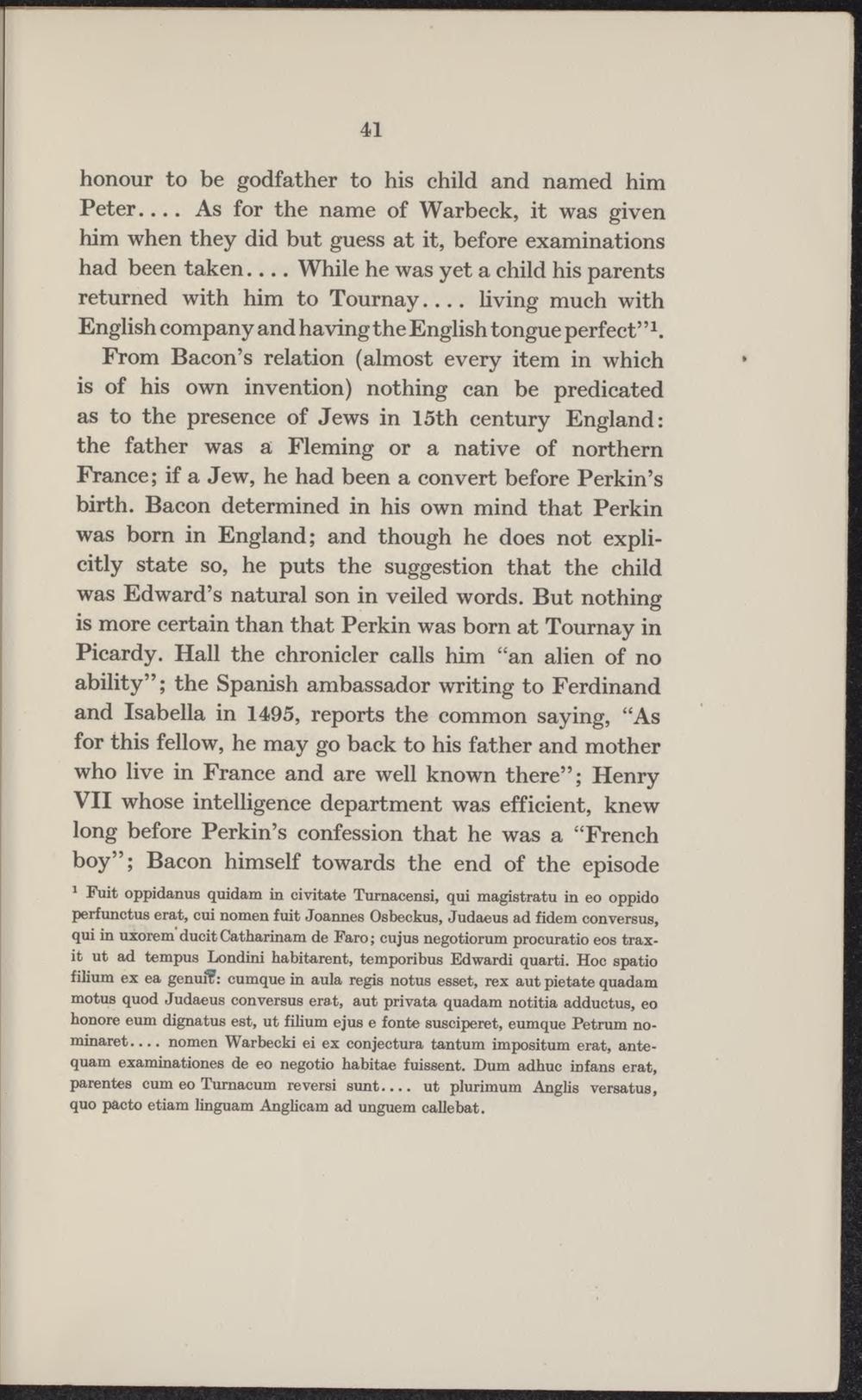 honour to be godfather to his child and named him Peter.... As for the name of Warbeck, it was given him when they did but guess at it, before examinations had been taken.... While he was yet a child his parents

returned with him to Tournay living much with

English company and having the English tongue perfect" H From Bacon's relation (almost every item in which is of his own invention) nothing can be predicated as to the presence of Jews in 15th century England: the father was a Fleming or a native of northern France; if a Jew, he had been a convert before Perkin's birth. Bacon determined in his own mind that Perkin was bom in England; and though he does not explicitly state so, he puts the suggestion that the child was Edward's natural son in veiled words. But nothing is more certain than that Perkin was born at Tournay in Picardy. Hall the chronicler calls him "an alien of no ability"; the Spanish ambassador writing to Ferdinand and Isabella in 1495, reports the common saying, "As for this fellow, he may go back to his father and mother who live in France and are well known there"; Henry VII whose intelligence department was efficiënt, knew long before Perkin's confession that he was a "French boy"; Bacon himself towards the end of the episode