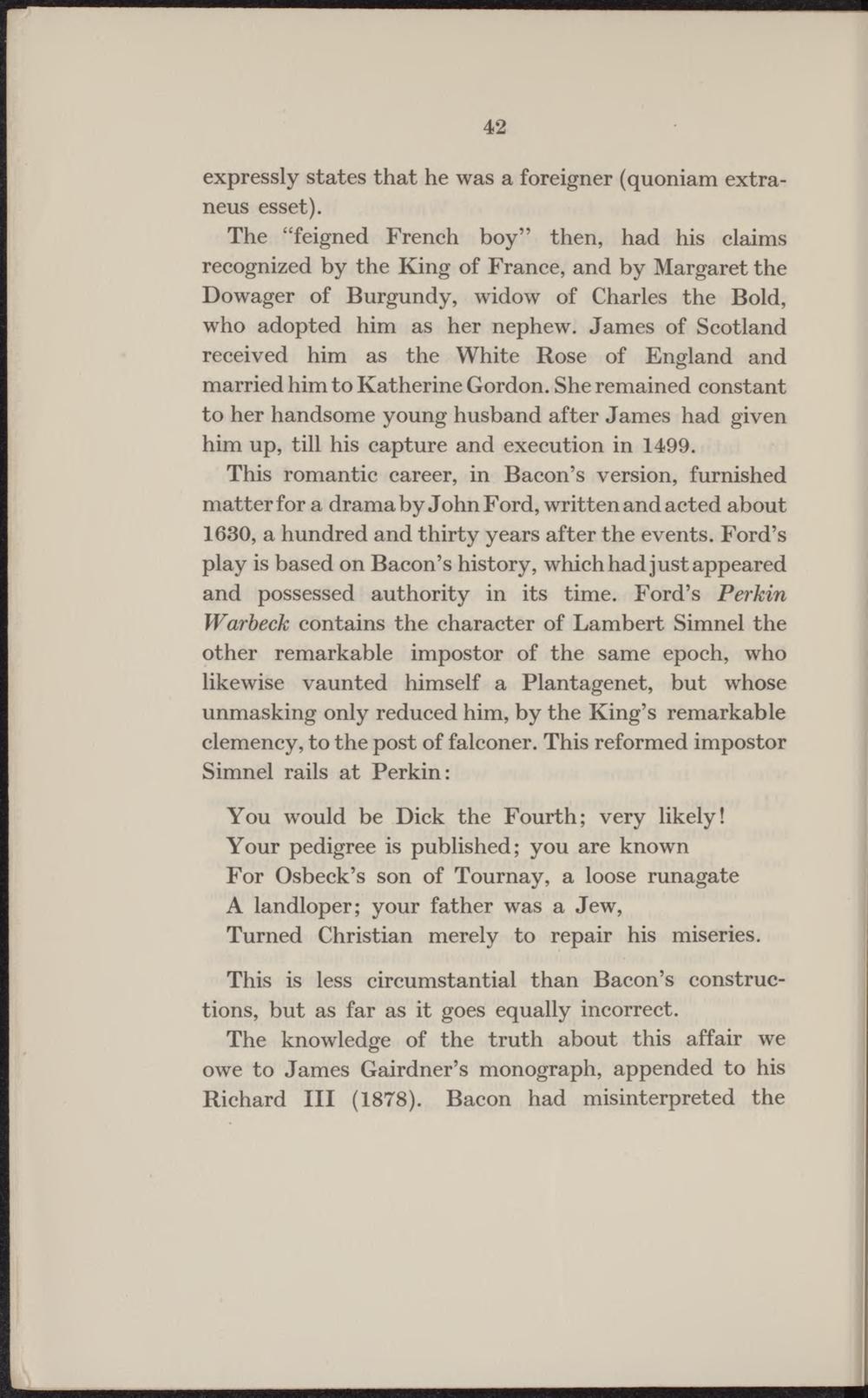 expressly states that he was a foreigner (quoniam extraneus esset).

The "feigned French boy" then, had his claims recognized by the King of France, and by Margaret the Dowager of Burgundy, widow of Charles the Bold, who adopted him as her nephew. James of Scotland received him as the White Rose of England and married him to Katherine Gordon. She remained constant to her handsome young husband after James had given him up, till his capture and execution in 1499.

This romantic career, in Bacon's version, furnished matter for a drama by John Ford, written and acted about 1630, a hundred and thirty years after the events. Ford's play is based on Bacon's history, which had justappeared and possessed authority in its time. Ford's Perkin Warbeck contains the character of Lambert Simnel the other remarkable impostor of the same epoch, who likewise vaunted himself a Plantagenet, but whose unmasking only reduced him, by the King's remarkable clemency, to the post of falconer. This reformed impostor Simnel rails at Perkin:

You would be Dick the Fourth; very likely! Your pedigree is published; you are known For Osbeck's son of Tournay, a loose runagate A landloper; your father was a Jew, Turned Christian merely to repair his miseries.

This is less circumstantial than Bacon's construetions, but as far as it goes equally incorrect.

The knowledge of the truth about this affair we owe to James Gairdner's monograph, appended to his Richard III (1878). Bacon had misinterpreted the