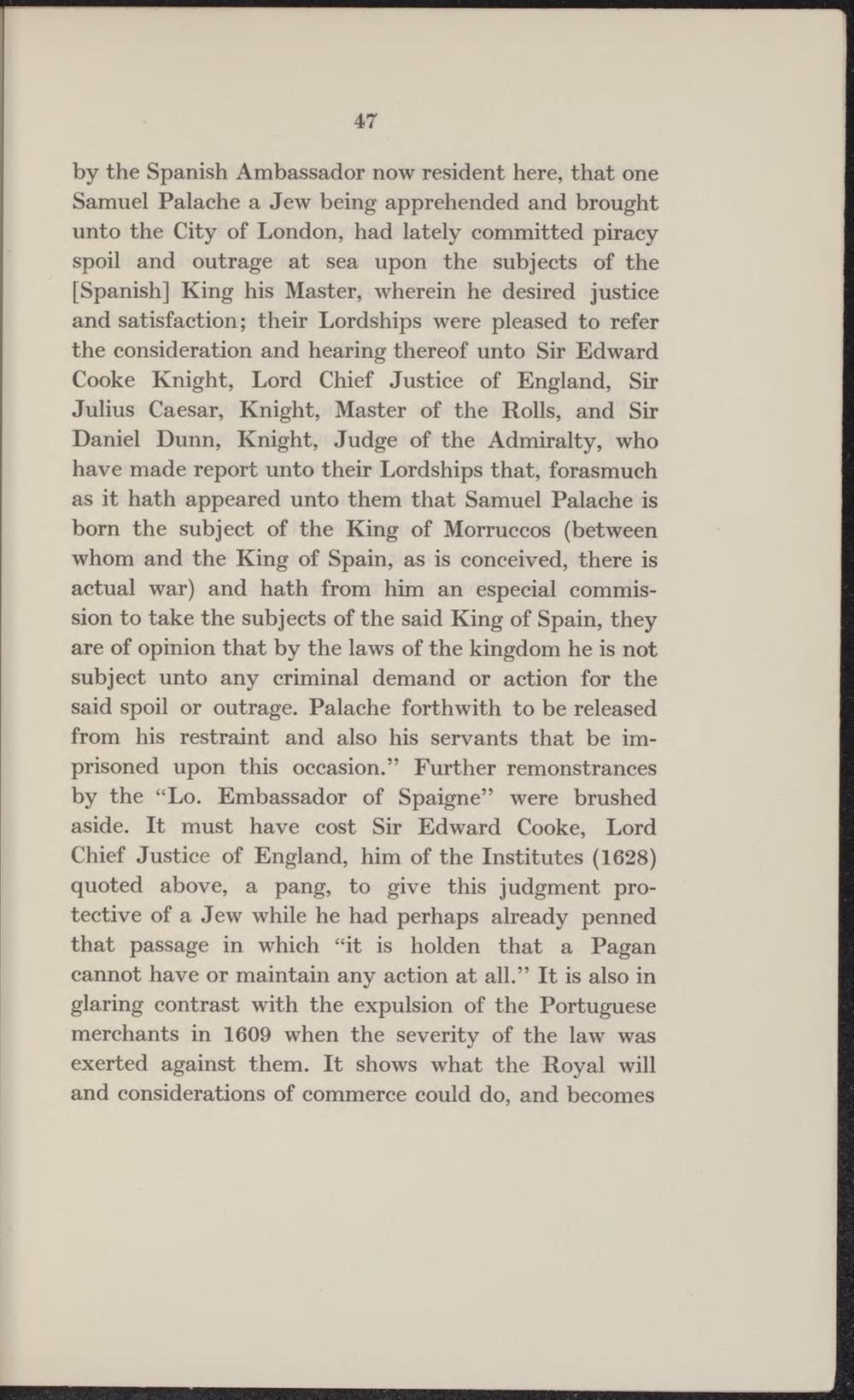 by the Spanish Ambassador now resident here, that one Samuel Palache a Jew being apprehended and brought unto the City of London, had lately committed piracy spoil and outrage at sea upon the subjects of the [Spanish] King his Master, wherein he desired justice and satisfaction; their Lordships were pleased to refer the consideration and hearing thereof unto Sir Edward Cooke Knight, Lord Chief Justice of England, Sir Julius Caesar, Knight, Master of the Rolls, and Sir Daniël Dunn, Knight, Judge of the Admiralty, who have made report unto their Lordships that, forasmuch as it hath appeared unto them that Samuel Palache is born the subject of the King of Morruccos (between whom and the King of Spain, as is conceived, there is actual war) and hath from him an especial commission to take the subjects of the said King of Spain, they are of opinion that by the laws of the kingdom he is not subject unto any criminal demand or action for the said spoil or outrage. Palache forthwith to be released from his restraint and also his servants that be imprisoned upon this occasion." Further remonstrances by the "Lo. Embassador of Spaigne" were brushed aside. It must have cost Sir Edward Cooke, Lord Chief Justice of England, him of the Institutes (1628) quoted above, a pang, to give this judgment protective of a Jew while he had perhaps already penned that passage in which "it is holden that a Pagan cannot have or maintain any action at all." It is also in glaring contrast with the expulsion of the Portuguese merchants in 1609 when the severity of the law was exerted against them. It shows what the Royal will and considerations of commerce could do, and becomes