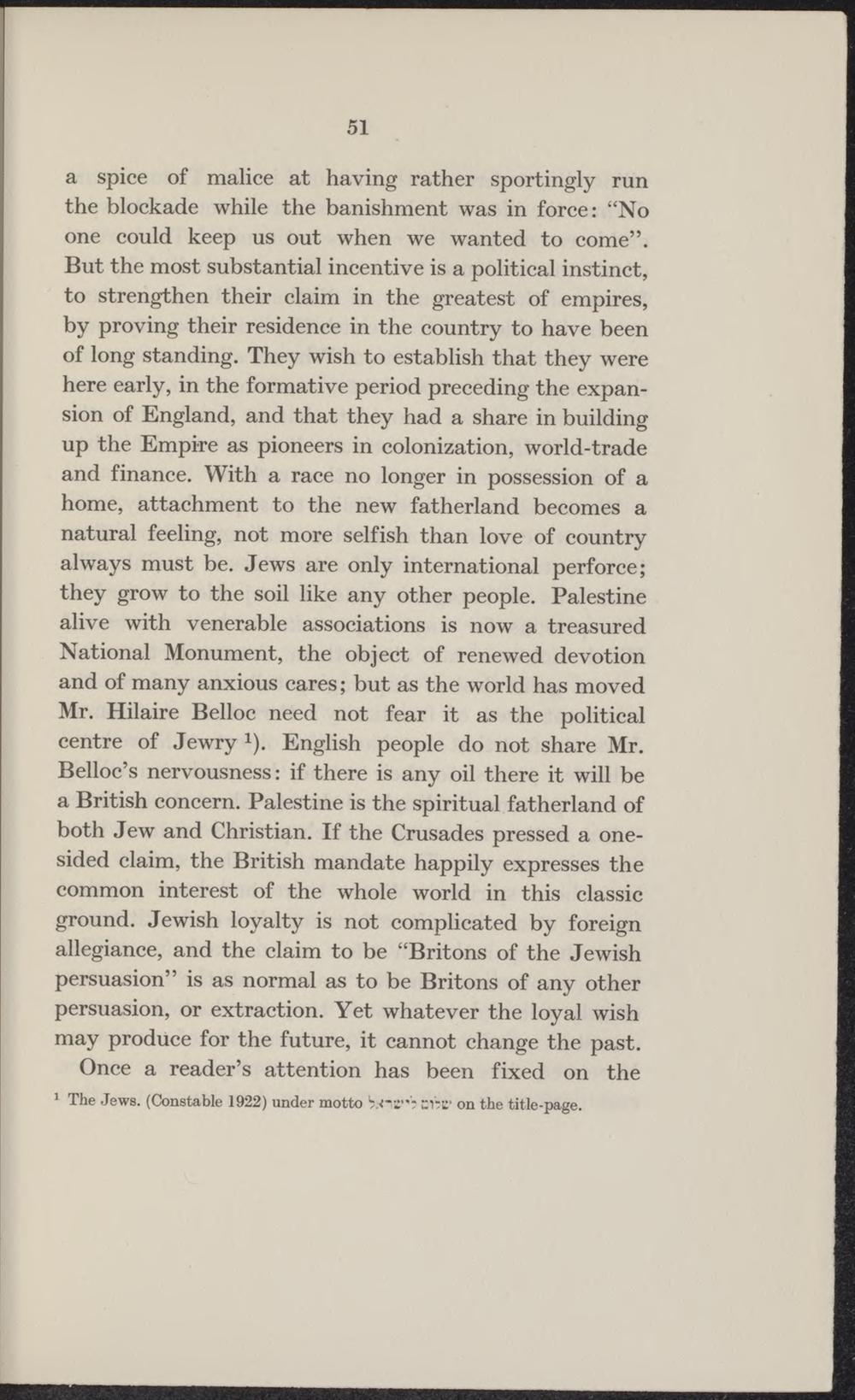 a spice of malice at having rather sportingly run the bloekade while the banishment was in force: "No one could keep us out when we wanted to come". But the most substantial incentive is a political instinct, to strengthen their claim in the greatest of empires, by proving their residence in the country to have been of long standing. They wish to establish that they were here early, in the formative period preceding the expansion of England, and that they had a share in building up the Empire as pioneers in colonization, world-trade and finance. With a race no longer in possession of a home, attachment to the new fatherland becomes a natural feeling, not more selfish than love of country always must be. Jews are only international perforce; they grow to the soil like any other people. Palestine alive with venerable associations is now a treasured National Monument, the object of renewed devotion and of many anxious cares; but as the world has moved Mr. Hilaire Belloc need not fear it as the political centre of Jewry 1). English people do not share Mr. Belloc's nervousness: if there is any oil there it will be a British concern. Palestine is the spiritual fatherland of both Jew and Christian. If the Crusades pressed a onesided claim, the British mandate happily expresses the common interest of the whole world in this classic ground. Jewish loyalty is not complicated by foreign allegiance, and the claim to be "Britons of the Jewish persuasion" is as normal as to be Britons of any other persuasion, or extraction. Yet whatever the loyal wish may prodUce for the future, it cannot change the past. Once a reader's attention has been fixed on the