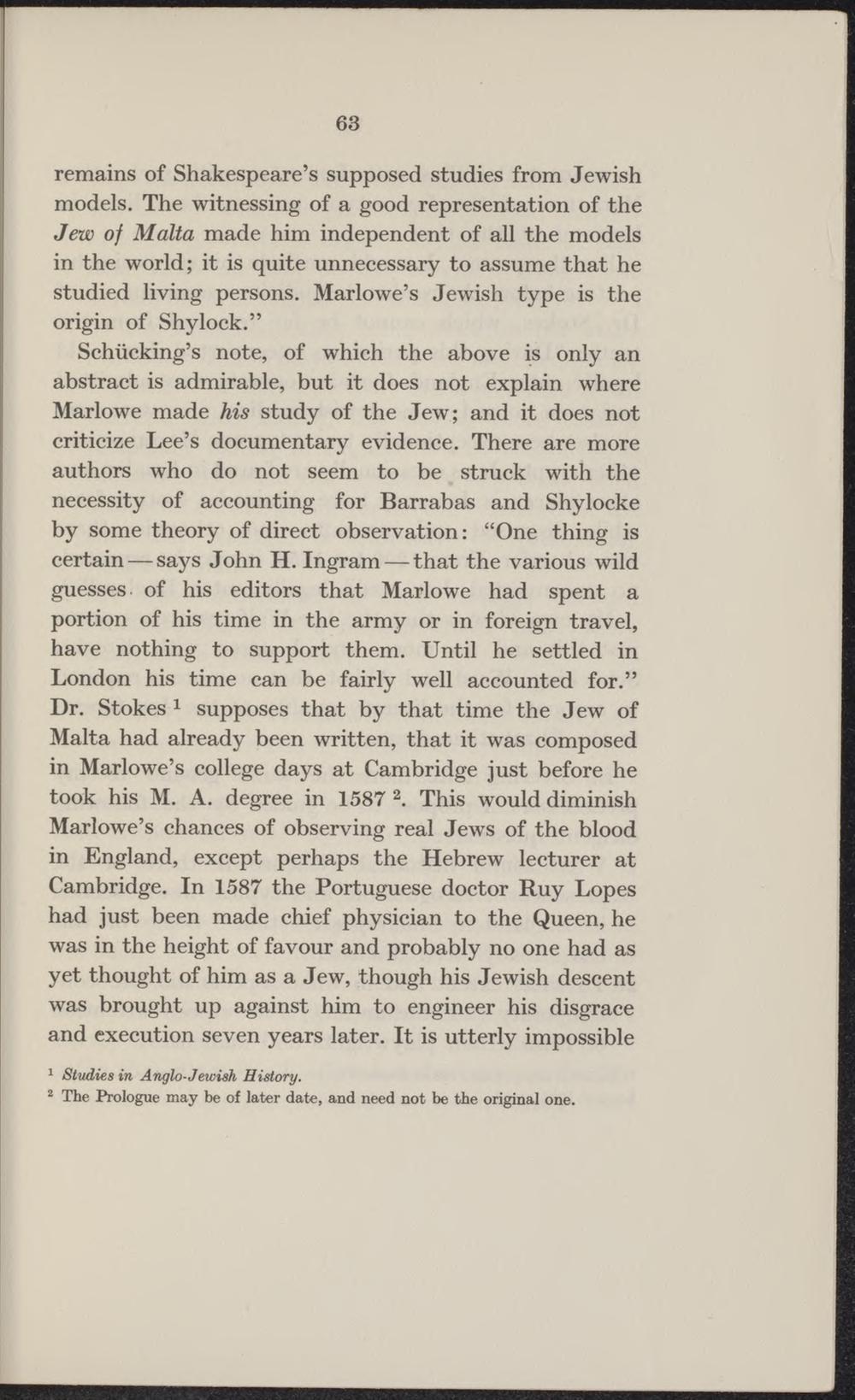 remains of Shakespeare's supposed studies from Jewish models. The witnessing of a good representation of the Jew of Malta made him independent of all the models in the world; it is quite unnecessary to assume that he studied Uving persons. Marlowe's Jewish type is the origin of Shylock."

Schücking's note, of which the above is only an abstract is admirable, but it does not explain where Marlowe made his study of the Jew; and it does not criticize Lee's documentary evidence. There are more authors who do not seem to be struck with the necessity of accounting for Barrabas and Shylocke by some theory of direct observation: "One thing is certain—says John H. Ingram—that the various wild guesses. of his editors that Marlowe had spent a portion of his time in the army or in foreign travel, have nothing to support them. Until he settled in London his time can be fairly well accounted for." Dr. Stokes 1 supposes that by that time the Jew of Malta had already been written, that it was composed in Marlowe's college days at Cambridge just before he took his M. A. degree in 1587 2. This would diminish Marlowe's chances of observing real Jews of the blood in England, except perhaps the Hebrew lecturer at Cambridge. In 1587 the Portuguese doctor Ruy Lopes had just been made chief physician to the Queen, he was in the height of favour and probably no one had as yet thought of him as a Jew, though his Jewish descent was brought up against him to engineer his disgrace and execution seven years later. It is utterly impossible

* The Prologue may be of later date, and need not be the original one.