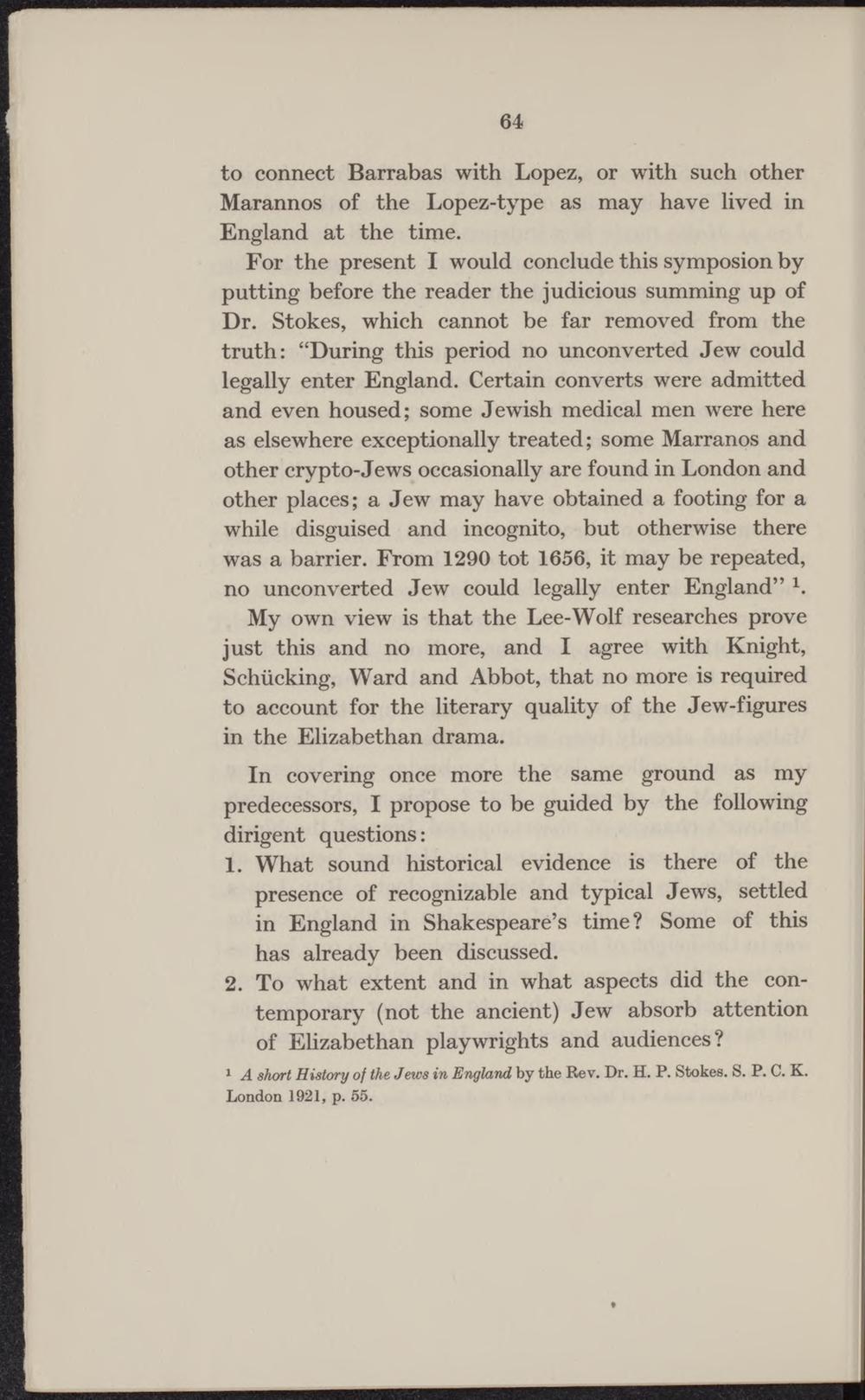 to connect Barrabas with Lopez, or with such other Marannos of the Lopez-type as may have lived in England at the time.

For the present I would conclude this symposion by putting before the reader the judicious summing up of Dr. Stokes, which cannot be far removed from the truth: "During this period no unconverted Jew could legally enter England. Certain converts were admitted and even housed; some Jewish medical men were here as elsewhere exceptionally treated; some Marranos and other crypto-Jews occasionally are found in London and other places; a Jew may have obtained a footing for a while disguised and incognito, but otherwise there was a barrier. From 1290 tot 1656, it may be repeated, no unconverted Jew could legally enter England" 1.

My own view is that the Lee-Wolf researches prove just this and no more, and I agree with Knight, Schücking, Ward and Abbot, that no more is required to account for the literary quality of the Jew-figures in the Elizabethan drama.

In covering once more the same ground as my predecessors, I propose to be guided by the following dirigent questions:

tl What sound historical evidence is there of the presence of recognizable and typical Jews, settled in England in Shakespeare's time? Some of this has already been discussed.

2. To what extent and in what aspects did the contemporary (not the ancient) Jew absorb attention of Elizabethan playwrights and audiences?