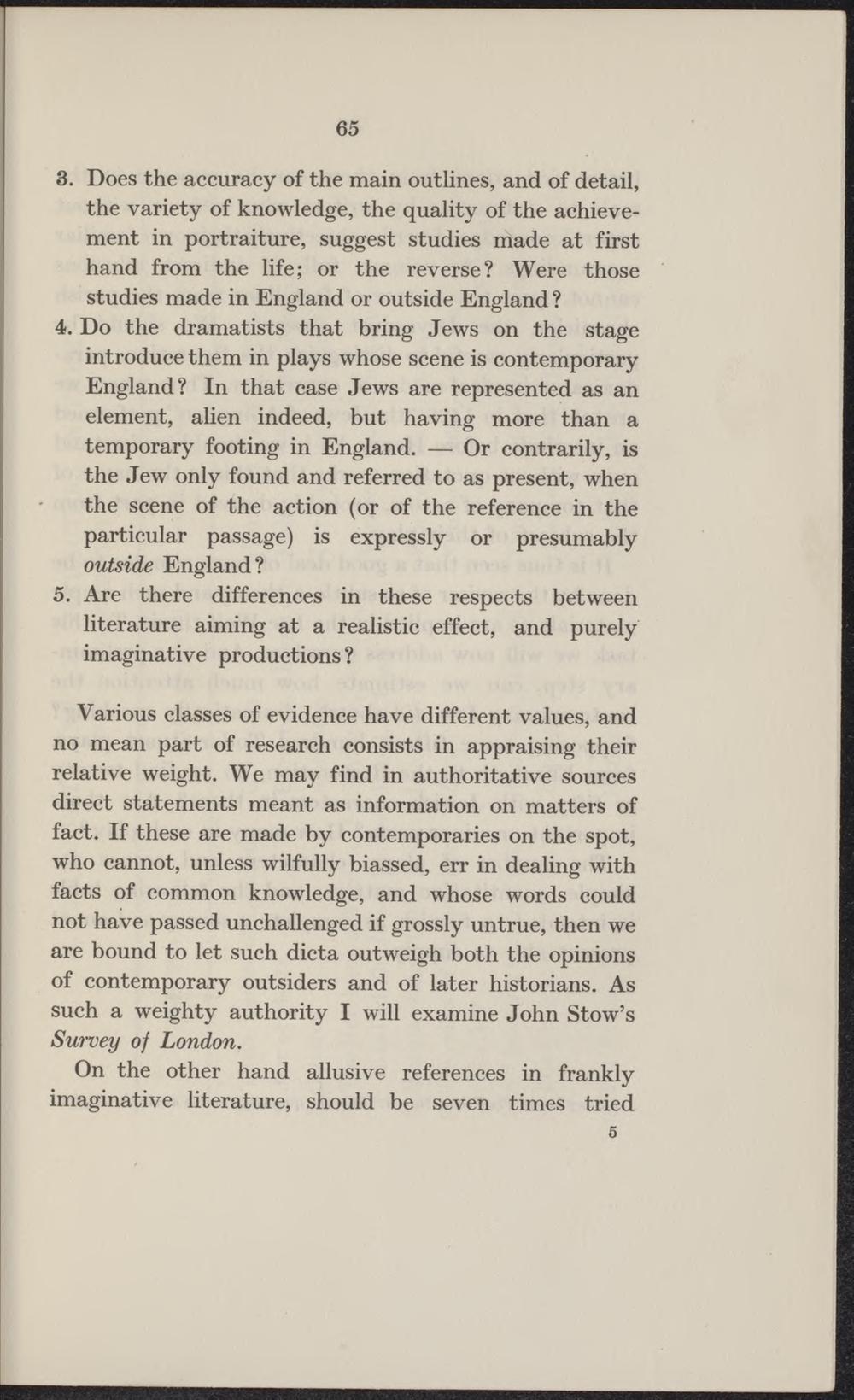 8. Does the accuracy of the main outlines, and of detail, the variety of knowledge, the quality of the achievement in portraiture, suggest studies made at first hand from the life; or the reverse? Were those studies made in England or outside England?

4. Do the dramatists that bring Jews on the stage introducé them in plays whose scène is contemporary England? In that case Jews are represented as an element, alien indeed, but having more than a temporary footing in England. — Or contrarily, is the Jew only found and referred to as present, when the scène of the action (or of the reference in the particular passage) is expressly or presumably outside England?

5. Are there differences in these respects between literature aiming at a realistic effect, and purely imaginative productions?

Various classes of evidence have different values, and no mean part of research consists in appraising their relative weight. We may find in authoritative sources direct statements meant as information on matters of fact. If these are made by contemporaries on the spot, who cannot, unless witfully biassed, err in dealing with facts of common knowledge, and whose words could not have passed unchallenged if grossly untrue, then we are bound to let such dicta outweigh both the opinions of contemporary outsiders and of later historians. As such a weighty authority I will examine John Stow's Survey of London.

On the other hand allusive references in frankly imaginative literature, should be seven times tried